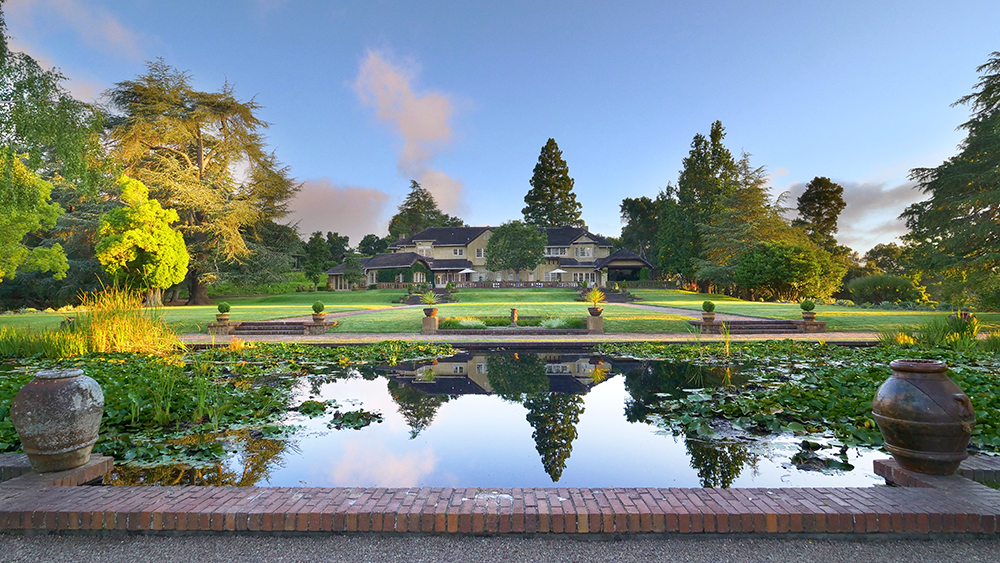 Having one residence is great, but having more is generally better—especially if you’re having family over. Green Gables, which just hit the market for $135 million, has seven in total. Located in Woodside, one of Silicon Valley’s wealthiest enclaves, the 74-acre property feels suitably remote, sitting just 30 miles south of San Francisco.

The listing isn’t affiliated with the L.M. Montgomery classic Anne of Green Gables, but it still rich with history. Mortimer Fleishhacker, a businessman who, among other things, helped fund (at the time) the world’s largest outdoor saltwater swimming pool, first bought the land at the turn of the 20th century. He tasked influential Arts and Crafts architects Greene and Greene with building the main house, which remains to this day.

A grand house, but Fleishhacker wanted more. He had a “Roman pool” built in front of it, a large pool with arches on one end with the look of ancient architecture. Then there was the “tea house” and a six-bedroom home for his daughter—the latter was designed by sought-after area architect William Wurster.

Some of the other homes also go way back; two of them were originally built in the 1860s and had to be updated. The property also has a separate butler’s residence, as well as a newer construction from the 1970s that has its own pool.

The landscaped flower and vegetable gardens are another major perk, though the next owner could make the available acreage into pretty much anything—there’s a barn that could be adapted for equestrian use; the land could also be made into a vineyard. Fleishhacker largely used the property as a sort of family vacation spot. It also makes for a great corporate retreat, since there are so many different structures on the property, and 32 beds in total. The United Nations held its 20th anniversary commemoration gala here in 1965, so it’s also great for hosting big parties.

Check out more photos of Green Gables below: