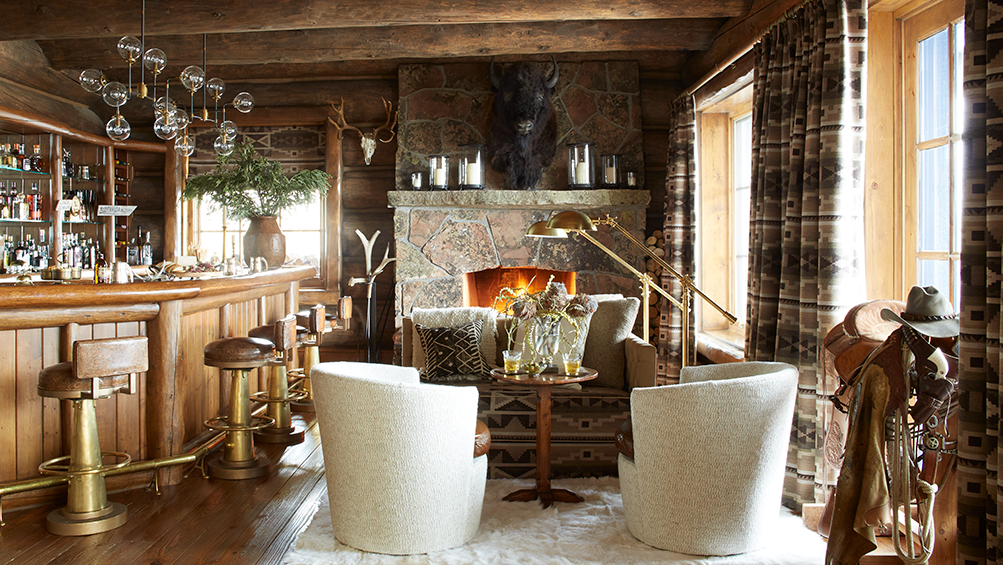 While Tiger Woods may have stolen the show—and the gold—at the 2019 Masters this past weekend, many of us still remember when Australian pro Greg Norman was the talk of the green. And the golfing legend has kept busy since his championship days of yore, especially in the world of luxury homes and products. In fact, his eponymously named Greg Norman Company operates over a dozen enterprises, ventures ranging from wakeboarding to Wagyu beef.

But when the entrepreneur isn’t busy building luxury homes in Los Cabos, he’s been known to kick back in his own personal oasis—a 14,000-square-foot ranch house in Meeker, Colorado. Now, the golfer is offering up his retreat to another lucky soul; the property has just been relisted for $50 million.

Known by the owners as Seven Lakes Ranch, the property isn’t just a home; it features 11,600 acres of mountainside tranquility and trails, all bordered by the White River National Forest. Originally purchased from businessman Henry Kravis, Norman had fallen in love with Meeker and its promise of freedom and seclusion—something that was in short supply during his high-profile career.

“I was always inside the ropes, in front of thousands of people,” Norman tells Robb Report of the decision. “But I enjoyed solitude wherever I went. I liked that feeling of freedom around me.”

But the ranch didn’t always have such a rustic-glam aesthetic. It had previously been used as a corporate retreat under Kravis, so when Norman inherited it, the interiors had a dark, heavy, more professional color palette. Luckily, in addition to meat, eyewear and sports gear, Greg Norman Company also has a baked-in design arm: Norman Design Group, led by Norman’s wife, Kirsten. After two summers of revamp, the space went from professional respite to sportsman’s paradise.

The lodge also includes a master bedroom and six guest bedrooms on the second floor, as well as a walk-in wine cellar in the basement. There’s also an expansive, outdoor stone terrace—perfect for a late night bonfire.

And while the main lodge’s design and scope is certainly impressive, Seven Lakes Ranch is a sportsman’s oasis first and foremost—courtesy of its reliably adventurous owner. Residents and guests can fish on the White River, horseback ride alongside the property’s lakes and ponds, hunt elk in the forest or just shoot the breeze (quite literally) at the sporting clays course.

Alternatively, you can get into some really epic road grading, as Norman did.

The first floor features a wall of windows from which to view the wilderness.  Photography by Max Kim Bee

While the property has three horse barns for Duke, there’s not a golf course in sight. This was a conscious choice by Norman—evidentially such a setup would only be used a few months out of the year, given the Meeker climate; the cost and maintenance simply wouldn’t be worth it. Not to mention it would be a touch out of place.

Still, there’s plenty of reason—and space—to invite a few friends over, as the property comes with six guest cabins, including a lakeside executive cabin. And showing off the property and its various experiences is what Norman likes best about Seven Lakes Ranch.

“You get to see people evolve and do something they’ve never done before,” he says. “I get a big kick out of that.”

Steven Shane of Compass has the exclusive listing for Seven Lakes Ranch.

See more photos of the property (and all the wild blue yonder it has to offer) below:

An exterior view of the ranch.  Photography by Max Kim Bee

The expansive stone terrace on the first floor of the main building.  Photography by Max Kim Bee

Norman and his wife explore the property from horseback.  Photography by Max Kim Bee