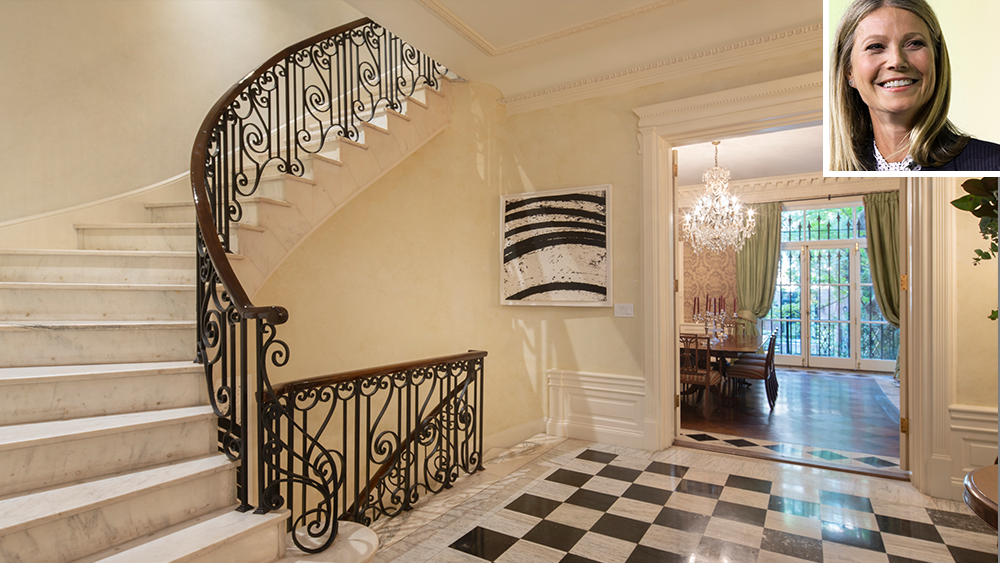 Before Gwyneth Paltrow launched her wellness brand, Goop, she was best known for starring in movies like Shakespeare in Love and Seven; before that, she lived in a townhouse on New York City’s Upper East Side with her parents, a property that you can now own for a healthy $15.5 million.

According to public records, movie producer and director Bruce Paltrow and Emmy-award-winning actress Blythe Danner owned the home from 1984 to 1992. This would’ve been during Gwyneth Paltrow’s teenage years, when she attended the Spence School, a private all-girls academy that’s just around the corner from the property.

The home, which is five stories and 7,205 square feet, is a fairly traditional, Renaissance-Revival-style townhouse. It was built in 1890 by architect Walter Reid Jr., and its location—at least for the moment—is pretty advantageous. All of the surrounding homes have low profiles, so they don’t obstruct the townhouse’s large windows, allowing for plenty of light to stream in.

Many of the original details have been carefully maintained, including the home’s six wood-burning fireplaces. There’s also a back garden just off the main foyer that’s ideal for entertaining. The dining room and living room spaces are both located on the second floor.

The primary bedroom and library occupy the third floor, and all of the guest bedrooms—the home is a seven-bed, seven-bath–sit on the fourth and fifth floors. One of the fourth-floor rooms has access to a private terrace that overlooks the garden below.

The library can be converted into a home office space, and the basement can be used for storage. According to the listing, there’s also a mature orange tree in the back garden.

As for Paltrow, she eventually left her 92nd Avenue home behind when she attended University of California, Santa Barbara; she eventually dropped out to pursue acting full-time. She didn’t leave New York completely in the dust, though. Her Tribeca apartment sold for $10.7 million in 2017, and she still has a home in the Hamptons.

Her former Upper East Side digs, meanwhile, may not exactly scream Goop, but they still have a lot to offer for the architecture buff with so much incredible woodwork, parquet flooring and other beautiful and historic details.