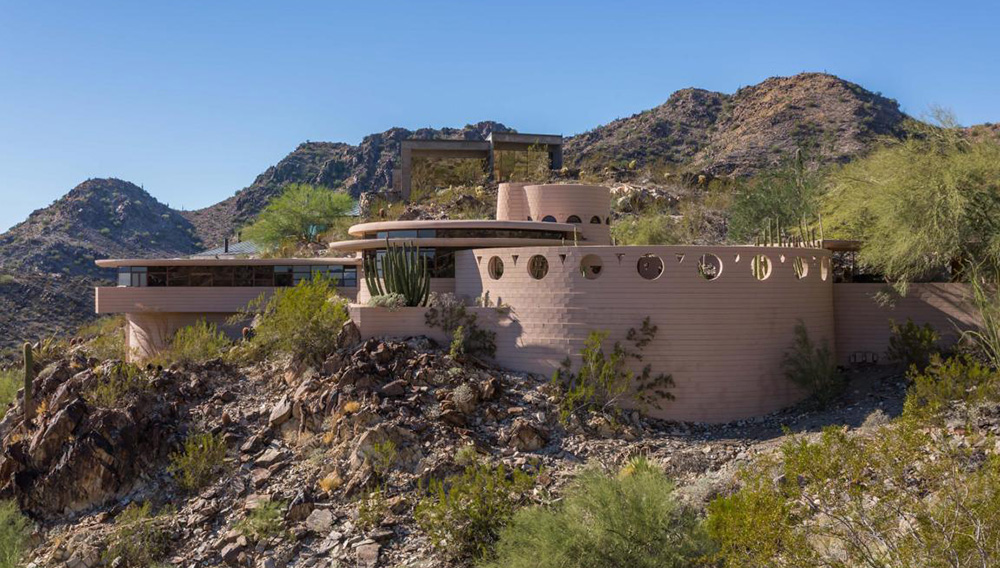 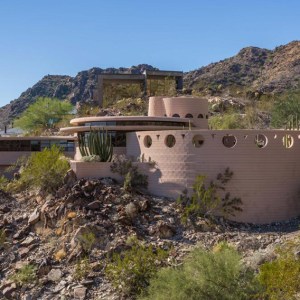 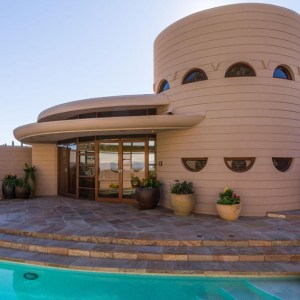 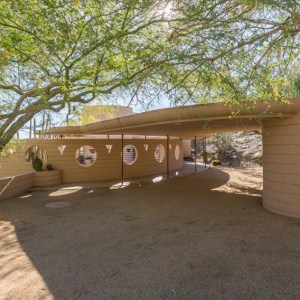 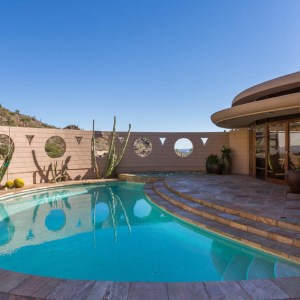 Despite designing over 1,000 structures (532 of which were built) during his storied career, architect Frank Lloyd Wright never ran low on creative inspiration. Each of his masterpieces—from the spiraling Guggenheim Museum in New York City to the Fallingwater home built over a waterfall in Pennsylvania—meld elements of the surrounding landscape to create organic-looking structures. Ten of Wright’s designs were nominated as World Heritage sites, a testament to the lasting importance of his work.

Prior to his death in 1959, Wright sketched the designs for the concentric Norman Lykes home in Phoenix, Ariz. Set atop a desert mesa overlooking Palm Canyon, the adobe-like home seamlessly blends into the surrounding environment. Situated on a one-acre lot, the 2,849-square-foot home is now on the market for $3.6 million, giving Frank Lloyd Wright fans the chance to own his final design.

Outside, a semicircle swimming pool serves as the focal point of a cactus-flecked courtyard. Double doors lead into a curvaceous living room with a floor-to-ceiling fireplace, built-in bookshelves and couches, and large windows overlooking the plateau. The circular kitchen is appointed with a custom-made round island, stainless-steel counters, and unique half-dome windows underneath the cabinets. The three-bedroom, three-bathroom house also features a home office with built-in shelves and half-moon windows, a media room, and Wright-designed furniture.

Although Wright died before the home was built, his apprentice John Rattenbury oversaw completion of the project in 1967. The home, which is registered with the Frank Lloyd Wright Building Conservancy, offers a rare chance to own a home designed by one of America’s finest architects. (homesmart.com)