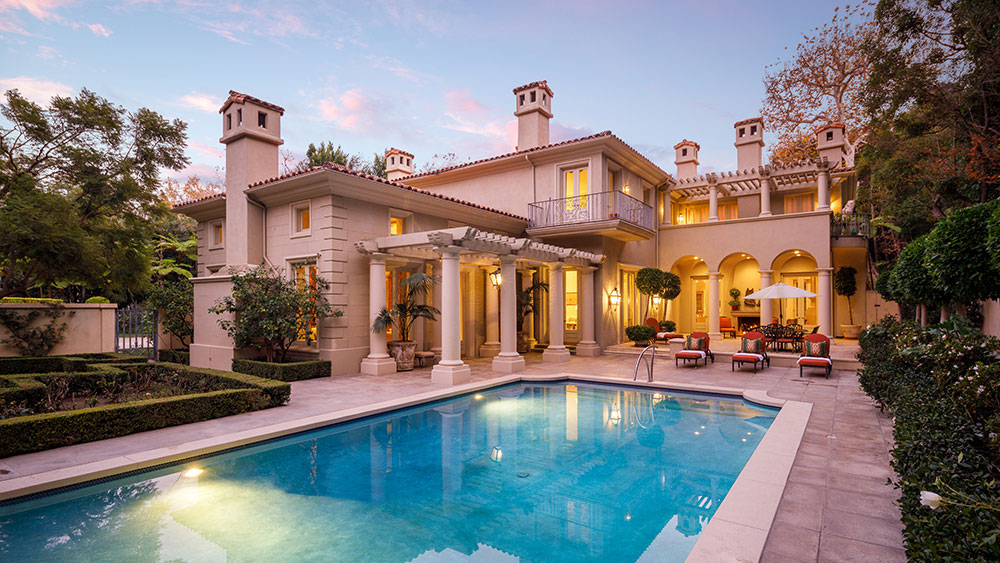 Legendary Chrysler CEO Lee Iacocca had a trademark saying when he was in front of the TV cameras hawking the latest Chrysler model: “If you can find a better car, buy it.”

If “Lido” were around today—he died last year at age 94—he might have modified his famous catchphrase to “If you can find a better house, buy it.”

Iacocca’s newly listed house is a classic 11,000-square-foot Tuscan-style mansion in tony Bel-Air, Calif., where Iacocca lived since retiring from Chrysler in 1993. It’s just hit the market for $26 million.

The high asking has a lot to do with its coveted location. The gated estate sits on Chalon Road just off Sunset Boulevard and a stone’s throw from the famous Bel-Air Country Club. It’s so close to the nearby five-star Hotel Bel-Air they supposedly let Iacocca use a private side entrance.

Of course, as the consummate negotiator—he was the man who persuaded the federal government to loan him $1.5 billion to bail out Chrysler—Iacocca was always the master of the deal. And maybe he also knew just how to work a speck of luck into a killer bargain.

The story goes that three years before Iacocca bought the Bel-Air estate, the newly constructed home had been listed by the builders for $11.9 million. It was eventually sold to a Hong Kong-based buyer for $8 million, but before completion, that buyer changed his mind and pulled out.

A tennis court and guest house are on the grounds.  Photo: Tyler Hogan Photography

The builders then defaulted on the loan, the lender went into federal receivership and the estate ended-up being repossessed by the FDIC with a value of close to $7 million. Records show wheeler-dealer Iacocca snapped it up for a fire-sale price of $4.25 million.

If the estate sells for anywhere close to the asking, it means the property will have appreciated close to 600 percent.

Sitting behind imposing gates, the main house is at the end of a tree-lined driveway and offers five bedrooms and eight bathrooms. In addition, there’s a spacious staff apartment and separate guest house.

“The residence’s long driveway and abundant space for parking contributed to the home’s rich history of lavish parties,” says broker Rick Hilton, of Hilton & Hyland, who shares the listing with David Kramer.

Upstairs, the huge master suite is big enough to have its own living area, along with twin bathrooms each with a fireplace and vast walk-in closets.

Outside, on the more-than-one-acre lot, there’s a swimming pool and spa adjoining the main house and a tennis court.

Born in Allentown, Penn., Iacocca was the son of an Italian immigrant who owned Yocco’s Hot Dogs. Joining Ford in 1946 as an engineer, he moved to the sales and marketing side and rose to become president in 1970.

At Ford, he was largely responsible for the development and introduction of the iconic Mustang, while at Chrysler, he helped pioneer the hugely-successful minivan.

Iacocca’s daughter, Lia Iacocca Assad, who is selling the Bel-Air estate, is no doubt hoping the “Lido” effect will spark buyer interest in the same way it did earlier this year for one of her father’s treasured cars.

At a January Bonhams collector car auction in Arizona, the very first production Dodge Viper RT/10 muscle-car, which was owned by the Chrysler chief, sold for a staggering $285,500, more than double the pre-sale estimate.

The back patio and pool deck.  Photo: Tyler Hogan Photography

An aerial shot of the estate.  Photo: Tyler Hogan Photography