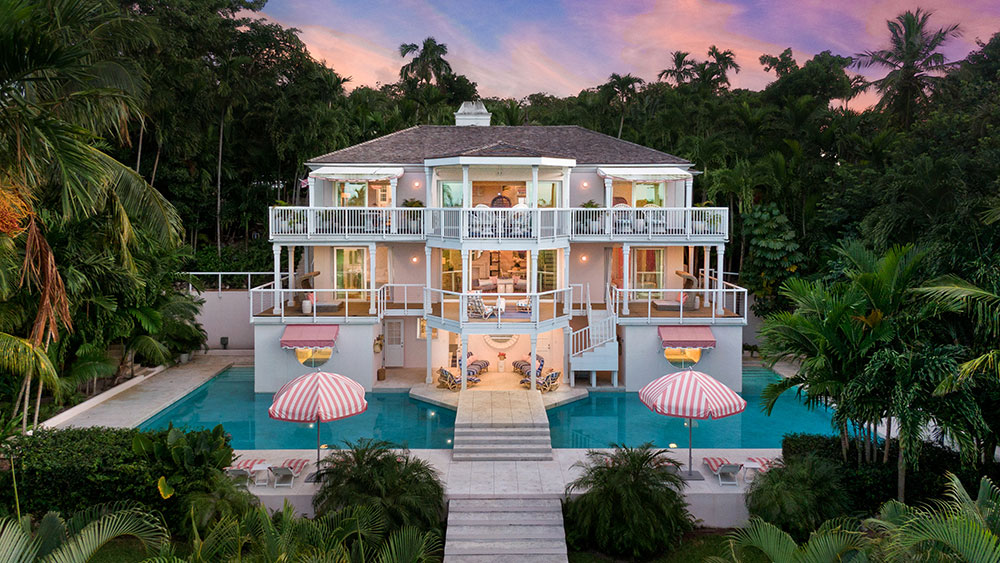 The Bahamas mansion once owned by ketchup heir Jack Heinz and where former First Lady Jackie Kennedy was a regular weekend guest, is up for sale for $5.5 million.

The spectacular tri-story home, overlooking the 12th fairway of the Lyford Cay Golf Course on the western tip of New Providence Island, was bought by the Heinz family in the early 1970s.

Kennedy would use Minor Cay, set in the guarded and gated Lyford Cay, to escape the constant attention of the paparazzi. After the death of her second husband, Greek shipping tycoon Aristotle Onassis in 1975, her visits to the Bahamian island became even more frequent.

According to Hillier, in the 1980s, as the Heinz family began to spend more time in Europe, Jack Heinz sold the house to American sculptor John Safer and his wife Joy, who owned the home for more than 25 years.

In turn they sold the property in 2016 to a New Orleans family who, the following year, had the home essentially rebuilt and redecorated by Nassau-based interior designer Amanda Lindroth.

A gravel driveway at the end of the Blue Sage Place cul-de-sac leads to an unassuming single split-barn-door entryway at the rear of the house.

Inside, the 5,740-square-foot home comes with five bedrooms and five-and-a-half bathrooms; Kennedy and her children, Caroline and John Jr., usually stayed in the first-floor guest quarters.

This lower level, with its own private living room, kitchen and expansive outdoor space, comes with bedrooms on each side featuring oversized porthole windows.

Both bedrooms and the living area have direct access to the large pool, which wraps around three sides of the house. A bridge over the pool leads to a wide patio, and the lush garden and golf course beyond.

The great room on the second floor opens out to a large, covered deck with jaw-dropping views across the golf course to the sea. A spiral staircase leads down to the pool level.

Lindroth’s “island vibe” decor is full of bright colors—lots of corals and blues—complimented by wicker furniture and sisal matting for the floors.

The view of the house from the golf course—and its multitude of pink-and-white-striped umbrellas and lounge pads and pink awnings—has earned the house its nickname of the “Ice-cream Parlor” among Lyford Cay locals.

Opened back in 1959, the members-only Lyford Cay development has long been a sunny, secluded retreat for the world’s who’s who. With only about 450 homes and 1,300 members, it continues to be exclusive.

With Minor Cay’s history, its prime location on the Rees Jones-redesigned Lyford Cay Club golf course and its recent multi-million dollar makeover, the $5.5 million asking price is considered something of a bargain. Especially as the estate, during the time it was owned by John Safer, was reportedly offered for around $12 million.

“This is truly an extraordinary property in a very special part of the Bahamas,” says Hillier. 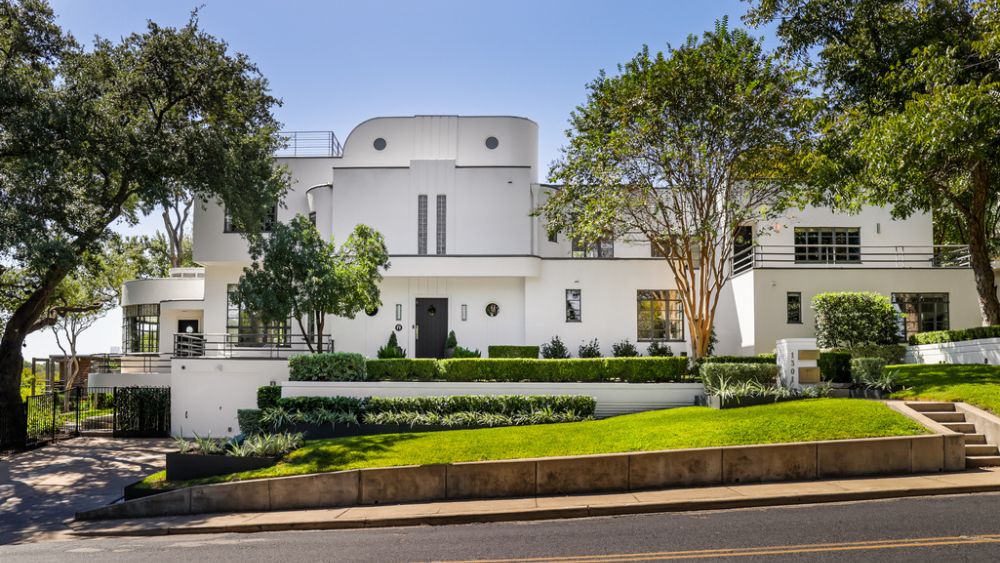 Austin The Bohn House in Photos