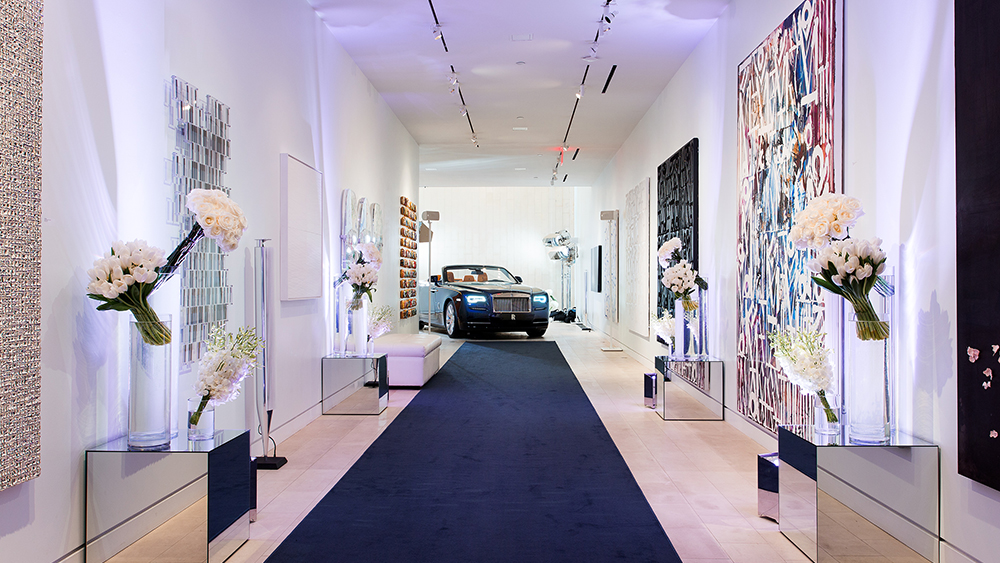 Back in 2008, financial whizz turned property developer Kate Shin had a vision to transform an historic Upper East Side carriage house built in 1899 into a super-luxe townhouse. But the passionate art collector didn’t just want a home—she wanted the residence to include a unique space to showcase her growing collection, and the works of other artists.

So with the help of renowned architect Toshiko Mori, Ms. Shin, just 34 at the time, created a 2,000-square-foot ground-floor gallery with not only acres of beautifully lit wall space, but with a jaw-dropping 23-foot-tall cascading waterfall feature, too.

Naturally, she named her newly renovated home on tony East 80th Street, between Lexington and Third Avenue and a short stroll from Central Park, the Waterfall Mansion.

“What’s truly unique and rare about the residence is its mixed-use space. In addition to being perfect for a gallery, or venue for small events, it could also make a great business office, designer store or simply an amazing garage for a buyer’s supercar collection,” Howard Morrel, listing broker with Compass, tells Robb Report.

Since the home’s completion in 2012 (the makeover took more than four years), that 70-foot-long gallery has been used to host Champagne-fueled A-list events for the likes of Gucci, Fendi, Swatch Group, Shiseido, Sony and Rolls-Royce. Gorgeous wrought-iron and glass gates at the front of the mansion open into this elegant space, and to accommodate that hefty Jeff Koons sculpture, the gallery walls were reinforced to support three times the weight of a typical domestic wall.

Before Ms. Shin purchased the building in 2008, paying a reported $8.5 million, the house had been owned by influential textile designers D.D. and Leslie Tillett. The powerhouse couple designed fabrics worn by luminaries like Greta Garbo, President Truman, Gary Cooper and First Lady Jackie Kennedy, who is said to have used Tillett designs during a White House makeover. In keeping with the home’s rare mixed-used status, the Tilletts utilized the mansion as both a design studio and their Manhattan residence.

As for Korean-born Shin, before taking on the redesign, she’d been a star in private equity real estate, earning her the nickname “The Bomb” for her ability to push through complex deals worth billions, including New York’s high-profile Chelsea Market project.

During her exhaustive redesign, the mansion was re-configured as a six-floor, five-story townhouse with six bedrooms, six and a half bathrooms and a staggering 11,000-square-feet of space. An elegant wrought-iron door off East 80th Street opens into a large lobby with a stunning stainless steel and glass staircase leading up to the private floors.

The master bedroom opens out on to a 2,000-square-foot terrace and garden.  Photo: Courtesy of Compass

But first take the stairs, or elevator, down to the subterranean basement level. Here you’ll find a 2,300-square-foot spa lounge with gym, massage room, jacuzzi and sauna, plus an oversized space perfect for a yoga studio. For less strenuous activities, there’s also a 1,000-bottle glass-fronted wine cellar here.

The residential part of the home starts on the second floor with its sleek, high-tech kitchen, a dining room with huge windows overlooking that cascading waterfall, and a spacious living room. The home’s third level houses the full-floor primary suite, with a bedroom and adjoining library/office/den. A door in the bedroom’s floor-to-ceiling windows opens out into one of the home’s true highlights: a 2,000-square-foot, wood-decked terrace and landscaped garden.

The fourth and fifth floors have mirror-image layouts, each with two en-suite bedrooms, though stairs from the fifth level take you up on to the roof-top terrace. Here you have 360-degree views over to the East River, and out west for sunset-gazing.

This isn’t the first time The Waterfall Mansion has been on the market. As far back as January 2012, Ms. Shin had the home listed for $35 million, gradually lowering the price to $27 million by April 2013. On and off the market since then, it has just been re-listed with Howard Morrel and partner Leslie Hirsch, both of Compass, at a more realistic—for today’s market–$34 million.

Check out more images of the townhouse below:

The rooftop terrace has views of the East River and west for sunsets.  Photo: Courtesy of Compass

The dining room overlooks the waterfall.  Photo: Courtesy of Compass 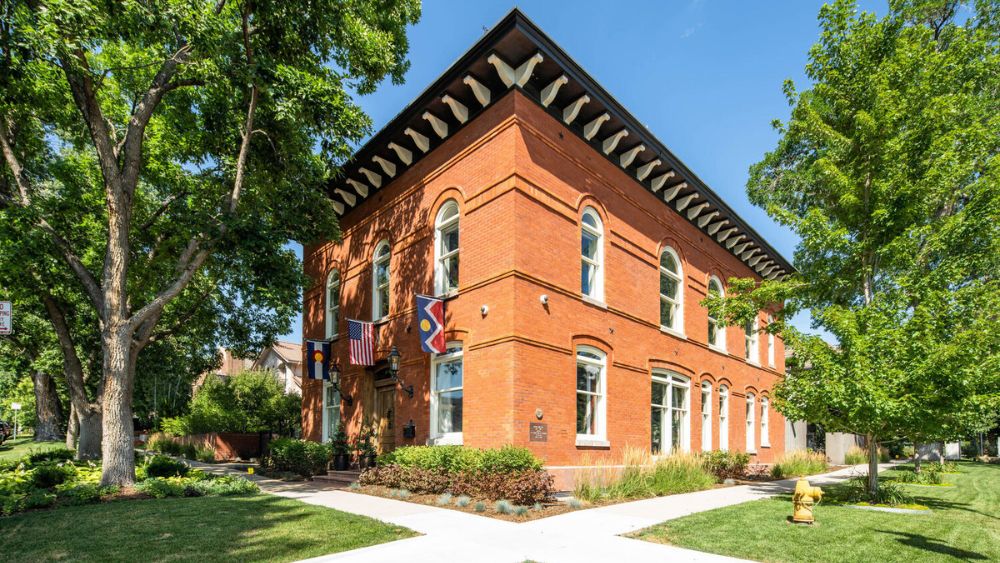