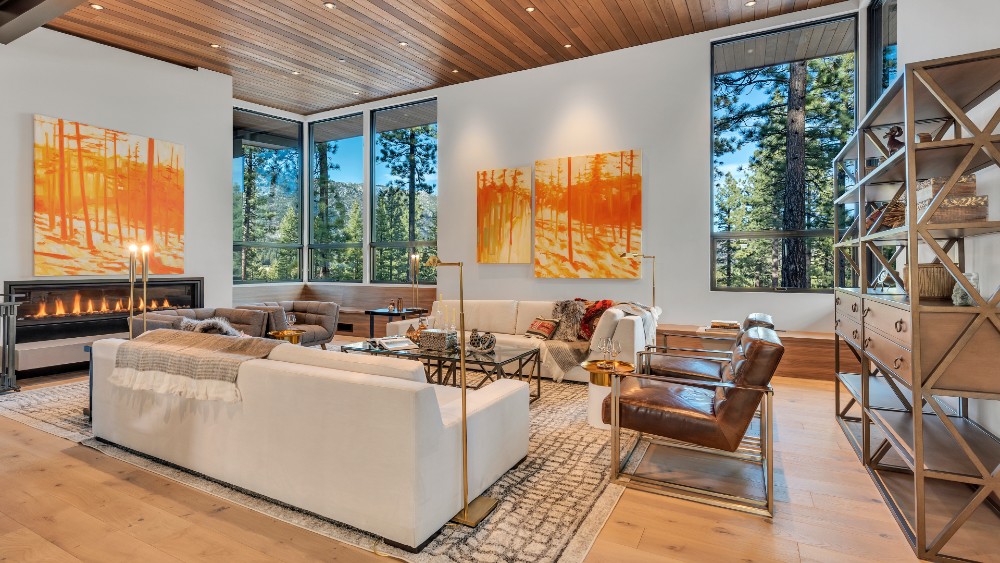 Spring is the moving season, the time of year when buyers, sellers, brokers and developers come out of hibernation and congregate in a flurry of deal-making. Except this year, when no-one is congregating anywhere. The deal-making, however, continues, for a lucky few.

Brokers and developers report that many buyers who viewed homes in person before the Covid-19 lockdown was imposed are continuing with their purchases, though closings look very different. Online viewings and video-link home tours are popular, but these virtual expressions of interest have so far largely stayed virtual. With very few exceptions, browsing has not yet translated into actual sales.

“No-one has bought on a virtual tour only,” says Jordan Brill, a partner at Magnum Real Estate Group, the developer of 196 Orchard Street, a new high-end condo building in Manhattan. “Some people have begun negotiations and will want to see before they sign, but nobody is buying sight unseen.”

Anticipating the lockdown, the Magnum team preemptively filmed all their apartments in early February. “We pivoted quickly and got ourselves in position to market and close units successfully,” says Brill. “We installed virtual staging and floor plans of all the units. Velocity is slightly down but we are closing units and moving people in. Some buyers have adjourned but no one has walked away from a deposit.”

A FaceTime tour clinched one deal for Jason Streatfeild, of Douglas Elliman in Santa Barbara. A client visited a property in person earlier in the year intending to buy it for his wife, but by the time he was ready to show it to her, the lockdown was in effect, so she could only view it online. “We had to adapt to the situation and accommodate a virtual showing using FaceTime,” says Streatfeild. “That ultimately resulted in us receiving an offer close to the $15 million price point.”

As with all businesses, real estate companies have been forced to get digitally creative very fast. They may be deemed essential businesses in many states, and therefore exempt from the strictest lockdown rules, but most now offer virtual open houses or viewings, using FaceTime, RICOH Tours or Instagram, the preferred video platform of high-end Los Angeles realtors Smith & Berg Partners, part of the Compass network of agencies.

StreetEasy has launched 3D home tours, while developers such as Etco Homes are using video presentations for prospective buyers to watch during a live guided narration by a realtor using Zoom. Bree Long, Etco’s head of marketing, developed a video for the company’s new One Coast Pacific Palisades luxury development that was produced at a slow pace to allow viewers time to chat with the salesperson while watching.

“We’ve had to think more creatively about our marketing and sales processes,” says Courtney Hampson, VP of marketing at Palmetto Bluff, a 20,000-acre waterfront development in South Carolina. “I believe that a number of the initiatives we’ve rolled out will live on beyond this crisis.”

New York brokers and attorneys, accustomed to face-to-face closings, hope that this digital flourishing will be a wake-up call for traditional banks and attorneys who still rely on fax machines, in-person meetings and paper checks. At 196 Orchard Street, one of Brill’s sales had to be adjourned after the attorney for the buyer’s bank insisted on closing in person. “He was an old school character,” says Brill. Usually, with a new development, “bank appraisals can be done without physically seeing the unit. It’s formulaic, not like [inspecting] a single-family home to see if the roof is going to leak.”

In other states, in-person closings were already becoming less common, and the lockdown will further expedite the move online. “In California, the entire closing can be conducted remotely,” says F. Ron Smith, cofounder of Smith & Berg in LA, “and the current market will make the process even easier. [The shutdown] has elevated online marketing with greater details in photography and thoughtful touring videos as well.” He offers a seven-bedroom Santa Monica home, currently listed for $7.49 million, as an example.

Sellers and developers, who were already operating in a challenging market before the Covid-19 crisis, are prepared to go to great lengths to accommodate buyers’ anxieties. Deals are closing in escrow, meaning that a third party holds the buyer’s funds until both parties are happy with the final details, which currently usually means the sale is conditional on a final in-person walk-through at an unspecified future point.

Buyers reliant on mortgage financing are also requesting a funding contingency clause, which would release them from their contractual obligations and return their deposit should their bank withdraw a loan offer. Despite low interest rates, mortgage lenders, fearful of worsening economic conditions, are tightening lending criteria. JPMorgan Chase recently raised borrowing standards for new mortgages, requiring down payments of 20 percent and a minimum credit score of 700.

“We are working with purchasers to make them comfortable,” says Brill. “If someone is in a panic, we address it. If someone wants to speed up before the lending environment changes, that’s OK. Some people aren’t comfortable moving, and so they close and will move at a later date. We’ve created a protocol where we isolate an elevator and seal off the building during the move hours, all the workers wear protective gear, then afterwards we decontaminate the trail.”

The new One Coast development in LA’s Pacific Palisades.  Courtesy of One Coast

In some cases physical viewings are continuing, under the permissions granted to essential businesses, but with precautions, and only for unoccupied properties. One agent recently secured an offer after agreeing to show a new-build home in person to a client who had viewed it online. The tour took place with both parties wearing masks and gloves, maintaining a six-foot distance and travelling in separate elevators.

Agents follow similar protocols when showing clients around new development sites. “We take all precautions if a buyer wants to physically see the house and lots for a walk through prior to closing,” said Georgia Chase, sales director at Clear Creek Tahoe, a luxury golf resort in Nevada. “We don’t believe our luxury buyers will buy and close without seeing the property and facility in person.”

There are signs that buyers are willing to commit to new-build properties without physical viewings. Courtney Hampson, of Palmetto Bluff, says that she has had two properties go under contract after only a virtual tour. “I don’t know that it will become the norm,” she added.

So far, this virtual leap of faith has been confined to new developments, where clients are accustomed to  buying off-plan even during normal times. In the second-hand market, buyers are not prepared to commit without in-person viewings. This means that brokers will soon run out of work. According to Frederick Peters, CEO of luxury brokerage Warburg Realty, deals take 60 to 90 days to close. “The challenge for brokers will come one and a half months to two months from now. At that time, the deals which would have been made starting in mid-March would be closing. But of course, very few deals were made in the second half of March. And fewer in April.” Peters doesn’t doubt that the market will bounce back but is unsure how many realtors will be around for the recovery.