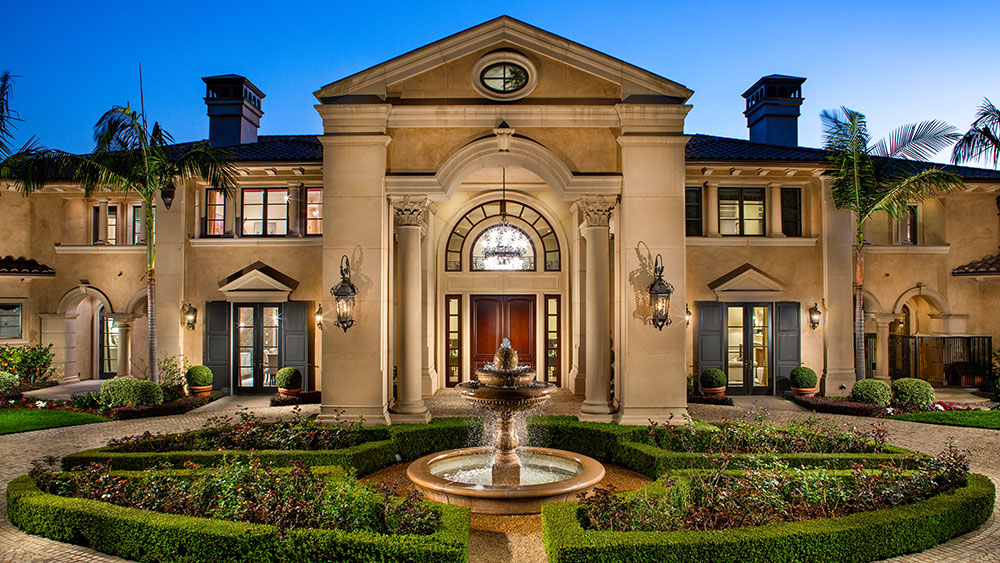 In 2010, 35-year-old Lynsi Snyder became both a billionaire and president of one of the country’s most notable—and the best, most Californians would argue—burger chains in the country: In-N-Out. Two years later she bought an outsized mansion from former LA Dodger Adrián Beltré. Now she’s put that 18,687-square-foot home on the market for $16.8 million.

The Mediterranean-style home is located in the mountain foothills east of Los Angeles in the tony (and gated) community of Bradbury Estates, not far from the very first In-N-Out drive-through, which opened in Baldwin Park in 1948. According to TopTenRealEstateDeals.com, the main house has eight bedrooms and 12.5 bathrooms. A guest house on the property includes three bedrooms, two baths and a two-car garage. The listing is held by Ronald Chang and Joe Chiovare of Coldwell Banker.

While the house has all the extras you could hope for inside, the four acres outside are what really standout (and provide a good way to work off all those Double Doubles). On the grounds you’ll have your pick of athletic pursuits: There’s a 3,400-square-foot rec center that could easily work for batting practice, a two-hole golf course, a tennis court, a basketball court, a fitness studio and, of course, an infinity pool for you to cool off after your workout. The pool terrace also includes a hot tub, cabana and outdoor kitchen, surrounded by rows of grapevines and fruit trees.

The mansion itself begins with its grand circular motorcourt that features manicured gardens and a fountain, setting the tone for the entryway when you open the doors. It’s a dramatic foyer, all cool stone and twin sweeping staircases to the second level. There’s a formal living room and dining room, library, home theater, wine cellar, chef’s kitchen with two islands and custom cabinetry, plus a separate prep and wok kitchen. There’s also more casual hangout space in the family, media and game rooms. Staff quarters are also part of the package in the main house, as are two primary bedroom suites and an elevator to whisk you between floors. The garage holds six cars.

When Snyder purchased the estate, she paid $17.4 million for it, so she’ll be taking a loss selling it at $16.8 million. But since In-N-Out Burger hasn’t been hurting—during the pandemic, lines of eager fans ordering via the drive-through have stretched ever farther—we think she’ll be able to absorb the loss. Snyder has been steadfast in her commitment to keeping her family’s business in the West and Southwest, within 300 miles of its burger-making facilities, to preserve the tradition of serving fresh patties and buns. And while she’s expanded the number of outlets since she took over, she refuses to franchise the business.

See more photos of the grand mansion below:

As seen from above  Photo: IM Real Estate Photography