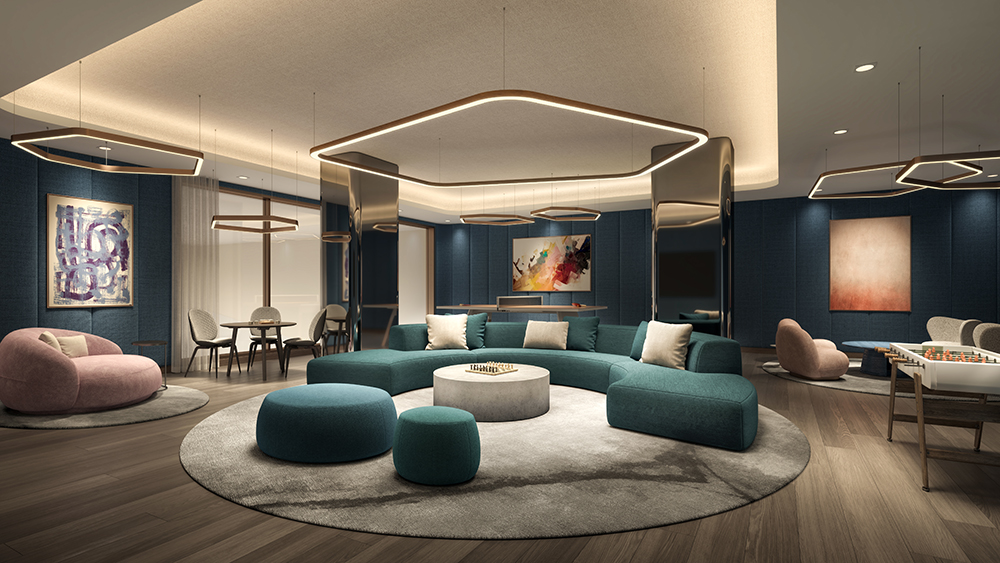 New condos in a hotly anticipated tower on Manhattan’s Upper West Side just hit the market.

Standing 23 stories tall, 96+Broadway launched sales for 131 lavish residences on Monday. Located at 250 West 96th Street in between Riverside Park and Central Park, the chic family-friendly building offers one- to five-bedroom apartments that start at $1.3 million. It also houses three penthouses that range from 2,141 to 4,300 square feet. The largest one has already sold, naturally.

The swanky condominium is the brainchild of investor and developer Van Nguyen of JVP Management. Nguyen lived in the area for more than a decade before acquiring a lot from development company Extell in 2019 and starting work on 96+Broadway.

“In taking on this project, we saw a truly unique opportunity to help define a prominent corner of the Upper West Side,” Nguyen said in a statement. “Guided by the experience of living in New York, we wanted to develop a building which meets future residents’ needs while adding to and improving on the rich history and environment of the neighborhood.”

Leeding Builders Group started construction in 2020, with help from engineering firm WSP of Central Park Tower fame. It was certainly a challenging build due to the construction freezes implemented amid the pandemic.

“We had incredible efforts made by the development team, our construction partners, all of the contractors that worked on this project—it was heroic,” Nguyen told Robb Report via Zoom.

Nguyen also tapped Danish designer Thomas Juul-Hansen to bring a modern loft-like feel to the residences. Juul-Hansen’s acclaimed designs include 27 Wooster, the High Line 23 and Two Ten West 77. It was the latter that prompted Nguyen to start working with him. It appears it was a smart choice, too.

“This is a building that is meant to last,” Juul-Hansen told Robb Report in an email.

The exterior, for example, was crafted from sustainably produced limestone imported from German stone maker Franken-Schotter. The material was chosen as an ode to the area’s collection of limestone-clad Beaux-Arts structures. Windows and terraces are also visible from 96+Broadway’s exterior and collectively create a grid pattern that’s accentuated by burnished bronze framing.

Inside, the lobby sports 20-foot ceilings and oversized casement windows. The centerpiece, however, is the welcome desk, which was carved out of a single block of travertine. Nguyen said that the veins in other limestone cuts used throughout the lobby were meticulously matched to the welcome desk for continuity.

Inside one of the luxe residences  96+Broadway

The open-plan residences are replete with organic materials, such as white oak flooring and bronze balusters. Each kitchen features solid oak cabinets and drawers, along with earthy quartzite countertops. The bathrooms, meanwhile, include heated herringbone marble floors and marble accents. Of course, you can expect all the mod cons, like a Waterworks soaking tub in the bathroom and Sub-Zero Wolf appliances in the kitchen.

The amenities definitely add to the building’s wow factor. For starters, there is a massive 75-foot saltwater pool on the basement level that is surrounded by gleaming travertine floors. There is also a fully-equipped fitness center on this level, which rivals your local Equinox with a pilates room and versatile squash/basketball court. Nearby, a sunken terrace with lush landscaping is the ideal spot for sundowners.

Other highlights include a children’s playroom and entertainment lounge with all types of gaming systems for kids. In addition, the rooftop terrace offers an outdoor cinema with cozy lounge seating and an outdoor kitchen with accompanying tables. As you might expect, the rooftop also affords breathtaking views of the New York skyline and Hudson River.

A stone’s throw from popular attractions, such as the Beacon Theater and Jacob’s Pickles, the tower showcases the best of the Big Apple. It has, however, arrived at a tumultuous time in real estate.