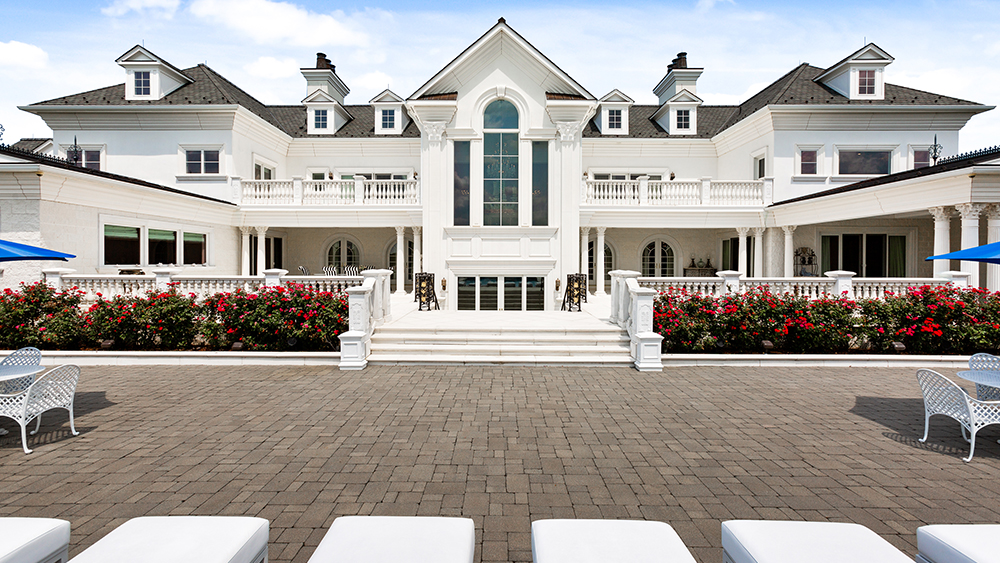 Living in the city has its perks, but room to ride and house horses isn’t usually one of them. Many equestrian-minded New York City residents opt to decamp to New Jersey, then, where estates are available with space for stables. One of the most popular townships in that category is (as the name would suggest) Colt’s Neck, which has garnered a reputation for having numerous equestrian properties over the years. Those looking to move here are in luck, as one of these prime listings has just hit the market for $27.5 million.

The estate has never before been up for grabs, so it represents a rare opportunity for interested buyers. Architecturally it’s a bit Versailles-esque, with a stately facade and ornate doors and chandeliers. Obviously the location is a bit different from the famous French palace though—instead of over 2,000 acres, here you get 127.

The main mansion is 20,000 square feet and includes plenty of amenities for humans in addition to the various equestrian perks beyond its four walls. It has nine bedrooms, 10 baths and two half-baths, so it’s an ideal family home or a great place to host friends and family from the city for a weekend.

Upstairs, the primary suite includes two offices, a walk-in closet and a sitting area. The basement, meanwhile, serves as the entertainment center of the home. Here you’ll find a gym, eight-seat theater and wine room.

One of the barns  Photo: Courtesy of Douglas Elliman

Given the amount of private land that the estate has, it’s a property that’s best appreciated outside. The home comes with a saltwater pool and a hot tub for parties, plus a caretaker’s home and not one but two barns for housing horses.

The future owner can leave the land as it is—there’s plenty of room for riding horses after all—or add more equestrian-centric facilities to fill it out. One perk about living here, though, is that most of the amenities and structures have already been laid out for you.

Check out more photos of the New Jersey property below:

One of the bedrooms  Photo: Courtesy of Douglas Elliman