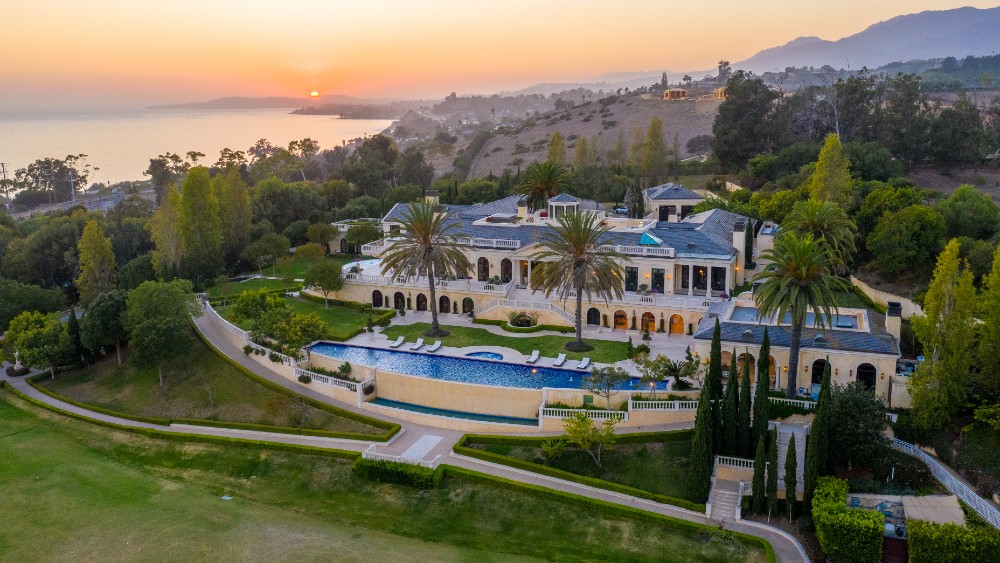 Hotel magnate Patrick Nesbitt has listed his 20-acre Montecito, Calif. property with Concierge Auctions to sell at no reserve next month. He’s previously tried to sell the $65 million property, but it has seen no takers.

CEO and chairman of Santa Monica-based Windsor Capital Group, the largest private owner and operator of Embassy Suites hotels, Nesbitt originally built the property for privacy and polo pursuits. It has its own 10-acre regulation polo field and clubhouse, as well as a 17-stall stable, with perfect views of the field from the clubhouse deck. Both official tournaments and private matches have been played on the property.

While the equestrian amenities are a highlight—there are also riding trails—the 43,000-square-foot home itself, perched on a bluff overlooking the Pacific, is something to see. It’s even starred in a Britney Spears video. Designed in a Mediterranean style, it has seven bedrooms and nine bathrooms (there are 22 baths total on the estate), a 5,000-bottle wine cellar that can only be reached via a secret staircase and a massive outdoor deck with 128-foot infinity pool.

Exquisite finishes from crystal chandeliers to gold-rimmed coffered ceilings and marble flooring can be found throughout the home. The office is fully paneled in beautiful mahogany.

The main house’s private disco can accommodate 200 guests. A 15-seat screening room, sports bar, a spa and salon with a dry sauna and a massage room round out the indoor amenity spaces.

Outdoors, views of Loon Point Beach are just below, and you’ll find two kitchens, one inside the pool house, a rooftop hot tub and lounging area, a driving range with a putting green and sand traps, duck ponds and a butterfly habitat. While the four-car garage seems a bit small for the property, parking for 100 cars is easily possible.

Just don’t try to land your private helicopter on site. Nesbitt was engaged in a battle with the town for several years, trying to make that happen. Neighbors objected on the basis of noise pollution with the effort being defeated earlier this year.

Nesbitt has long been part of the equestrian world, having once served as executive director of the World Polo Championship and governor of the Pacific Coast Circuit of the US Polo Association. The estate is just a stone’s throw to the Santa Barbara Polo and Racquet Club.

The conciergeauctions.com event will take place from November 16 to 19 and will go to the highest bidder at no reserve. It’s being offered in cooperation with Rick Hilton and Rodrigo Iglesias of Hilton & Hyland. And as part of Concierge Auctions’ Key for Key program in partnership with Giveback Homes, the closing will result in a new home built for a family in need.

One of the home’s seven bedrooms.  Photo: Courtesy of Hilton & Hyland

The wine cellar has a secret staircase.  Photo: Courtesy of Hilton & Hyland