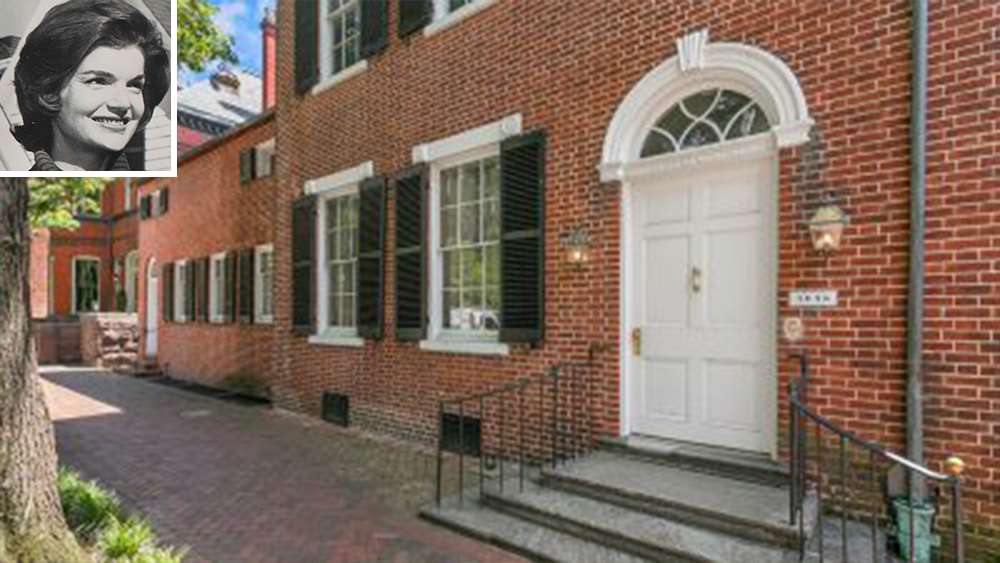 There are plenty of gorgeous old homes in the Georgetown neighborhood of DC, but not many can claim a connection to one of the country’s most well-known first ladies. One residence on N Street NW can, as Jackie Kennedy stayed there following John F. Kennedy’s assassination in 1963. It’s now on the market for $10 million.

Jackie Kennedy didn’t spend too much time at the 9,339-square-foot home; it was largely a place of respite for her while she mourned the loss of her husband right after his untimely death. While there, she made a television appearance thanking the public for its many heartfelt messages and condolences. For the most part, though, she kept a low profile, and eventually bought a penthouse in Manhattan so that she and her two children could have more privacy.

After she left it, the Georgetown home was eventually purchased by W. Averell Harriman, a politician whose résumé includes governor of New York and secretary of commerce for President Harry Truman. His wife, Pamela Churchill Harriman, hosted many lavish parties at the home, most of which were fundraisers for the Democratic Party.

Suffice to say, it’s an ideal space for entertaining. The Harrimans made sure of that, too, tasking architect Hugh Newell Jacobsen—best known for designing Jackie Kennedy’s home in Martha’s Vineyard—with renovating the circa-1805 Georgetown address.

As it now stands, the home has eight beds and five-and-a-half baths. Most importantly, though, it has a backyard with a garden and a pool—great for having guests over in the summer. Jacobsen’s restoration maintained much of the building’s original, Federal-style architecture, though, so those looking for a home with a more historic look will still find that here. Plus, you can say you live in a place that Jackie Kennedy once called home.

Check out more photos of the Washington, DC mansion below: