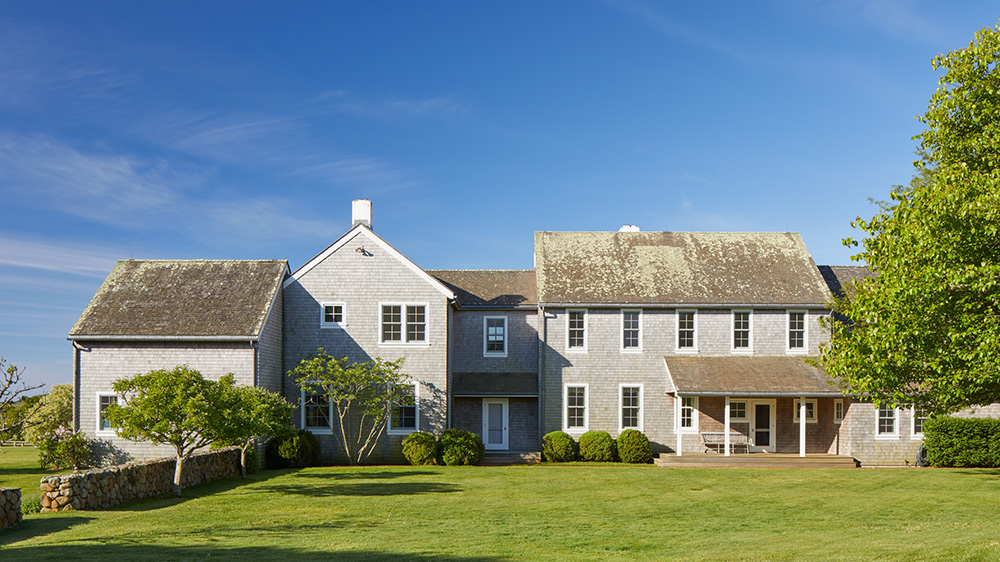 A massive 340-acre slice of Kennedy history, at the western tip of tony Martha’s Vineyard off the rugged coast of Massachusetts, has just been listed for $65 million.

The secluded compound, known as Red Gate Farm, was the summer retreat of former First Lady, Jacqueline Kennedy Onassis. Back in 1979, she paid just over $1 million for the vast estate with its mile-long private beach overlooking the Atlantic.

Forty years on, her daughter Caroline Bouvier Kennedy, has now decided to sell this remarkable property, saying the time has come for the family to “spread its wings” and “to follow my mother’s example and create our own worlds.”

Jackie O was 50 years old and looking for a secluded, secretive getaway when she bought Red Gate Farm in the remote Aquinnah area of Martha’s Vineyard. At the time, the only building on the land was a small hunting cabin.

Following Kennedy Onassis’ death in 1994, Caroline Kennedy inherited the estate and continues to use it as a family retreat. In 2000, she commissioned an extensive and expensive renovation by Deborah Berke, the Dean of the Yale School of Architecture.

The cedar shingled main house was expanded to 6,456-square-feet and the interior reconfigured to include five en-suite bedrooms, a chef’s kitchen with professional-grade appliances, and two offices/artist studios.

On the expansive grounds, the rustic two-story guest house was renovated to include four bedrooms plus living room, kitchen and laundry.

The rear exterior of the main house.  Laura Moss Photography

Also on the property; a caretaker’s house with three bedrooms, a pool, boathouse, tennis court, two garages, a temperature-controlled storage building, and that original hunting cabin that was there when Kennedy Onassis purchased the land.

And still intact is the whimsical treehouse that Jackie O had built for her grandchildren back in the ’80s.

“Forty years ago, my mother fell in love with Martha’s Vineyard. When she found Red Gate Farm, it was a perfect expression of her romantic and adventurous spirit,” said Caroline Kennedy in a statement.

“The dunes and ponds and rolling hills of Aquinnah gave her the chance to create a world where she could be so close to nature, close to her family and friends, and, most importantly, close to her beloved books.”

An aerial view of the estate.  Courtesy Christie's International

Her asking price is certainly a big number even for pricey Martha’s Vineyard. If the estate is sold anywhere close to its listing, it will set a new record for home sales on the island.

“We hope that a new family will treasure this place as we have for three generations,” added Caroline Kennedy. “We are excited about the next chapter for Red Gate Farm.”

The estate is being marketed globally by Christie’s International, and represented locally by Tom LeClair and Gery Conover of LandVest.