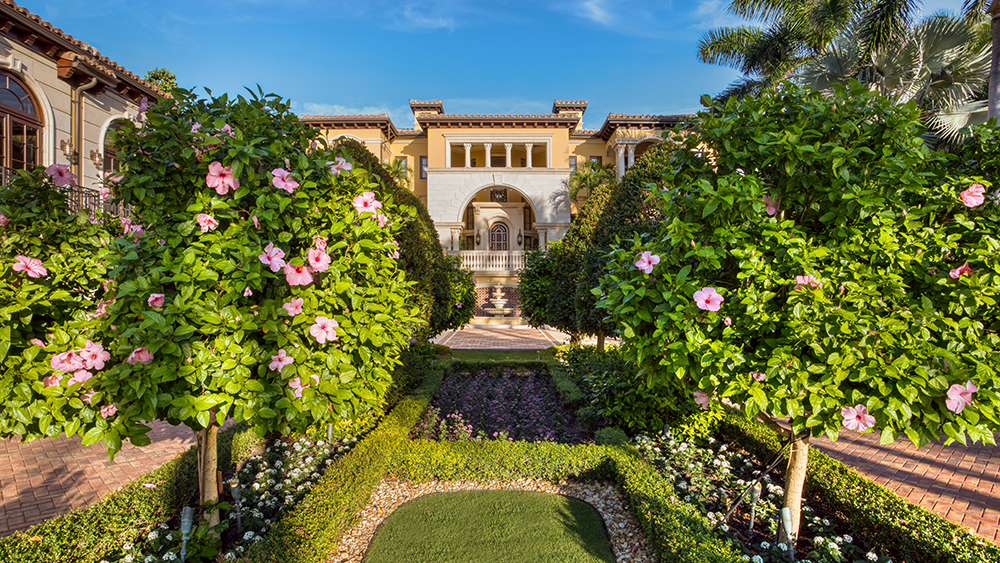 Not all homes have a spacious garage—even fewer have separate gallery space for displaying rare cars. A new listing in the Sunshine State has both. There’s a reason for that: The mansion was previously owned by NASCAR champion Jeff Gordon. It’s now being listed for a whopping $42 million.

The one-acre property is located in Highland Beach, a town that sits between Delray Beach and Boca Raton that’s part of the larger Palm Beach County area. It’s situated on a coast, naturally, and has 120 feet of private beach frontage.

Gordon owned the home from the late 1990s until 2003. Years later, in 2014, it was purchased by Mark Hamister, the former chairman and CEO of Hamister Group. Following his passing earlier this year, his son, Daniel Hamister, has put the place back on the market—albeit for over three times more than what his father originally paid for it.

Like Gordon, who owned the place when he won three of his four NASCAR Cup titles, Hamister was reportedly a big automotive enthusiast. The six-car museum was his doing, though whatever prized marques are currently stashed there aren’t for sale. The rest of the home is nearly turnkey though, as all of the indoor and outdoor furniture is included with purchase.

The residence has about 16,000 interior square feet, with seven bedrooms, eight bathrooms and three half-baths. The museum space is situated on the lower level, which also houses a gym, a massage room and a garage that can fit about seven cars. If that’s not enough automotive storage for you, the exterior motor court has room for an additional 20 engines.

Other perks include a home theater and an office space for those working from home. Beyond the mansion’s four walls there’s a pool, a grand loggia for outdoor entertaining and an observation deck where visitors can take in the water views.

As for what Gordon’s up to these days, he officially retired in 2015 and is now a commentator with Fox NASCAR. He’ll shortly be leaving that gig behind at the start of 2022 and will assume the role of vice-chairman at Hendrick Motorsports. Over the years he has owned various properties in New York, North Carolina and Colorado.

Check out more photos of the Florida listing below: