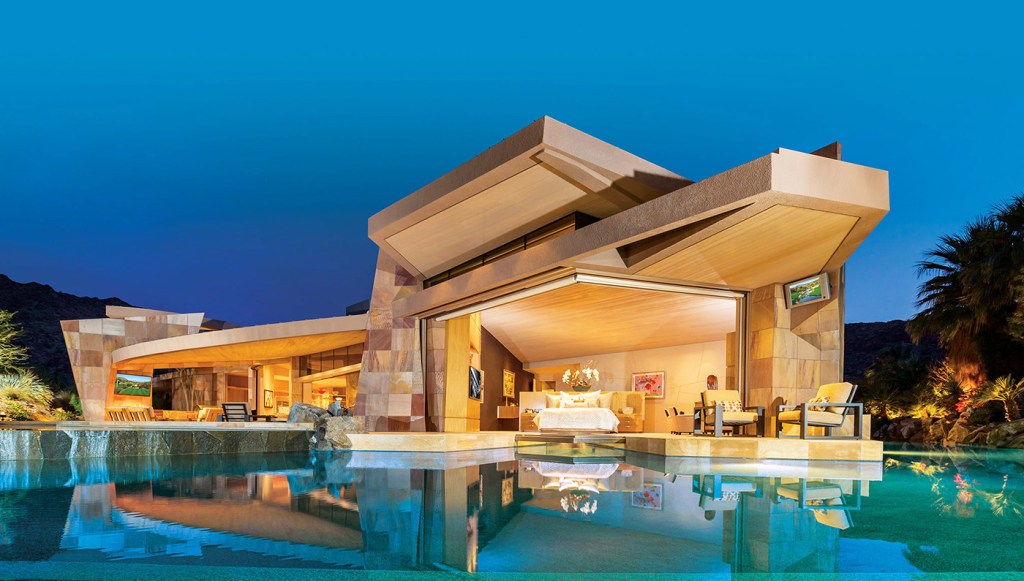 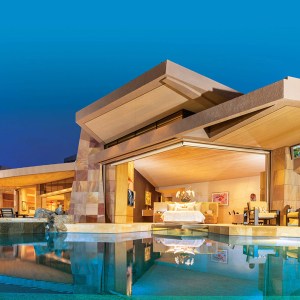 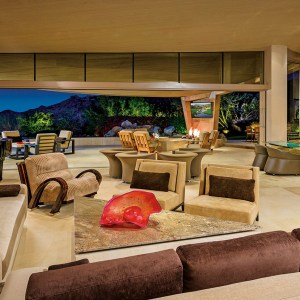 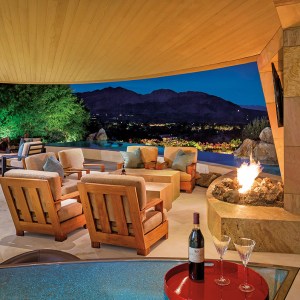 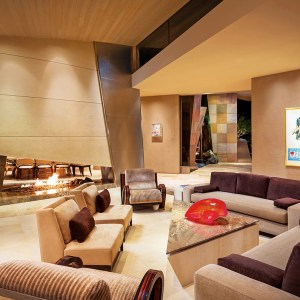 The late Jerry Weintraub’s estate at Bighorn is now on the market and it is ready for the next movie mogul to move in. Located within the exclusive golf community in Palm Desert, Calif., the architectural blockbuster was the heralded high-desert home for the entertainment titan, philanthropist, and human-rights activist who made his name as a tour promoter for music legends such as Frank Sinatra and Elvis Presley. He would later become an award-winning producer for television and films such as Diner, The Karate Kid, and the 2001 remake of Ocean’s Eleven and its sequels.

Overlooking the Coachella Valley and the Santa Rosa mountains, the residence—designed by Guy Dreier—invites outdoor interaction with 1,000 square feet of covered, open-air living area accented with several water and fire features. And to resemble the ruggedly scenic surrounds, the exterior incorporates curved panther slate for a sense of elemental grounding.

The 9,152-square-foot interior includes six bedrooms, 7.5 bathrooms, and a cocktail lounge styled after Claridge’s Bar—a mecca for mixology in London’s Mayfair district. Inside or out, convenience plays a leading role as a majority of creature comforts, from advanced audio-visual systems to lighting and climate controls, can be activated instantly at the push of a single button.

Duffers will be delighted by the home’s proximity to Bighorn’s Tom Fazio-designed golf course, which is easily accessed with the golf cart housed off the master suite. More exciting forms of transportation can be stored in the property’s six-car garage.

Completed after Weintraub produced the film Ocean’s Twelve, the modern manor also became the basecamp for Brad Pitt, George Clooney, and the rest of the cast during a multi-day press promotion. Certainly a celebrity sanctuary with amenities to match, the Weintraub estate at Bighorn is priced at $16 million. (bighorngolf.com)