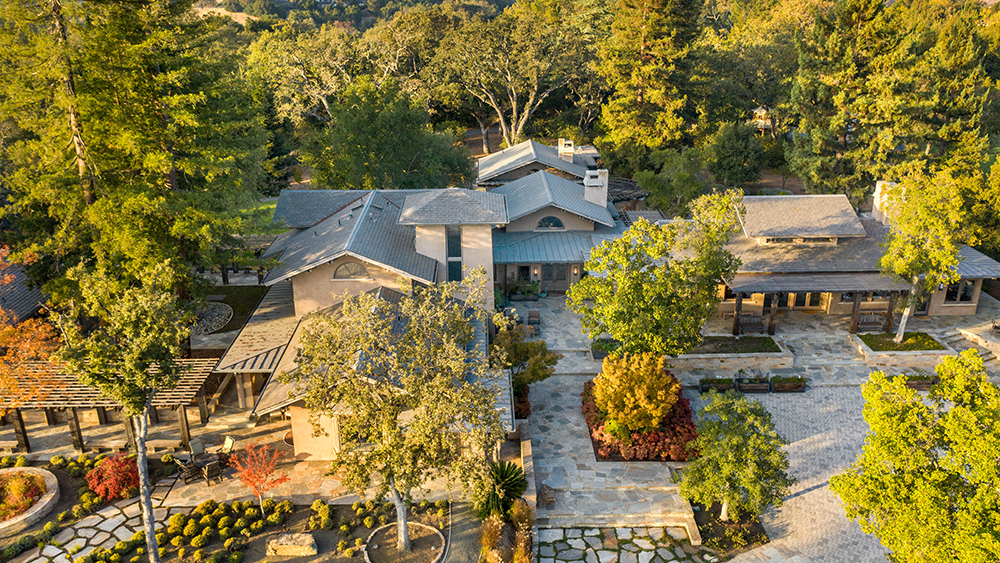 In case you missed it, compounds with tons of acreage and many different residences to choose from are all the rage. Not only are they far enough away from the big city, they also let you have friends and family come visit while still preserving some degree of social distancing. If you’ve not yet snapped one up during the pandemic, well, good news—a new estate in Woodside, Calif., one of the suburban enclaves that has attracted Silicon Valley tycoons, has just listed for $49 million. It has just about every amenity imaginable.

The property is currently owned by Joel Peterson, the former chairman of JetBlue. Peterson purchased the place in the early 2000s, according to the Wall Street Journal, for $6 million. At the time, it was quite the fixer-upper. One of the listing’s main selling points was the primary residence, which was designed by prominent Arts and Crafts architect Bernard Maybeck who, in addition to his many buildings in the San Francisco area, was also known for experimenting with using fireproof materials in his designs. Unfortunately, when Peterson purchased the Whiskey Hill Road address, the home had fallen into a state of disrepair and was practically unidentifiable. It had to be rebuilt, and so Peterson tapped local architect Francis Gough to follow Maybeck’s original plans and brought the old residence back to life. It wasn’t all lost, either—Peterson and Gough were able to salvage Maybeck’s central pavilion, so residents and guests can still gather together there today.

The estate occupies 11 acres and includes another main residence in addition to the Bernard Maybeck one. This second home is 5,100 square feet, with five beds, five baths and its own private office and attached garage. There are three other guest houses on the property, all linked together via the original pavilion.

The Silicon Valley digs enjoy views of the Santa Cruz Mountains as well as an expansive horse park (proximity that works out well for the equestrian set). Residents won’t feel the need to leave the property lines too often, though, as there’s plenty to do—on the grounds is a soccer field, a pool, a tennis pavilion, a kids’ playground and a barn that could be converted into a ballroom or a meeting space for business gatherings.

One of the kitchen areas.  Photo: Courtesy of Arthur Sharif, Sotheby’s International Realty

All this begs the question: After putting so much time into the architecturally significant compound, why is Peterson parting with it? These days, he’s reportedly spending most of his time in Salt Lake City. “Part of it is Covid,” he told the Journal. “I haven’t been out there now for over a year. We’re not able to gather there as much.”

For those who’re looking to buy in the Silicon Valley area, though, the location (and infrastructure) is pretty ideal. Check out more photos of the expansive property, below: