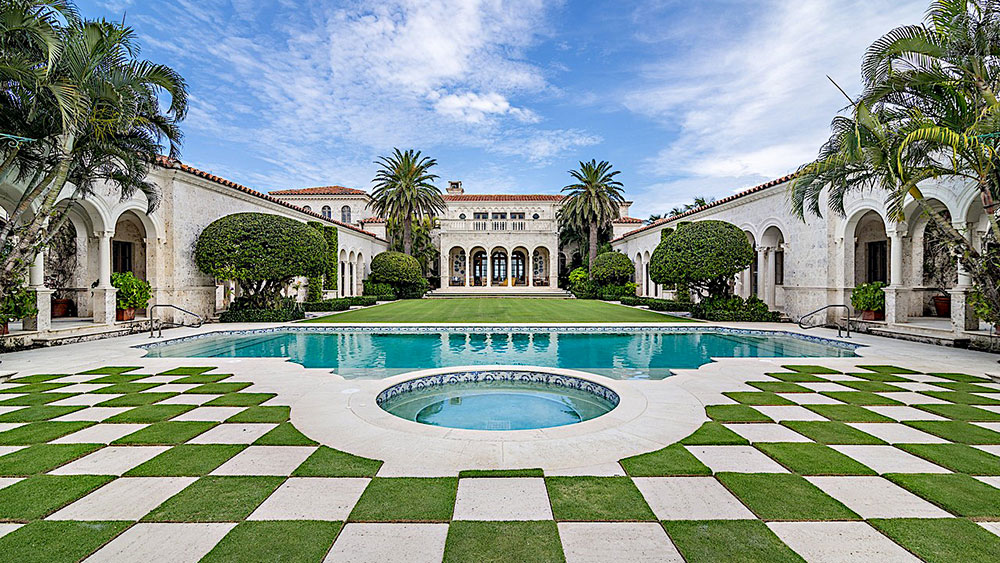 On Palm Beach’s ritzy Billionaire’s Row, one of the crown jewels—a 37,500-square-foot estate known as La Follia—is under contract to be sold for more than $100 million.

When the deal goes through, it will set a record for being the most expensive home in this mega-wealthy Florida enclave which, according to Forbes, boasts more than 30 billionaire residents.

Seems the current record dates back to 2008 when passionate part-time Palm Beacher, Donald Trump, sold a 61,000-square-foot  beach-front mansion he bought a year earlier at auction for $41 million, to Russian billionaire Dmitry Rybolovlev for a reported $95 million.

La Follia was the home of investment-bank heiress and Broadway producer Terry Allen Kramer, who died in May at age 85. The Tony award-winner and fixture of the Palm Beach social scene, helped produce such hits as Kinky Boots, Evita and the 2017 revival of Hello Dolly with Bette Midler.

The estate was first listed last October for $135 million and it’s being suggested that its final sale price could be between $110 million and $120 million. Before her death, Kramer is reported to have turned down an offer from casino magnate Steve Wynn.

Set on almost five acres between the crashing Atlantic and the Intracoastal waterway, La Follia is less than half a mile from President Trump’s Mar-a-Lago resort, on South Ocean Boulevard. Right next door is a vacant 17-acre lot owned by Chicago hedge-fund manager Ken Griffin.

Records show that Kramer and her late husband Irwin paid $4 million for the original lot in 1993 and commissioned acclaimed Palm Beach architect Jeffrey Smith to design the Italian Renaissance-style mansion. It was completed in 1995.

You enter the estate through wrought-iron gates guarded by stately elephant sculptures, then through a canopy of banyans to a porte cochere covered entrance.

The two-story marble-lined entrance foyer leads to a multitude of living and entertaining rooms, including a movie theater, and cozy, wood-paneled “gentlemen’s club” with a well-stocked bar and red leather bar stools.

Off a main hall are guest wings featuring four private suites connected by arched courtyards and bronze fountains. In total, there are 13 bedrooms and 14 bathrooms, including a sprawling 4,500-square-foot master suite with dual dressing rooms and an office.

Outside there are manicured lawns, a sun-drenched pool and cabana, a spacious fitness center and five-car garage.