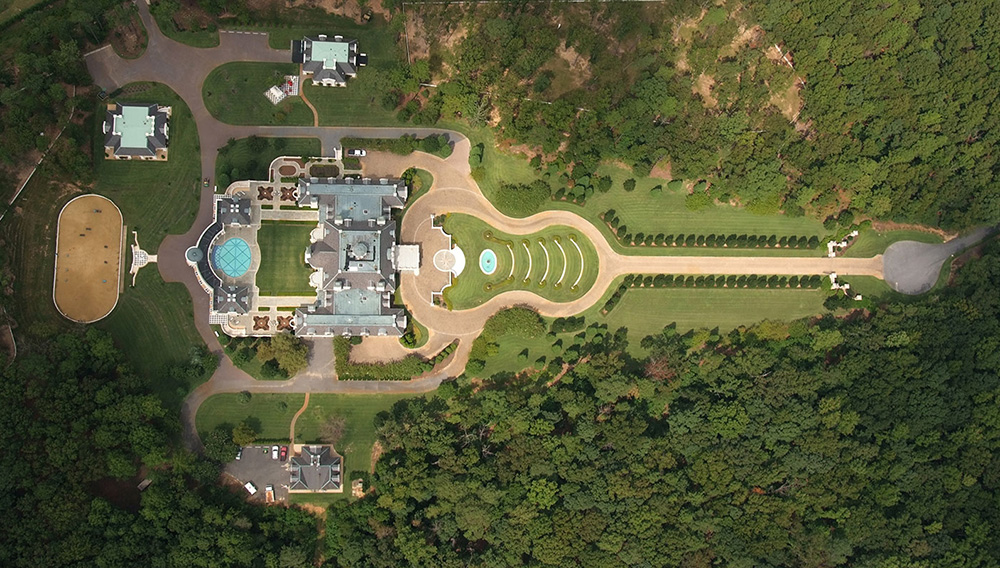 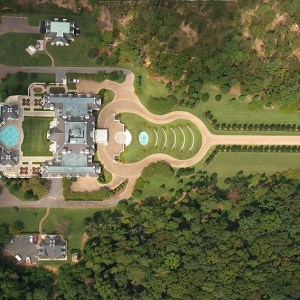 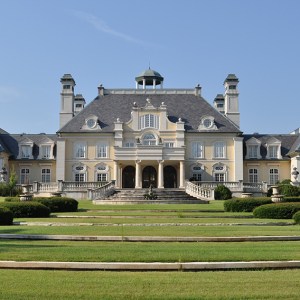 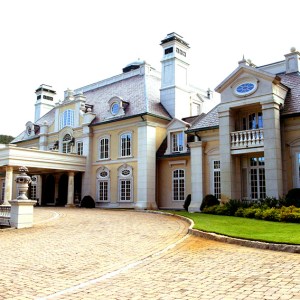 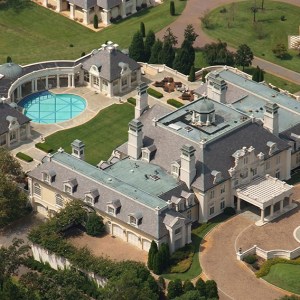 The splendor of Versailles can now be had in the Southern United States. 7 Montagel Way—a 15-bedroom estate in Birmingham, Ala., with 16 full and six half bathrooms—is coming to auction later this month, giving potential homeowners the chance to purchase a European-style manor with American flair. Built in 1997 and situated on 27 acres, the whopping 55,000-square-foot home is not just the largest in the state of Alabama, it is only 5,000 square feet smaller than the White House. A fanciful, guitar-shaped yard leads to the regal two-story home designed to look like a European castle. Double French doors open onto a grand foyer with dual staircases, a hand-painted ceiling, and a crystal chandelier. Further back, separate his and her master wings are each equipped with a bedroom, bathroom, walk-in closet, and sitting room. European artisans were flown in to handcraft the marble, limestone, and decorative features—including an ornate gold-leaf motif that took over a year and a half to apply throughout the home.

Outside, the estate includes a circular pool; dual cabanas; direct access to riding trails in the Appalachian Mountains; a six-stall barn with an 800-square-foot loft apartment; a riding arena; and a guest home. DeCaro Luxury Auctions will sell the home (which was listed for $17.9 million in 2011) without reserve on October 31—just in time for its new owners to welcome trick-or-treaters. (Inquiries: Yasmeen Wilson, 239.450.6662; decaroauctions.com)

With an Indoor Pool and Lakefront Access, This $40 Million Connecticut Mansion Is a Swimmer’s Dream

Home of the Week: This $23 Million Mediterranean-Style Villa in Silicon Valley Has a 300-Year-Old Italian Roof