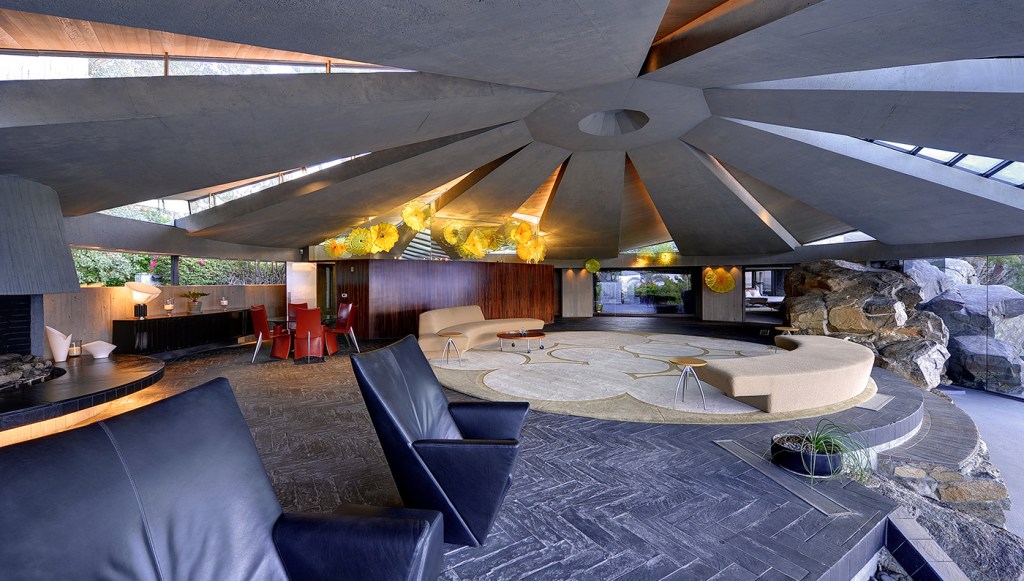 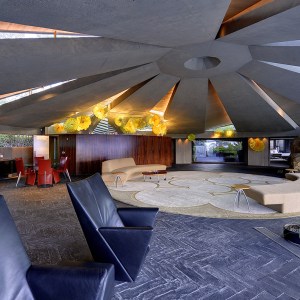 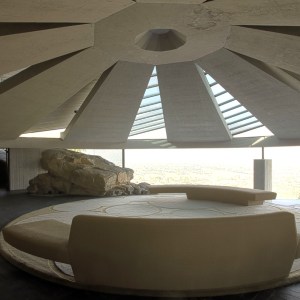 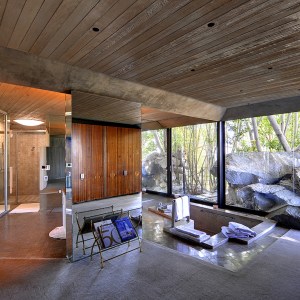 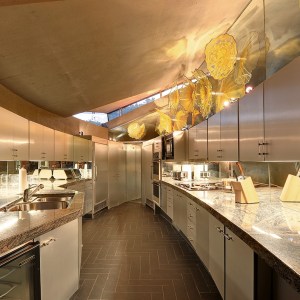 A bikini-clad femme fatale named Bambi reclines before a titillating fight scene in the Bond film Diamonds Are Forever. Her perch, a natural outcrop, seems an unusual feature for a residential living room, but it was a deliberate choice of architect John Lautner. The Frank Lloyd Wright protégé was commissioned in 1968 by interior designer Arthur Elrod to “Give me the house the site deserves.” Lautner’s subsequent creation stood out enough to be dubbed “The Ultimate Bachelor Pad” in the November 1971 issue of Playboy.

A Space Age masterpiece set on a ridge on the south end of Palm Springs, the 8,901-square-foot, five-bedroom estate centers on the circular living room, topped with a slotted concrete canopy and a glass dome and focused on panoramic valley views. Two curved, hanging anodized aluminum and glass curtain walls slide open to the expansive deck and swimming pool, where Sean Connery wrestles with Bambi and another vixen before the close of the scene.