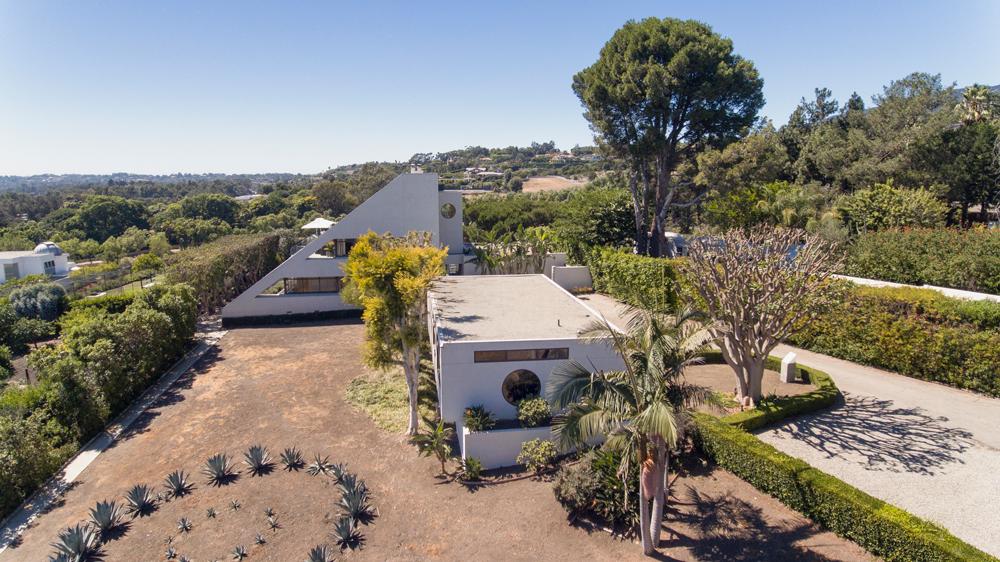 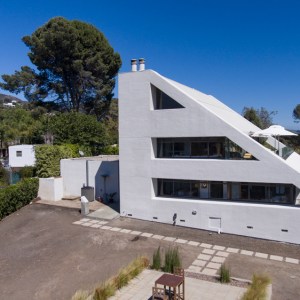 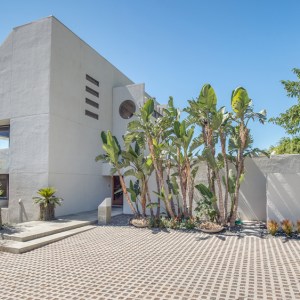 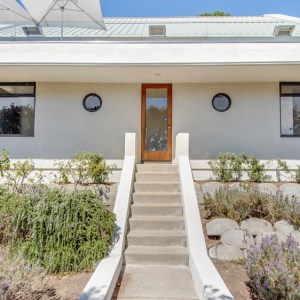 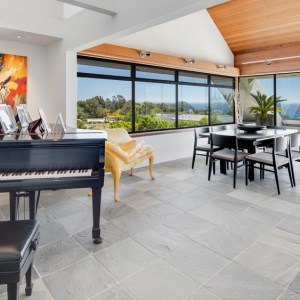 Trekkies, take note: A futuristic home in Malibu, Calif., that was featured in the classic TV series Star Trek: The Next Generation has hit the market for just under $5.7 million. Located at 27553 Pacific Coast Highway, the four-bedroom home had a leading role in a season three episode that aired in 1989. In it captain Jean-Luc Picard (played by Patrick Stewart) and his Starship Enterprise crew land on a seemingly deserted planet, only to find two people who have inexplicably survived a disaster that destroyed the rest of the population.

Thanks to its future-focused design, the home still appears light-years ahead of area residences. Designed by architect Ellis Gelman, the one-of-a-kind house shows off dramatic angles, swooped ceilings, and circular and triangular windows that look out to the Pacific Ocean. Slate tile and bamboo flooring, wood ceilings and accents, and crisp whites and grays give the contemporary home a natural, earthy feel.

The chef’s kitchen comes with a breakfast bar, emerald stone countertops, and stainless-steel appliances, while the nearby dining area is backlit by a wall of glass windows. The living room—which shows off a glass fireplace and gray stone floors—opens to an alfresco deck with a glass railing where residents can wine and dine with the ocean in the distance. And the master suite includes a bedroom with a fireplace, a walk-in closet, and a spa-like bath.

Set on a two-acre lot and surrounded by a lavender and rose garden, the residence is located within walking distance of the shimmering blue ocean. A detached unit can be used as a guesthouse, office, or gym. Ani Dermenjian of Coldwell Banker holds the listing.