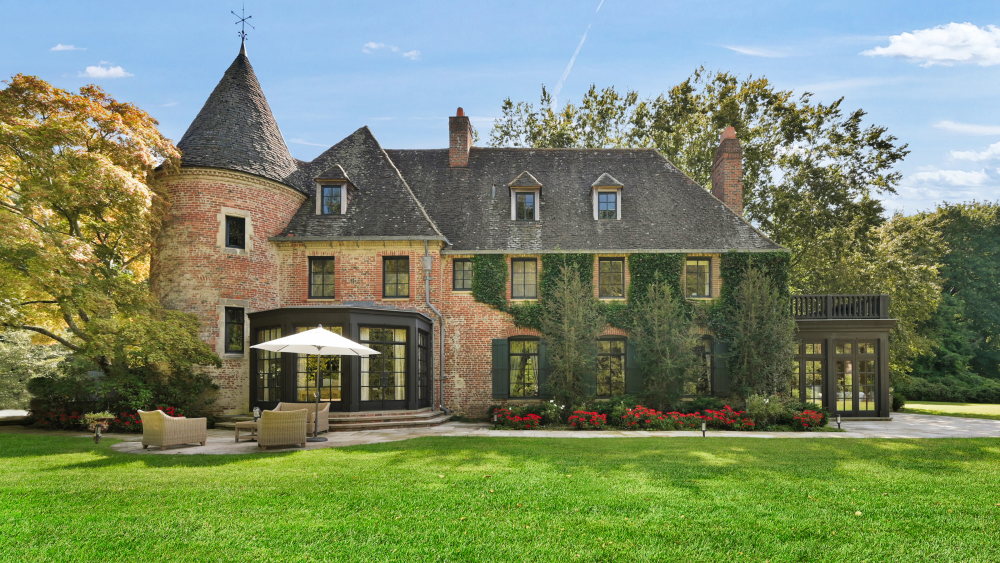 Looking to ditch New York City proper? Now may be a great time to pull the trigger and get some distance from the metropolis, as a home in one of Long Island’s pricier neighborhoods has just hit the market for $12.5 million.

The approximately 11,000-square-foot mansion was originally constructed in 1928 by architect Benjamin Wistar Morris of firm LaFarge & Morris. Morris designed many homes in the New York area, and his résumé also includes notable structures such as the Wells Fargo Building in Portland (where he was born), which was the city’s first skyscraper. This particular Long Island home was built for Fremont C. Peck, who at the time was the publisher of The Brooklyn Daily Times newspaper.

The residence is located in Old Brookville, a tony village within the larger town of Oyster Bay. It sits on about 12.5 acres, and outdoor amenities include a three-car garage, a saltwater pool and pool house, a tennis court and a three-bedroom guest house. Essentially you’ll have everything you need to enjoy summers in New York in your own backyard.

Altogether the property has eight beds, eight baths and four half-baths. It was built in a French château style—great for those who are sick of more sleek, contemporary architectures—and has a game room, a wine cellar and a gym.

The entryway  Courtesy of Douglas Elliman

According to Dirt, the residence is owned by Remy Trafelet and his wife, Lady Melissa Jane Percy Trafelet, a fashion designer and former pro tennis player. Her title comes courtesy of her father, the 12th Duke of Northumberland—she grew up in Alnwick Castle, where scenes from the Harry Potter movies were filmed.

The kitchen  Courtesy of Douglas Elliman

Remy Trafelet reportedly paid $15 million for the Long Island home in 2005. The discounted price tag that the mansion now carries will appeal to Manhattanites who want a second, more secluded mansion with additional yard space for outdoor entertaining. If that sounds like you, best snap this historic offering now while it’s still on the market.

The pool  Courtesy of Douglas Elliman

The lounge  Courtesy of Douglas Elliman