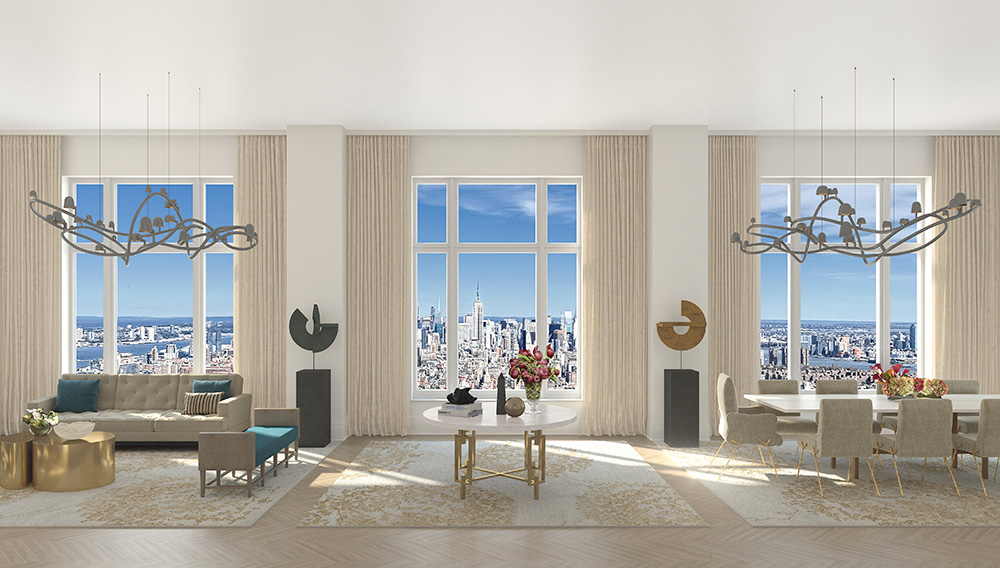 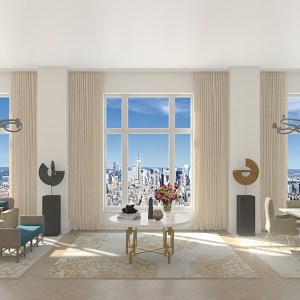 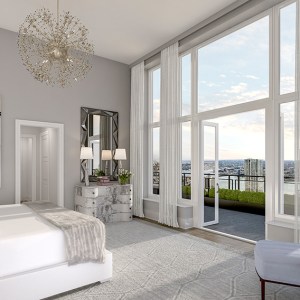 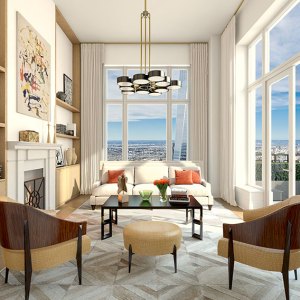 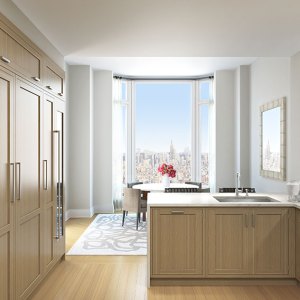 Robert A.M. Stern Architects has just released renderings of 30 Park Place—the New York firm’s new billion-dollar project—which includes the Four Seasons Private Residences New York Downtown. The 82-story tower will be downtown Manhattan’s tallest residential building (926 feet), over half of which will be occupied by the Four Seasons hotel and private residences. The new images tour the homes’ interiors, showcasing ceilings as high as nearly 14 feet, and windows almost as tall. The building is no fishbowl, however. Typical of Robert A.M. Stern, the limestone and concrete facade looks like a taller, 21st-century cousin of the nearby Woolworth Building, rather than a brother to downtown’s glass menagerie.

Stern architects designed the interiors as well, finishing the 157 residences with solid white-oak floors, white-oak framed Bilotta kitchen cabinetry, and marble bathrooms. Owners receive the same amenities as the guests of the 189-room hotel downstairs and are encouraged to order room service, groceries, fresh flower arrangements, dog sitters, and anything else they may need. The over 40,000-square-feet of amenities also offers a residences-only pool, gym, screening room, and a Four Seasons spa. The building is slated to be complete in mid-2016. Currently, 30 Park Place has 10 units on the market, including two penthouses: a 3,173-square-foot three-bedroom for $18.9 million and a two-story, nearly 6,000-square-foot five bedroom for $29.5 million. (thirtyparkplace.com)