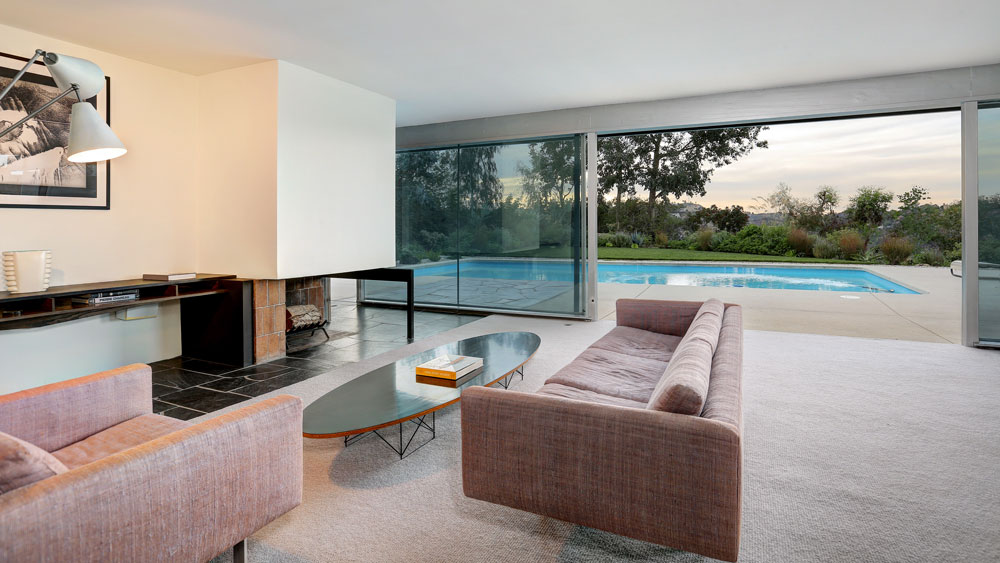 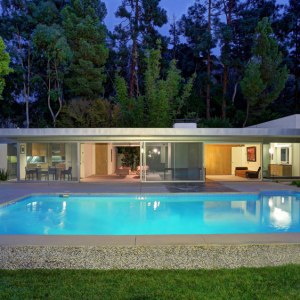 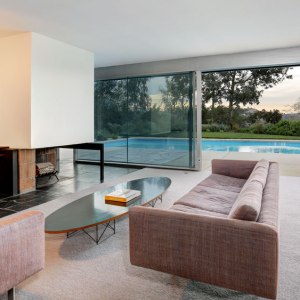 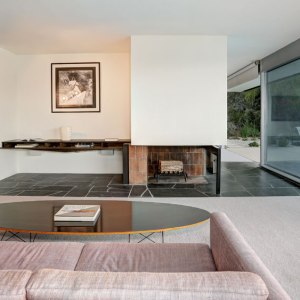 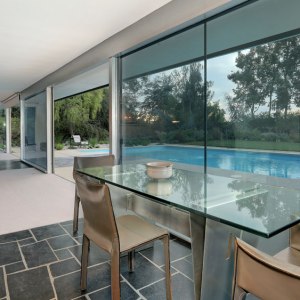 The best homes incorporate comfort, convenience, and stellar views. The Loring House, a mid-century modern home in Hollywood Hills, Calif., encompasses all three. Built by Austrian-American architect Richard Neutra in 1958, the home is inspired by the industry’s most innovative minds, including the iconic Frank Lloyd Wright and the legendary Rudolf Schindler, both of whom worked with Neutra throughout his career. Deemed the second-greatest American architect of all time by Time magazine in 1949, Neutra was known for his open-plan, functional homes that can be seen around the country, specifically on California’s coast from L.A. to San Francisco.

Between 1927 and 1969, he designed more than 300 homes and coined the term biorealism—a design ethos he referred to as “the inherent and inseparable relationship between man and nature.” Among his impressive portfolio of projects is the VDL Studio and Residences in Silver Lake (deemed a National Historic Landmark in 2017) and the sprawling Von Sternberg in the San Fernando Valley, which was once inhabited by the esteemed author and playwright Ayn Rand.

Perched at the top of a knoll, the Loring House is a mid-century boxcar home dominated by oversized retractable glass doors that open to a manicured lawn, an outdoor swimming pool, and a bamboo garden. The home was commissioned by the late Eugene Loring, who is most notably remembered for his choreography in the original 1939 ballet of Billy the Kid and the Oscar-nominated film Funny Face, starring Audrey Hepburn and Fred Astaire, as well as his appearance alongside Elizabeth Taylor in the Oscar-winning film National Velvet.

Built with a large roof overhang and connected by spider-leg columns, the house has the minimalist design that Neutra was known for, bridging the temperate Southern California climate with the comforts of the indoors. The neutral interior palette consists of white walls and curated furnishings. The living room, which is drenched in natural light, bares support beams that bring the focus to the center of the room, where an Eames surfboard coffee table is placed around the custom fireplace built with an outrigger beam. Ceiling-height glass doors slide open to the terrace, where views of the surrounding cliffs can be enjoyed. The dining room boasts Mario Bellini chairs and a table from the late 1980s, while the bedrooms feature Alvar Aalto chairs and an Eero Saarinen side table.

A later addition, which made room for a master suite and bath done by Los Angeles–based Escher GuneWardena Architecture, was artfully integrated into the home in the exact location Neutra had planned to build another room. The property also features a two-bedroom guest house with a two-story art studio designed by California native and architect Steven Ehrlich. Steeped in simplicity with acute attention to detail, each room is designed with glass walls and windows, allowing the woods beyond to be enjoyed from every corner—Neutra wouldn’t have wanted it any other way.

The Loring House is listed for $5.6 million by Steve Frankel of Coldwell Banker Global Luxury.