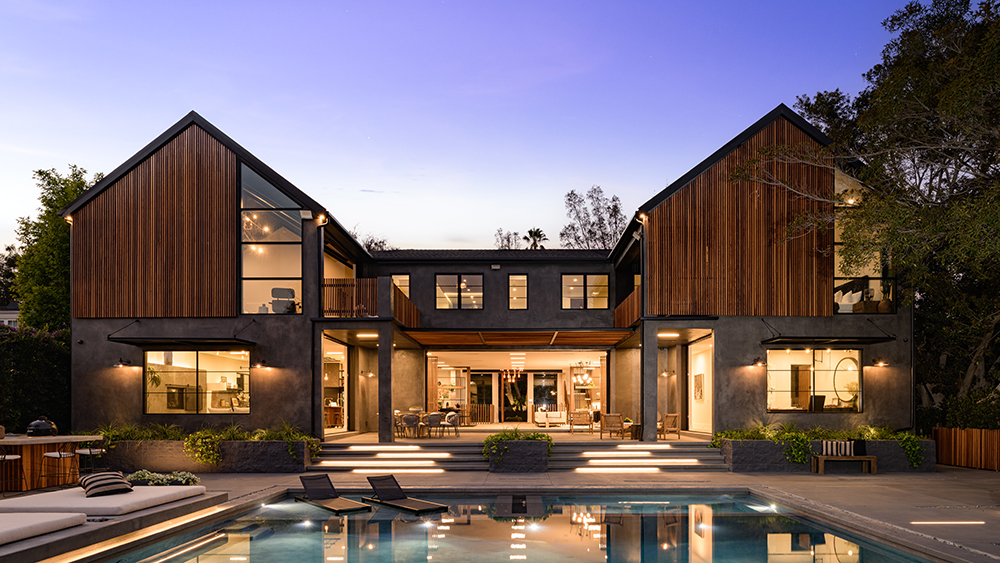 After a tumultuous year, buyers are slowly returning to major cities and once again putting down roots. But expectations are now through the roof: After spending time away in more tranquil and more spacious homes, people aren’t just settling for the same sort of real estate that they abandoned during the Covid-19 pandemic. Something a bit more standout such as a home with fire features in the double-digits may appeal. If that’s the case for you, then you’re in luck, as a residence with 10 has just listed for $22.5 million in Los Angeles.

The 13,000-square-foot home is situated in Holmby Hills, one of the city’s tonier enclaves. According to The Wall Street Journal it was built by real-estate developer Oren Hayun, though he and his family never got around to actually moving in, so it’s essentially brand-new.

One of the most notable interior features is a three-story waterwall, bringing a sense of nature into the space. Hayun put a considerable amount of work into the kitchen, too, which includes a custom stove from Aga and a kitchen island made of live-edge walnut that has wireless chargers embedded in it in case your battery is low. There are four fireplaces inside, but the best one is in the primary bedroom, as it’s made of lava rock from Mount Vesuvius.

Other interior amenities include an indoor theater, a gym, an elevator and a laundry room that doubles as a doggie spa. It’s an eight-bed, 11-bath residence altogether.

Of course, like any California mansion, it’s what’s outside that matters most. Here there are six fire pits, one of which is in the pool. It makes for a unique entertainment area, as there’s also an outdoor kitchen, sunken lounge and beer tap nearby.

One of the bedrooms.  Photo: Nils Timm

Naturally, it’s a great place for parties, but there’s room to raise a family here, too. Just make sure no one gets too close to the open flames while doing laps outside.

Marcy Roth and Fredrik Eklund of Douglas Elliman hold the exclusive listing. You can check out more photos of the home below: