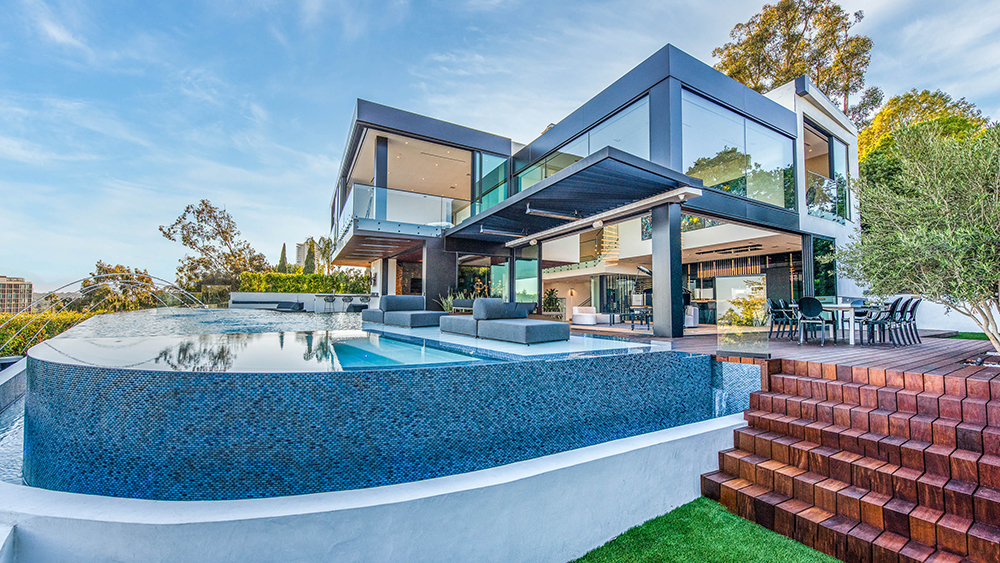 Earlier this year, an NFT house sold for over $500,000. Obviously it was a digital model, rather than a brick-and-mortar residence, but that’s not where the non-fungible token trend ended in the world of real estate. Case in point: A home in Los Angeles has just listed for $18 million, and part of the appeal is its ability to showcase digital art.

The 9,400-square-foot home was designed by architect Hagy Belzberg, who envisioned the Los Angeles Museum of the Holocaust (and whose Skyline Residence was being shopped by owner Pharrell Williams earlier this year for around $12 million). Belzberg’s NFT experiment took three years to complete and s perched high above Sunset Boulevard.

Want to see it for yourself? Listing agent James Harris of the Agency gave Robb Report an inside look on Instagram Live:

It has four bedrooms and five bathrooms, plus a massive, open-air living area that flows into an outdoor kitchen and infinity pool overlooking the city. A 30-foot waterfall cascades down behind the stairs, stretching all the way from the top floor to the basement.

There are two indoor kitchens as well, one of which is hidden behind a secret door and is meant to serve as a chef’s kitchen for entertaining. In the great room there’s a glass temperature-controlled wine cellar where you can display your vino.

All of the bedrooms are located upstairs. The primary sits at the corner of the house, so it has the best views as well as a massive bathroom and walk-in closet. The NFT gallery is also on this level—at the moment it’s displaying a handful of spinning gummy bear artworks. “It brings the house character and charisma,” Harris tells Robb Report of the amenity. “It brings it to life.”

One of the two kitchens  Chris Nolasco and Nick Frandjian

The basement is for movie night. There’s a bar area, a projector and plenty of room for cozy seating. For auto aficionados, there’s a three-car garage and a turntable on the property for displaying collectible marques.

Interested in snapping it up? Make sure you grab a few digital artworks to display before move-in, as the home is certainly suited for it.