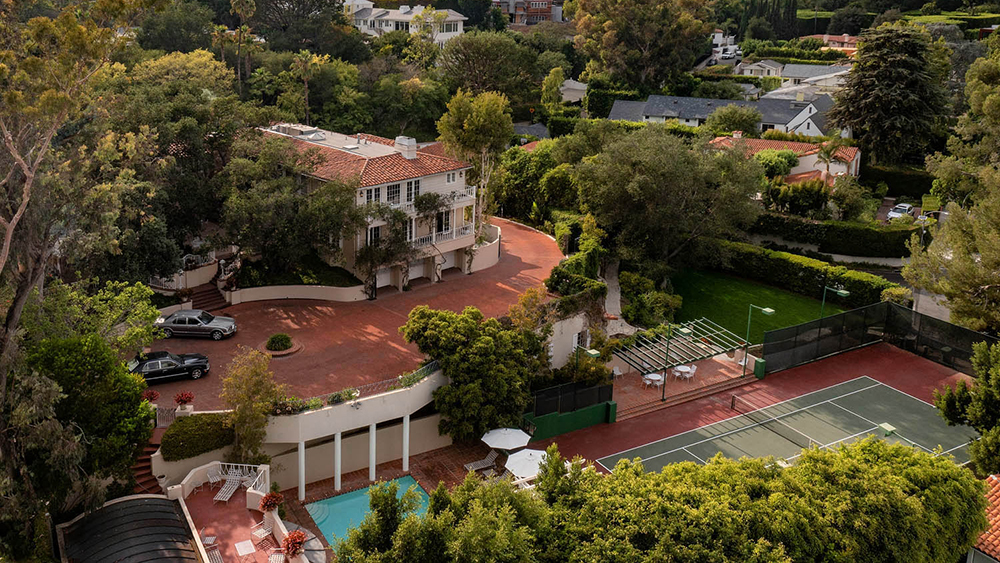 Los Angeles is rife with shiny new homes with big glass walls and infinity pools, but often a residence with a bit of history is more appealing. Those on the hunt for that sort of thing are in luck: A home long associated with Hollywood—and with a magnificent pool house designed by trailblazing Black architect Paul Williams—has just listed in Beverly Hills for $25 million.

The residence was built in the early 1930s, and from 1968 to 1972 it was owned by Paramount Pictures. Another showbiz name snapped it up not long after: Charles Fries, who was the producer of The Amazing Spider-Man TV series and other shows. The place is now owned by a trust with ties to his family, according to the Los Angeles Times.

It’s located in an exclusive area that’s only seen more and more big-ticket real-estate sales over the years. One of the most recent was the nearby Warner Estate, which Jeff Bezos bought for a whopping $165 million last year.

The old Paramount Pictures estate isn’t quite as grand but is still very impressive. The main residence is 13,000 square feet and sits on a 1.2-acre parcel of land. There are six bedrooms altogether, and the house is located at the end of a long, gated driveway, so there’s plenty of privacy.

It’s the amenities, though, that really make the property stand out. Downstairs there’s a wine cellar with room for a whopping 2,000 bottles, a gym, a 500-square-foot theater for movie nights and a second kitchen for hosting dinner parties.

Outside there’s a tennis court and pool, but it’s the pool house itself that’s really worth the splurge. It’s a rare example of a private residential structure designed by the renowned Paul Williams, who worked on homes for many movie stars, including Cary Grant and Frank Sinatra. This particular example features a barrel-vaulted ceiling, a bar and dual dressing rooms, all done up in Williams’s signature California style.

In other words, if you want to own a piece of Hollywood history, this checks virtually all of the boxes. Check out more photos below: