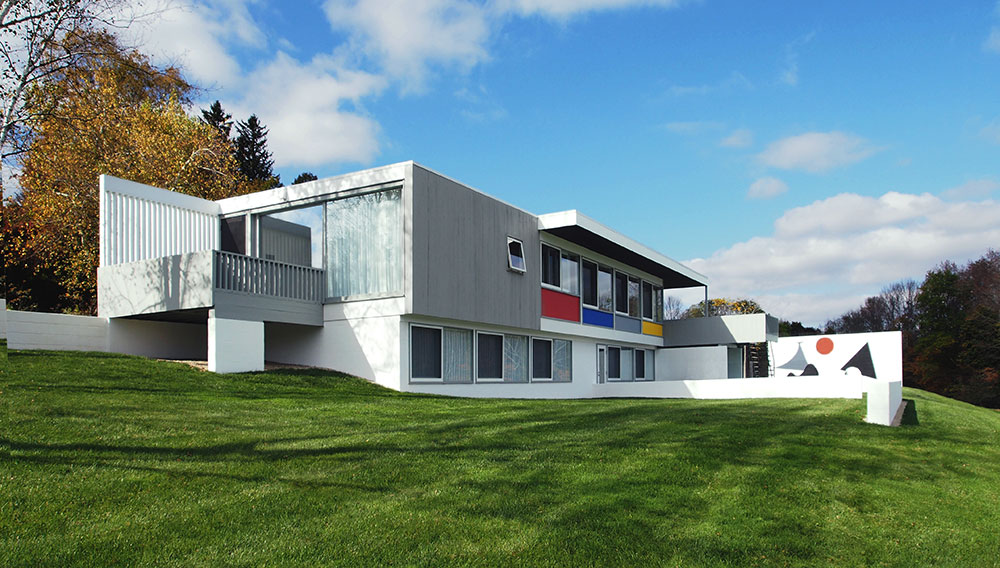 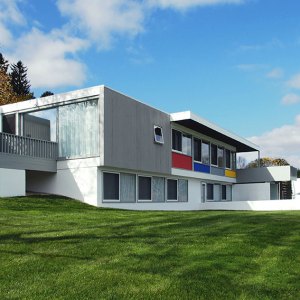 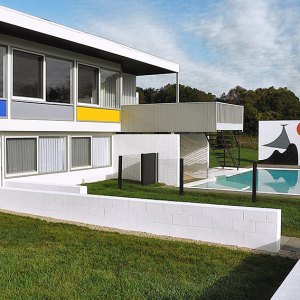 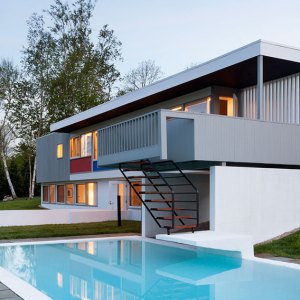 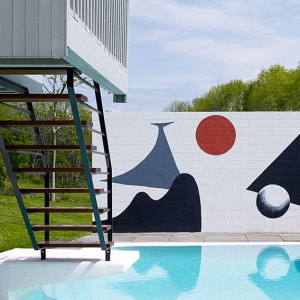 In the 1950s, the Stillman family and the architect of their home, Marcel Breuer, commissioned a backyard mural from a friend. The geometric design would add some flair to the pool behind their avant-garde, 3,200-square-foot home, the exterior of which is clad in glass, cinder block, gray wood, and blocks of primary colors. They paid the friend, Alexander Calder, $300.

Today, Calder’s work sells for millions, and the Stillman House will be auctioned off on November 19 as part of Wright auction house’s Design Masterworks sale. A master of modernism, the Hungarian-born architect and furniture designer was commissioned by the Stillmans in the early 1950s. Breuer’s signature “longhouse” cantilever design—which manifests in this property over two stories with two living areas, four bedrooms, and two bathrooms—was highly unusual for the Litchfield, Conn., neighborhood that is populated by Colonial white clapboard houses. A separate glass studio, which includes a full kitchen and 13-foot ceilings, also sits on the 2.78-acre plot and will be sold as part of the estate, valued at over $2 million.

The original 22-foot, poolside Calder mural, likely worth more than the house itself, has been removed and a facsimile put up in its place. Indoors, on the side of the living-room fireplace, the original black-and-white Sound Waves mural by Swiss artist Alexander “Xanti” Schawinsky remains intact. Although Litchfield no longer approves architectural plans for modern homes, the neighborhood recognizes the few such homes it allowed from 1949 to 1970 as representing an important period in the area’s history. Prior to the auction, interested parties may view the home by appointment. (wright20.com)