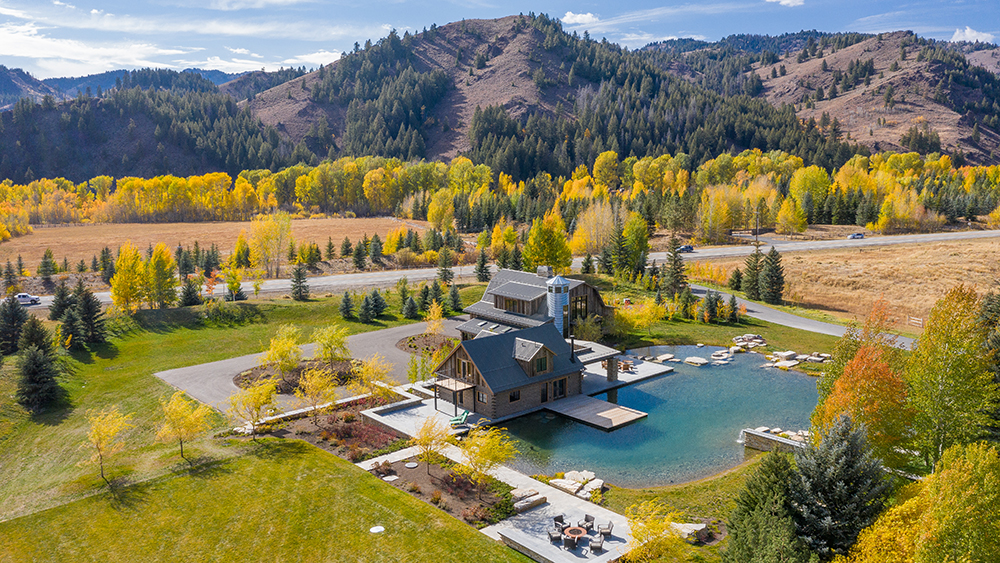 While many of the private homes that have appeared in feature films and TV shows are located in Los Angeles (obviously), that’s not always the case, as shoots often head out on location to get some authentic flavor. For the classic Marilyn Monroe movie Bus Stop, for instance, the crew shot scenes in an old general store in Idaho. That shop has since been repurposed into a guest home and is now part of a larger, contemporary estate that’s just hit the market for $16 million.

The residence is better known by Monroe fans as Grace’s Diner. In the movie, it’s where characters Beauregard Decker (played by Don Murray) and Virgil Blessing (played by Arthur O’Connell) make a pit stop on their way down to Phoenix. Since they’re taking a bus to get there, in many ways the now guest home was the titular bus stop. The duo return to the diner on their way back to Montana after meeting Monroe, who plays Cherie, a singer.

The guest home looks a bit different now than it did then, most notably because it’s not a store anymore. Nowadays it’s a two-bed, two and a half bath cabin that’s great for housing visiting friends and family (particularly if they’re Marilyn Monroe fans). It sits on about 12 acres of private land.

The guest house, which was featured in the movie Bus Stop  Photo: Tory Taglio

It’s the estate’s main mansion that future owners will likely spend the most time in though. The 6,152-square-foot home has five bedrooms, and has a much more contemporary look than many other family compounds in the area. Outdoor entertainment spaces round out the roomy digs, although you’ll have great views of the surrounding mountains no matter where you are on the property.

The listing also includes a Party Barn (yes, it’s really called that), which is more for large, rowdy gatherings than it is for housing horses or other livestock. Real revelers can live here, too, as there’s a bedroom, bathroom and kitchen on-site.

The living room in the main residence  Photo: Tory Taglio

One of the biggest perks of living here, beyond its cinematic ties, is the landscape. There are multiple private ponds on the property, and it’s located just north of Ketchum, so you’re far away from any really major cities. Perfect for a quiet weekend getaway.

One of the outdoor entertaining areas  Photo: Tory Taglio

ONe of the bedrooms  Photo: Tory Taglio