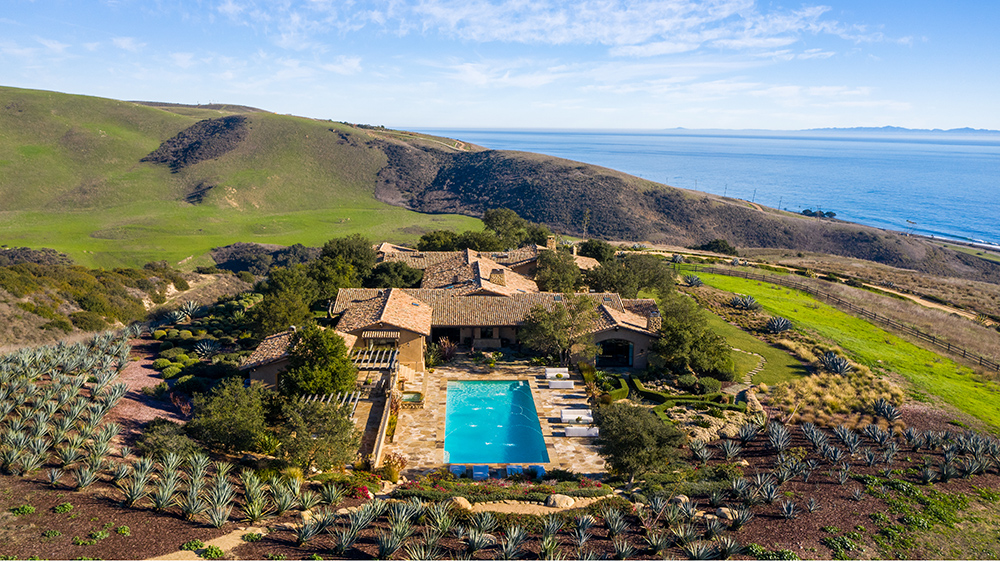 A spectacular 3,500-acre California coastal ranch outside Santa Barbara, complete with two sprawling Spanish-style villas and a working ranch, has just been listed for a jaw-dropping $110 million.

It’s the first time the historic El Rancho Tajiguas has been offered since its owner, French-Saudi billionaire and Formula One racing powerhouse Mansour Ojjeh, purchased the property almost 40 years ago.

The $110 million asking price makes the secluded ranch on California’s rugged Gaviota Coast 25 miles west of Santa Barbara, one of the priciest properties ever listed in the area.

What arguably makes the ranch even more appealing is its two 10,000-square-foot-plus homes on opposite sides of the property. Development is this area of the coast is heavily regulated and it reportedly took Ojjeh more than five years to secure approvals for the homes.

Both villas provide breathtaking views of the Pacific across to the Channel Islands and back to the Santa Ynez mountains. The Villa della Costa home was completed in 2014 and features five bedrooms, 11 bathrooms, a 60-foot pool, and 106 acres of land. As recently as April 2017, it was listed for $35 million.

Views of the Pacific from one villa.  Matthew Momberger

The second home, Villa del Mare, was completed in 2015 and features five bedrooms and 11 baths, together with a seven-car garage and separate guest house and cabana. It was listed in March 2017 with a 287-acre parcel of land for $38.5 million.

The ranch also features an historic 7,000-square-foot adobe hacienda in the estate’s central valley. Ojjeh bought the 20-room, 16-acre property, believed to date back to the 1800s, from actor John Travolta in 1988. For the time being, the hacienda is not included in the sale.

What potential buyers will get for their $110 million outlay—in addition to those two homes and 3,500 acres—is a fully-working ranch with 120 head of cattle, around 20 other buildings for the staff, and a farm planted with avocado, orange, and persimmon trees.

If Ojjeh’s name sounds familiar, the 66-year-old heads-up the Luxembourg-based group TAG, an acronym for Techniques d’Avant Garde. For the past 32 years, he’s been a driving force behind Britain’s McLaren Group, especially its Formula One team; he currently holds a 25 percent stake. He also owned the TAG Heuer watch group, before selling it in 1999 to LVMH for a reported $739 million.

The El Rancho Tajiguas listing is being shared by agents Marco Naggar and Aaron Kirman of Compass, together with Randy Solakian of Coldwell Banker Global Luxury.