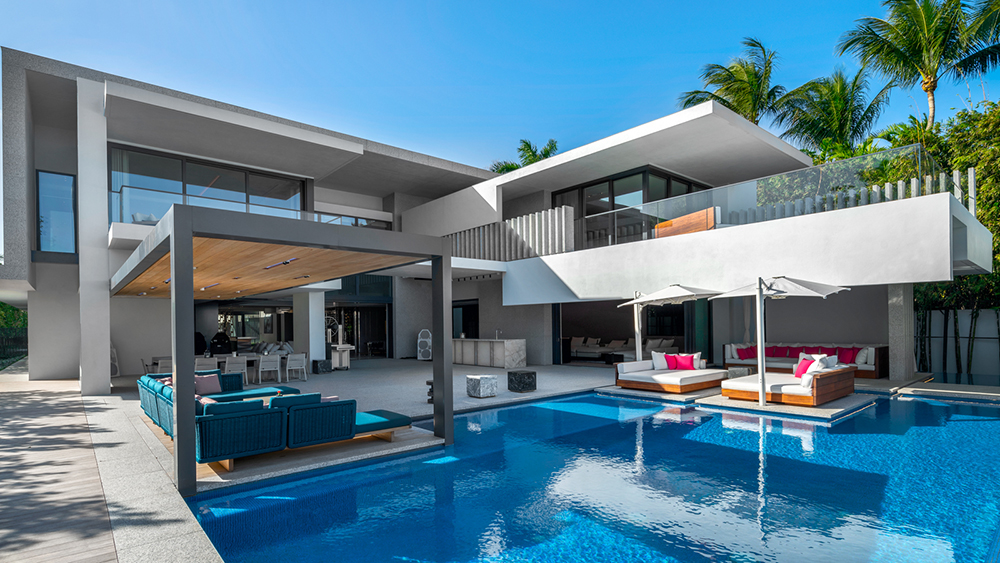 Having one mansion is great, but why not two? Those looking to double their real-estate portfolio can do just that, as an estate with two disparate homes on the grounds has just listed for a whopping $90 million in Miami.

The parcel is located on Star Island, a tony enclave with views of Biscayne Bay. It’s an area that recently got a lot of buzz, as hedge-fund billionaire Ken Griffin bought a home here for $75 million just last month. Should this new listing go for anywhere close to its asking, it will easily exceed that Griffin’s number, which set a record as the priciest transaction in the Miami area.

The original Mediterranean home, which dates back to the 1920s  Photo: LPG/ONE Sotheby’s International Realty

The property is owned by John Jansheski, the founder of DenTek Oral Care. He purchased one of the two mansions—a historic home built in 1924 that was the first residence on the gated island—for $10.7 million in 2011, according to The Wall Street Journal. Rather than tear it down and start from scratch, Jansheski instead moved the nearly 100-year-old digs 150 feet to make room for a more contemporary abode.

The living room in the second, contemporary home opens out to the pool.  Photo: LPG/ONE Sotheby’s International Realty

To this day, the older home remains intact and bears the same Mediterranean-style design that was part of architect Walter DeGarmo’s initial vision. Juxtaposing that, Jansheski tasked South African firm SAOTA with constructing a new, more 21st-century residence. Not only was it to be very different stylistically, it was also going to be much larger: As they now stand, the original mansion is 7,000 square feet, while the new build more than doubles that at a whopping 18,000 square feet.

Naturally, the newer build also comes with many of the amenities that luxury buyers have come to expect of their square footage. There’s a 1,400-bottle wine room, a spa area, a separate gym space and a living room that opens up to a massive wrap-around pool. Should you want to invite guests over, there are 11 bedrooms in total between the two homes as well.

One of the bedrooms  Photo: LPG/ONE Sotheby’s International Realty

Obviously you’re on the waterfront here, so views of crystalline waters are part of the package. For the boating set, there’s even a recently installed dock with a lift.

Check out more photos of the Star Island estate below: