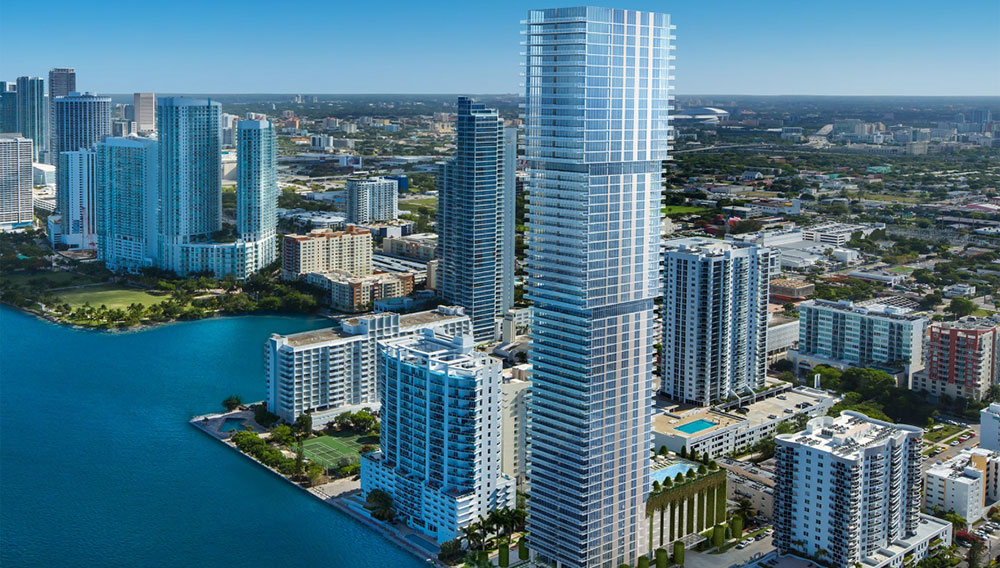 Hundreds of Miami’s top real estate brokers gathered to celebrate the launch of Elysee Residences, a planned luxury waterfront condo tower set to rise directly on Biscayne Bay at 700 NE 23rd Street in Miami’s East Edgewater neighborhood. The project’s newly-unveiled sales gallery was transformed into a 1940s-era salon by Parisian architect and designer Jean-Louis Deniot, the mastermind behind Elysee’s chic interiors. Deniot is designing all the common spaces, kitchens and bathrooms at the luxury project whose name was inspired by the Elysee Palace, the residence of the present of France since 1848. Hosted by developer Two Roads Development and Cervera Real Estate, guests of the elegant French-themed soiree mingled over champagne and hors d’oeuvres while relishing in the stunning venue’s décor, with live entertainment provided by The French Horn Collective.

Now open to the public, Elysee’s sales gallery features a giant scale model of the building, sample renderings and views, as well as a model kitchen and master bathroom. The decor incorporates diamond and other geometric shapes, amid light wooden floors and retro style furnishings, all in tones of blue, gray and off-white. Design elements on display include Sub-Zero® and Wolf® stainless steel appliances including a built-in refrigerator/freezer, gas range, oven, microwave and dishwasher; imported ItalKraft® wood cabinetry; and designer faucets and fixtures.

Elysee’s 100 residences will include three- to five-bedroom condos measuring from 2,660 up to 10,000 square feet in size, priced from $1.65 million to over $10 million. The 57-story boutique tower will feature only two units per floor, with one full-floor penthouse, and private elevator access. Construction is expected to begin in early 2016 and be completed by 2018.

Featured on the ELLE Décor and AD 100 lists of the world’s preeminent talents in architecture and interior design, Parisian architect and designer Jean-Louis Deniot has been recognized worldwide for his eclectic and emblematic interiors. With projects across the globe, from New Delhi to Moscow to Beverly Hills, Deniot has brought his unique sophistication to some of the most important residences in the world. One of his latest commissions is the restoration of the revered Château Latour winery for French business mogul François Pinault.