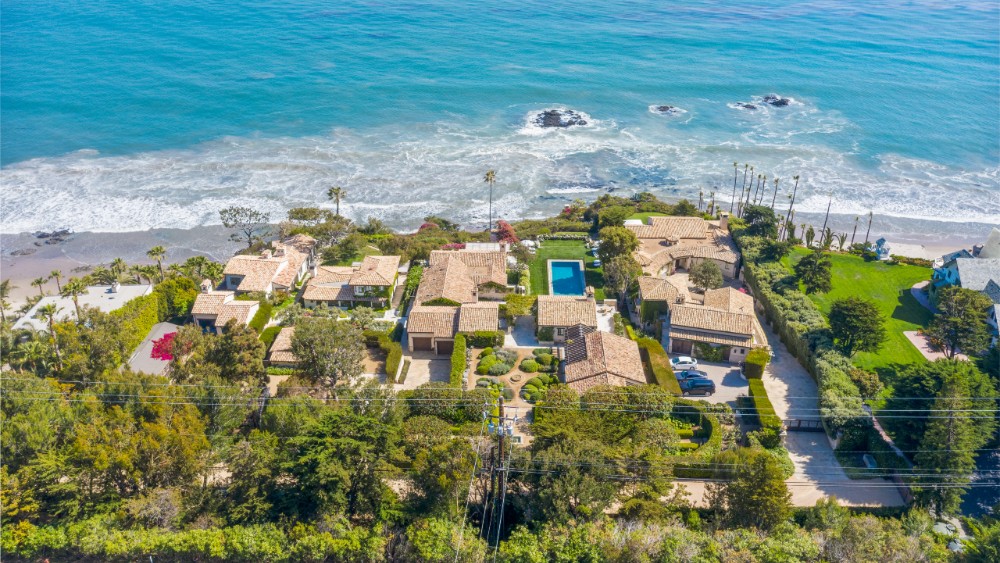 Malibu real estate prices have been booming in recent years, but this hilltop home is sure to break sale records for both Malibu and the state of California.

The $225 million oceanside estate is being sold by former Disney executive Michael Eisner, who served as CEO of Walt Disney Co. from 1984 to 2005. He and his wife, Jane, purchased their first parcel of land here in the mid-1990s and have been adding adjacent lots since then. In total, the estate comprises five parcels of land and was gradually constructed over decades until it was finally completed in 2020. It was designed by prolific architect Robert A.M. Stern, best known for his work in New York on buildings such as 15 Central Park West, 220 Central Park West and 70 Vestry, among others.

This jaw-dropping property features nine separate structures over five acres, which are connected via winding landscaped stone pathways, gardens and courtyards. There is a main residence, several guest homes and an oceanfront cabana accessed via a cliffside elevator; the latter is exceedingly rare for California, let alone Malibu.

Across the property, there are 16 bedrooms and 28 bathrooms, not including the two-bedroom caretaker’s cottage. Other amenities include a separate office, gym, pool and a movie theater, which is connected to the pool area via an underground tunnel. The property has panoramic, unrivaled views of the Pacific Ocean, and it sits on a bluff above Watkins Cove beach, which is rather small, secluded and difficult for the public to access—meaning that you’re likely to have it all to yourself.

The Malibu property has unrivaled views over the Pacific Ocean.  Anthony Barcelo

Located off the Pacific Coast Highway, the Mediterranean-inspired estate wouldn’t look out of place in the French Riviera, with its terracotta roofs, antique stonework and magnificent landscaping. The main residence spans 25,000 square feet, and the interiors throughout the entire estate are a rustic-beachy style, dominated by vaulted ceilings with exposed beams, large arched windows that capture ocean views, natural wood features and a neutral color palette. The windows and doors allow plenty of natural light to flow through and encourage outdoor living as they open onto the spacious lawns and courtyards.

The listing agent, Kurt Rappaport of Westside Estate Agency, tells WSJ that the price is warranted because the home would be nearly impossible to recreate today because of its scale, location and beach access. He also says that Eisner loves the creative process and is selling to start another project elsewhere.

If sold for $225 million, the home will break sale records in California, which was set last year when billionaire Silicon Valley venture capitalist Marc Andreessen shelled out $177 million for a Malibu compound.

There are nine structures, including a main residence and guest homes.  Peter Aaron/OTTO

The oceanfront cabana is accessed via a cliffside elevator.  Anthony Barcelo

The movie theater connects to the pool area via an underground tunnel.  Anthony Barcelo

There are many spaces to enjoy the outdoors.  Anthony Barcelo