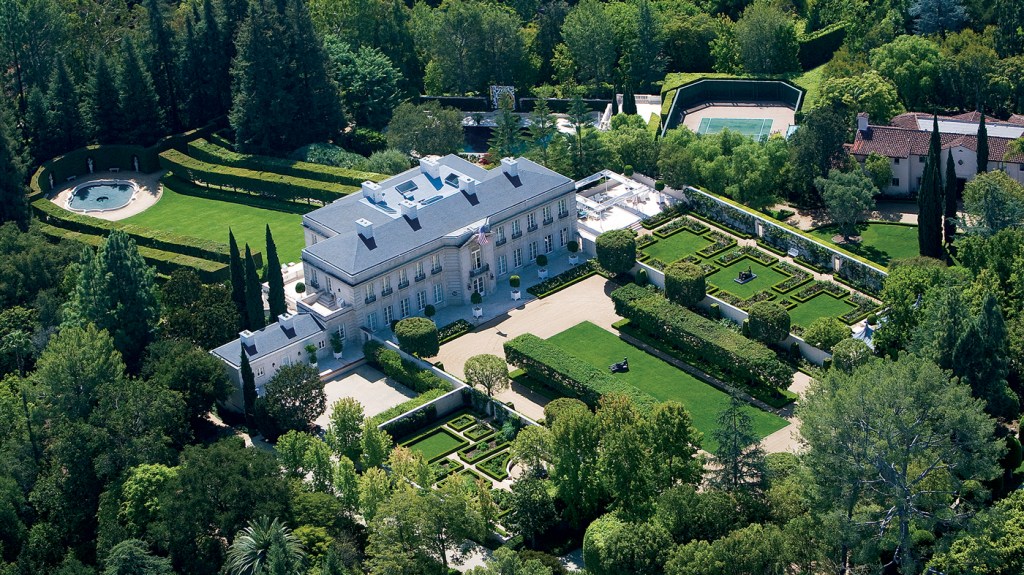 At the beginning of the year, a 38,000-square-foot mansion in Bel Air listed for $250 million, making it the most expensive property on the market in the United States. That price has been completely dwarfed by another Bel Air residence that will be introduced to the market for the jaw-dropping sum of $350 million.

Known as Chartwell, the 10.3-acre estate boasts a 25,000-square-foot main residence, built by architect Sumner Spaulding in 1933. Inspired by 18th-century French neoclassical architecture, the chateau-style abode served as the Clampett family’s mansion in the 1960s hit television series The Beverly Hillbillies. In 1986, it was purchased by Univision chairman A. Jerrold Perenchio (who passed away in May of this year). Perenchio had tapped designer Henri Samuel to redesign and modernize the home during a multimillion-dollar renovation.

Built for entertaining, the residence features a wine cellar, salon, ballroom, and period-paneled dining room. Outside, there’s a tennis court, manicured gardens, covered parking for 40 cars, and a 75-foot swimming pool (or, as it was better known to anyone who watched The Beverly Hillbillies, the cement pond).

Despite its exorbitant asking price, Chartwell may not be the U.S.’s most expensive listing for long. Developer Nile Niami’s Bel Air residence will reportedly list for half a billion dollars.