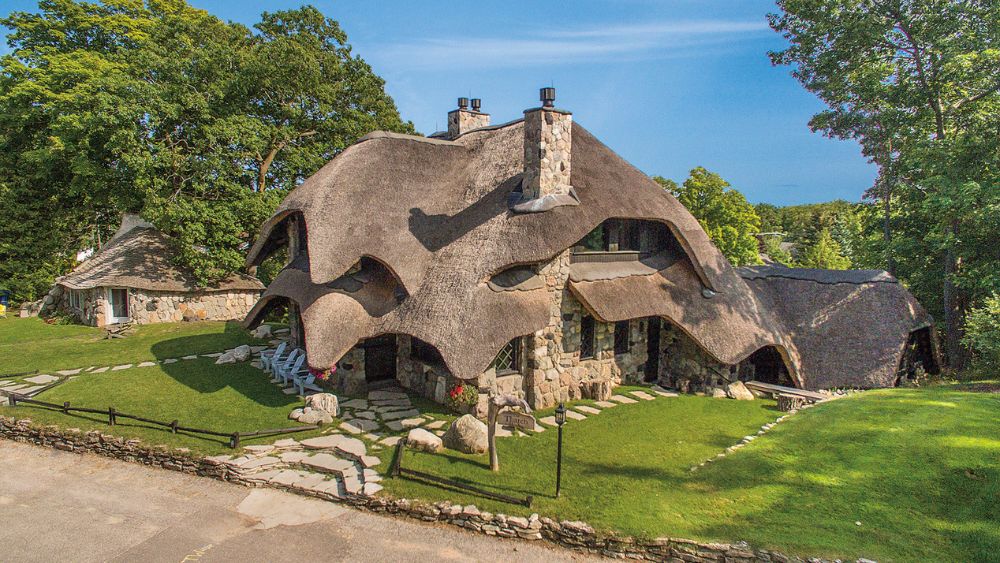 Mushroom house. Hobbit home. Whatever you call it, this listing is one for the storybooks.

If you’ve ever been to Michigan, chances are, you’ve heard about the mushroom houses of Charlevoix. The cartoonish stone cottages by architect and native builder, Earl Young, don’t exist anywhere else in the world—and now there’s an opportunity to own one. Young’s first-ever creation, known as the Thatch House, has just hit the market for $4.5 million.

Built in 1918, the three-floor residence gets its name from the specific style of thatched roofing. The other monikers stem from its resemblance to fungi and a dwelling you’d see in the Shire. True to storybook-style houses of the 1920s, the whimsical home was constructed in an organic fashion using predominantly locally sourced materials, namely washed-up stones that were retrieved from Lake Michigan. However, the original structure has been largely reimagined and didn’t always resemble the mushroom houses Young was famous for.

Inside, there are seven bedrooms and seven bathrooms spread across 4,000 square feet of living space. An additional 2,000-square foot guesthouse is included in the listing, outfitted with its own lofted suite and bathroom. The Arts & Crafts style interior features dark brown wood floors, timber joinery and bench-tops and tons of thoughtful touches. “There’s not a Home Depot door to the house; everything is custom. Even the door to the HVAC room. It’s truly a piece of art,” Berkshire Hathaway HomeServices listing agent Nate Granata told The Post.

Even though the property will soon be in new hands, both Young and Thatch House’s current owner have certainly left their mark. “He’s hoping whoever purchases it enjoys the place, he’s put a lot of time and effort into it.”

Click here to see all the photos of the Thatch House.

The Gilded Age New York Mansion From ‘The Age of Innocence’ Just Hit the Market for $6.5 Million 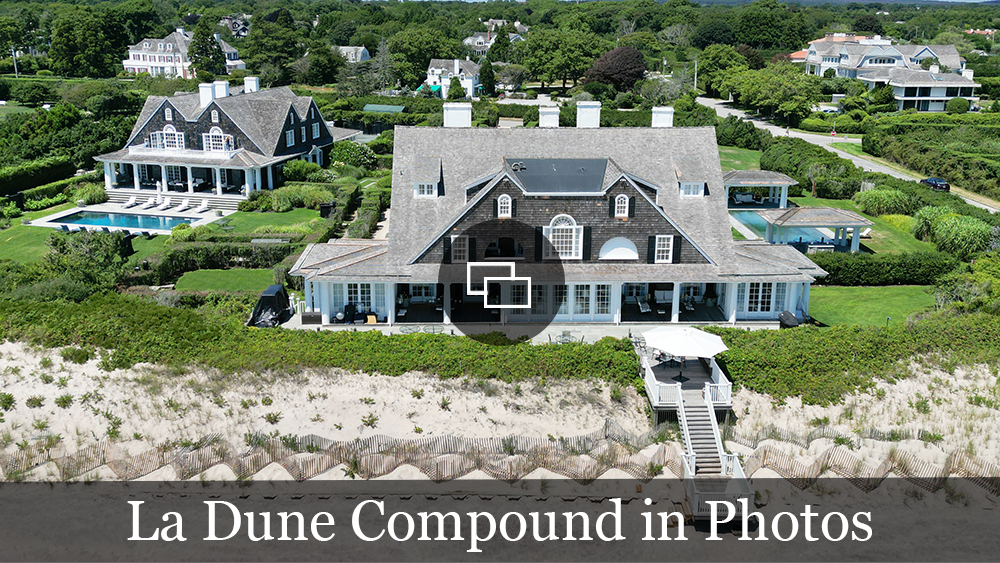 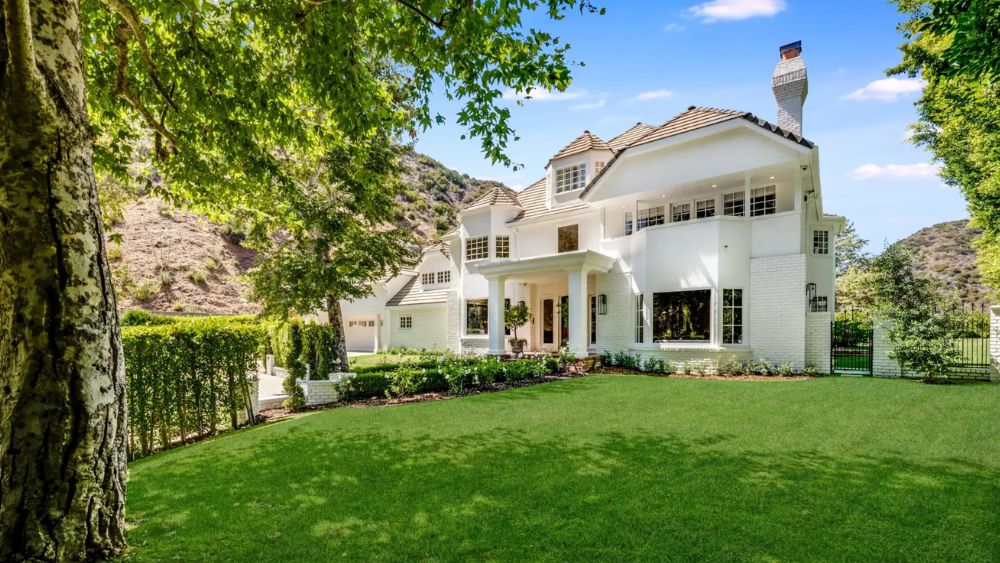