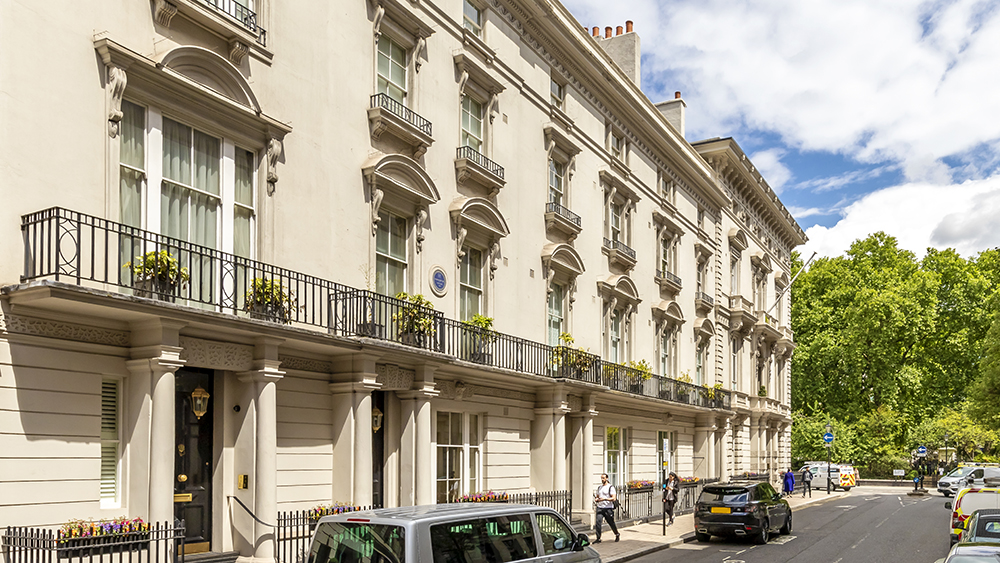 You know a home is up to par when it has been lived in by a French emperor.

The two-bedroom abode, which Wetherell has brought to market for the first time in 20 years, retains its charming period features but has been fully refurbished by the Berkeley Group and Collett-Zarzycki. As such, you can expect classic high ceilings and large windows, along with modern lighting, flooring and tech.

In terms of layout, the main drawing room leads to a library and dining room. From here, there is an upscale kitchen equipped with Gaggenau appliances and an informal dining area by a window. Elsewhere, the primary suite offers a walk-in dressing room and marble bathroom, while the second bedroom comes with an ensuite.

Napoleon III took a lease on the property in 1847 after escaping imprisonment in France for staging a coup against the Bourbon monarchy, according to Wetherell. He transformed the interior in honor of the Bonapartes. Namely, he put a portrait of his uncle ​​Napoleon I in the drawing room. As a leading figure in London society, he also entertained Prime Minister Benjamin Disraeli and novelist Charles Dickens in the drawing room and library.

After the fall of the Bourbon monarchy in 1848, Napoleon returned to France where he was named France’s first president in 1849 and then later emperor in 1852. Legend has it he left the King Street apartment in such haste that the landlord found his bed unmade and the marble tub still full.

To commemorate the building’s role in history, it was awarded a Blue Plaque by the Society of Arts in 1867. It’s now the oldest surviving Blue Plaque in London.

“This Blue Plaque home provides the perfect London base for someone who like Napoleon III wants to be located in the heart of London with easy access to the luxury shops and fine restaurants of Piccadilly, Jermyn Street and adjacent Mayfair,” Wetherell’s founder and chairman Peter Wetherell said in a statement.

Click here to see all the photos of Napoleon III’s London home.