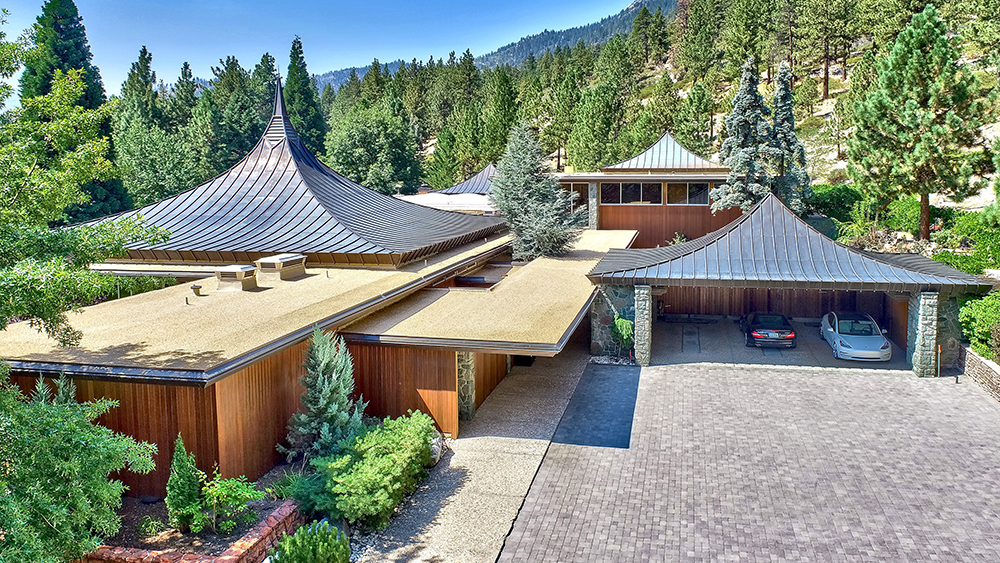 Over the course of the past year, many have decamped from major cities to quieter suburbs or rural retreats. The souped-up luxury ranch has seen more demand, as well as the Aspen or Park City ski chalet. Those still looking for their home away from it all have an opportunity to snap up a unique property in Nevada—one that’s got intriguing architectural elements and plenty of structures to accommodate raising horses.

The ranch is located in Washoe Valley, which is between the cities of Reno and Carson City. It was built by geologist Charles Steen, who famously struck it rich by finding a uranium deposit in Utah. His discovery, later called the Mi Vida mine, was one of the first big discoveries of the uranium boom in the early 1950s. It was a fortune that Steen almost missed out on, as he didn’t have enough money to afford a Geiger counter for his search, so it was only when he brought some of the ore to a friend that he learned what the deposit really was.

Steen put some of his money toward building his Washoe Valley digs, which architect Clarence Mayhew designed. Mayhew was best known for is contemporary San Francisco homes, a sensibility he brought to the uranium pioneer’s ranch.

One of the biggest selling points is all of the facilities available for the equestrian set. Steen invested in a few different industries after the uranium rush died down, including breeding Arabian horses. It didn’t work out, but the circular, 4,800-square-foot barn with 13 double stalls did ultimately attract the current owner, David Clark, the founder and CEO of Riviera Finance. Clark’s wife, Debra Clark, is an avid horse breeder, according to The Wall Street Journal.

It’s a 25 acre parcel altogether. The eight-bedroom main residence is 16,000 square feet and features a handful of distinct interior design and architectural elements: The copper roof is pointed, the staircase is more winding than most and the dining room is surrounded by water, so it appears to “float” on a slab on travertine marble.

There are other buildings on the property for guests, too, including another 14,000-square-foot home and a 3,500-square-foot caretakers cottage. There’s a two-bedroom apartment built into the barn too. The garage, meanwhile, has five bays and is about 6,000 square feet.

One of David Clark’s biggest contributions to the property, which he invested millions in, is the geothermal system, which generates electricity for the ranch. The couple didn’t stop there, though: They added another barn as well. You’d be hard-pressed to run out of room for all of your horses here.

One of the bedrooms  Photo: Tess Hunt