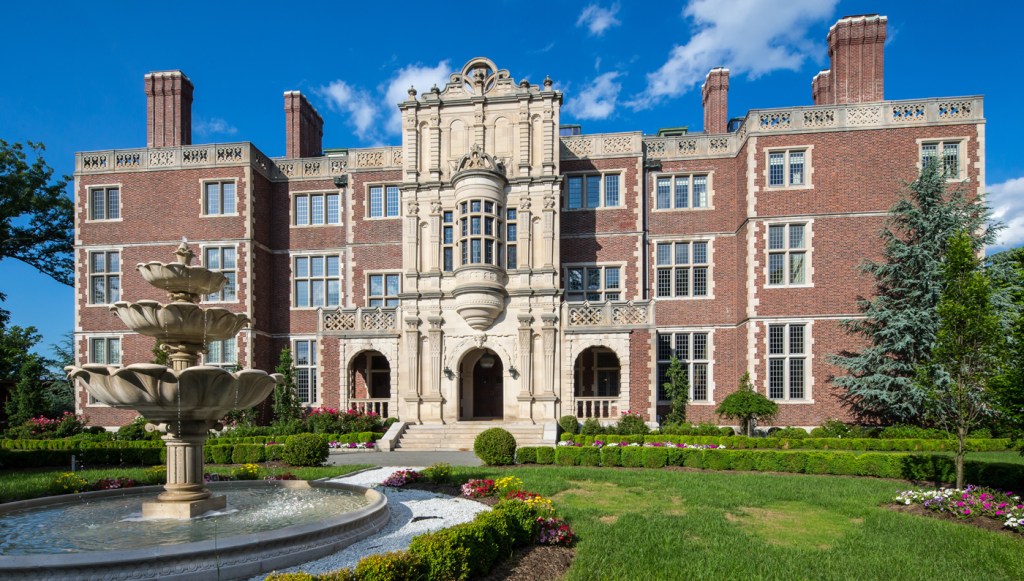 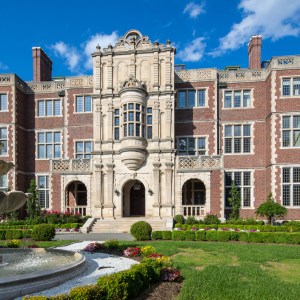 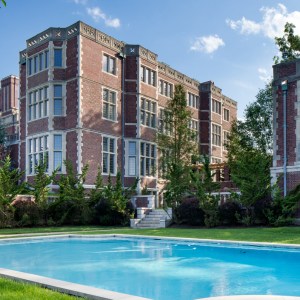 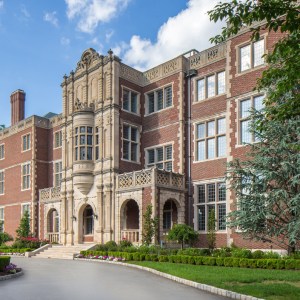 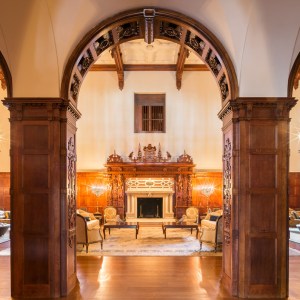 Built in the 1600s, the Bramshill House—a Jacobean mansion located in Hampshire, England—has been called a glory of English architecture by British historians. Remarkably, the house has an almost identical twin, Darlington, built nearly 300 years later in New Jersey. Situated on 12.5 acres and modeled after European architecture from the 1600s and 1700s, the three-story, 58-room home was commissioned by the son of a railroad magnate and finished in 1907 after five years of construction. The architectural marvel—which is listed on the National Register of Historic Places—recently completed a seven-year renovation overseen by the Special Properties Real Estate Services.

Crowned by ornate Dutch gables and oriel windows, the prodigy house bears a striking similarity to the Bramshill House. Inside, however, the majestic manse has been updated with modern amenities. Living areas were expanded by 12,000 square feet to bring the total interior space to 50,000 square feet. A rare, century-old Aeolian player pipe organ was restored to working order in the great hall, and Italian woodworkers made seemingly endless original carvings look like new. All mechanical systems were replaced, bathrooms were rebuilt, and hundreds of new windows were installed. The full spa is complete with a steam room and sauna, treatment rooms, a beauty salon, and a swimming pool. Entertaining areas were also reimagined for modern times: Residents can make a wager in the poker room, try a Cuban in the cigar room, and enjoy a flight in the wine-tasting room with adjacent cellar. Located 25 miles from New York City in Mahwah, the mansion has been listed for $48 million—giving one lucky buyer the chance to own a piece of history. (christiesrealestate.com)