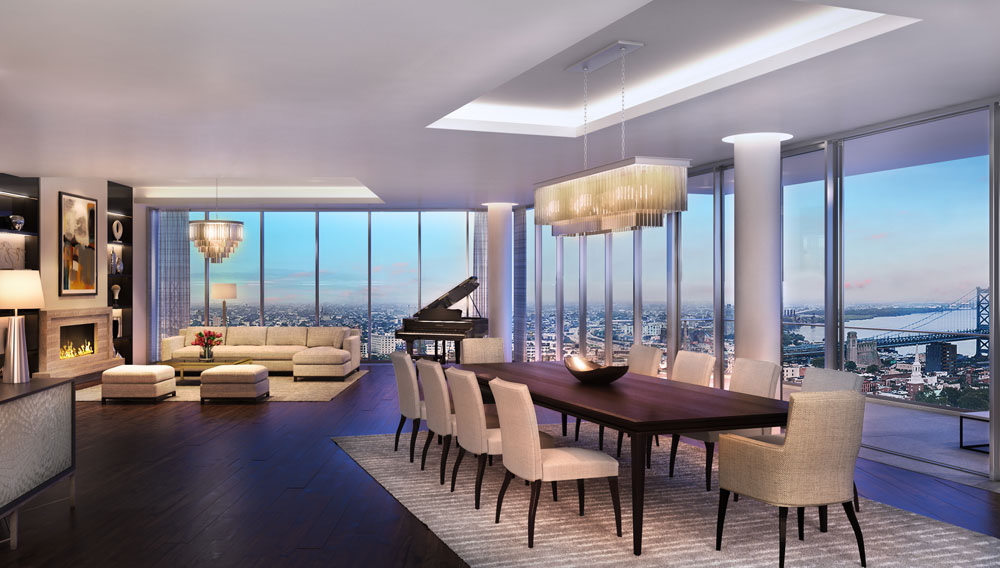 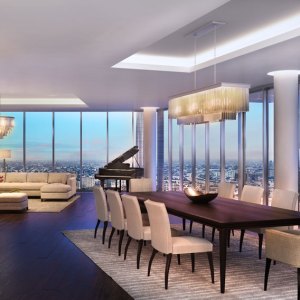 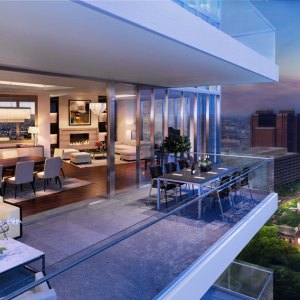 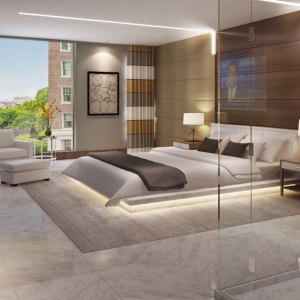 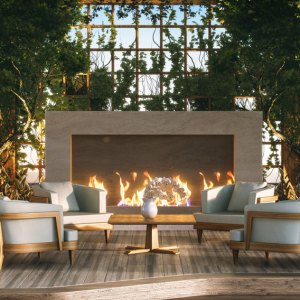 As if pulling into a single-family suburban home, residents of Philadelphia’s 500 Walnut high-rise will drive into a street-level, single-car garage and park. While they are in the elevator going up to their unit, the car will lower through the floor of the garage, and an automated robotic system will move it to its designated space.

The 26-story tower overlooking Independence Hall broke ground in March with 21 of its 38 units (priced from $2.5 million to $17 million) already sold. Demand for city residences of this caliber has been building since developer Tom Scannapieco’s first City Center condo tower, 1706 Rittenhouse Square, sold out in 2013. Like his first tower, 500 Walnut will feature units twice the size of any Philadelphia condominium built in the last decade. Ranging from a 2,700-square-foot floor plan to the two-story, 9,000-square-foot penthouse, each home will feature 11-foot ceilings, floor-to-ceiling windows, and fully customizable layouts. Most floors will house just one unit, while others will have two. Residents will share a fitness center, a spa, a boardroom, a lap pool, a yoga terrace, a billiard room, and a library.

The building’s most impressive amenity will be its fourth-floor, 4,000-square-foot tree-topped terrace. Landscaped like a park overlooking Independence Hall, the backyard also boasts beautiful views of the charming Federal- and Georgian-style row houses and cobblestone streets that give the surrounding Society Hill neighborhood its charm. Occupancy is projected for spring 2017. (Inquires: 215.574.0500, 500walnut.net)