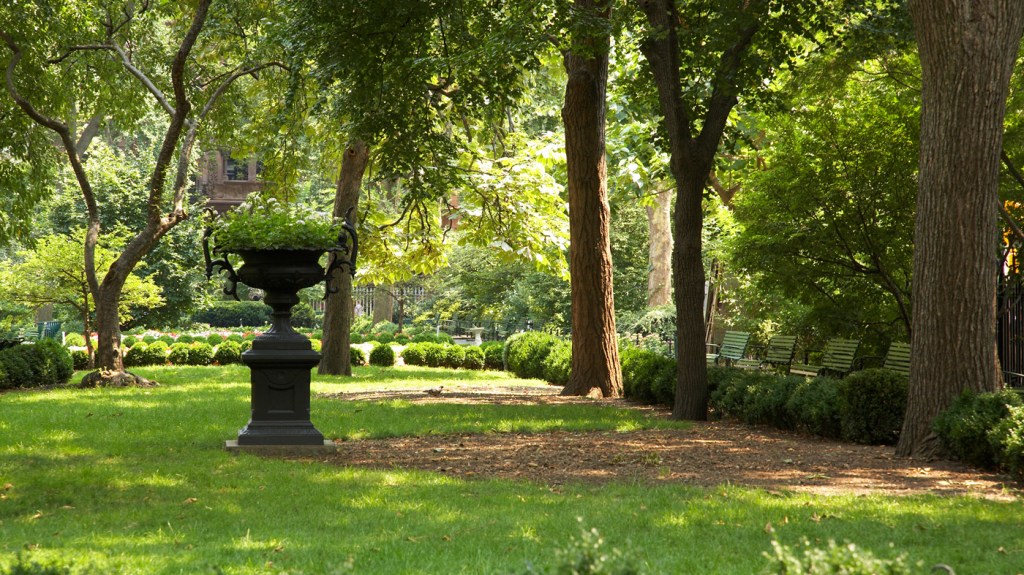 Manhattan’s denizens live in the heart of the Big Apple to embrace the hustle, the noise, and the energy of living in America’s biggest and most densely packed metropolis. Still, even the most dedicated New York veteran needs an after-hours retreat to recover.

This three-bedroom, two-bath apartment at 60 Gramercy Park promises just such reinvigorating shelter, facing the relatively subdued 22nd Street and the upscale confines of the Flatiron District. Built in the 1920s and newly renovated, the historic unit offers a sizable living room and 10 double-paned windows that face a tree-lined street, designed to keep the busy city at bay.

The master bedroom has two walk-in closets, an en suite bath, and a separate linen closet, while the remaining bedrooms share a bathroom with a deep soaking tub. Closets are a main draw for modern buyers, and this apartment doesn’t disappoint: There are eight in total as well as a private, double-wide storage space in the building’s basement. The unit also includes an eat-in kitchen, breakfast nook, and laundry room.

The 60 Gramercy Park apartment is a half-block walk to the 6 train and an easy stroll to the Union Square Cafe, Gramercy Tavern, and the Union Square Farmers Market. Residents will also have access to the building’s two lush private courtyards and bike room.

Perhaps best of all, a key to the private, adjacent Gramercy Park is included in the purchase price. Located among brownstones in Gramercy Park Historic District, the approximately two-acre fenced-in park is one of only two private parks in the Big Apple. Established in the 1830s, Gramercy has been called the most exclusive park in New York City because there are less than 400 keys in circulation—which means it’s a coveted hideaway for New Yorkers who want to escape the busy city for a spell.

The unit has been listed by Kathleen M. Sloane of Brown Harris Stevens for around $2.9 million.