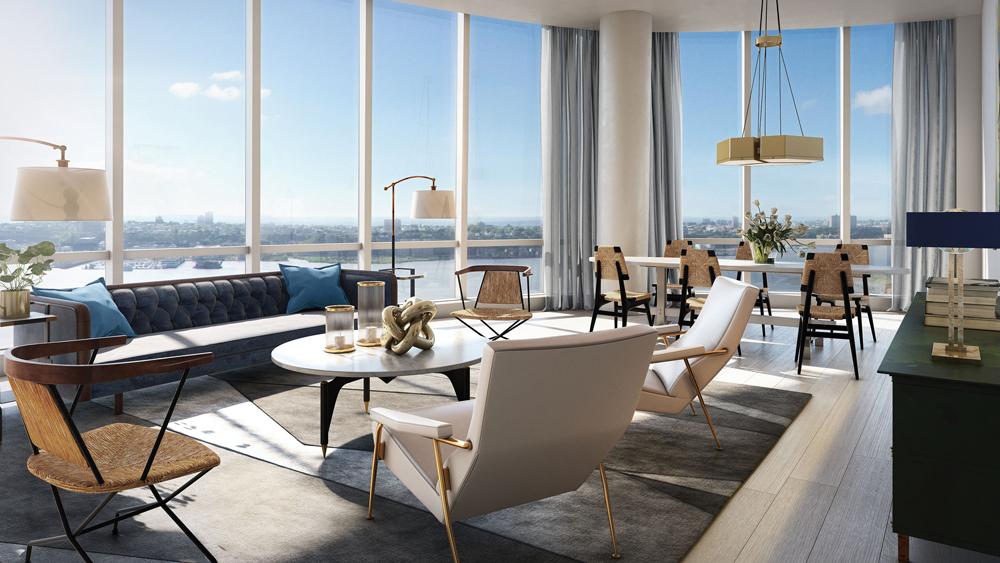 No superlatives have been spared in describing Hudson Yards on Manhattan’s West Side. Located on 28 acres of what was once (and still is) home to some of New York’s first rail yards, this prime piece of urban land—the largest private real estate development in the history of the United States—is being transformed into a thoughtfully designed, upscale city within a city. When completed, Hudson Yards will include approximately 4,000 residences, office towers, a public school, a collection of restaurants curated by Thomas Keller, and more than 100 shops, among them New York’s first Neiman Marcus. Developed by Related Companies and Oxford Properties Group, the megaproject will also incorporate 14 acres of public open space, as well as art-installation and performance venues. “This was once a no-man’s land that just wasn’t on the radar,” says Lisa Simonsen of Douglas Elliman. “And now you have prices that are over $3,000 a square foot. That’s a huge number for a new area.”

While this may be the first luxury project of this scale on the West Side or anywhere else, the neighboring West Chelsea area had been evolving gradually before ground broke on Hudson Yards. “For the past 7 to 10 years, West Chelsea has been one of the fastest-growing neighborhoods in New York, starting with development of the High Line,” says Sherry Tobak, senior vice president of Related Sales, referring to the innovative public park created on 1.5 miles of an unused section of elevated rail. “West Chelsea is now the new Cultural Coast. The Whitney Museum moved to the area, and there are 350 art galleries here.” The High Line will wrap around Hudson Yards, further connecting the complex to the surrounding arts scene.

Slated to open in 2018, Hudson Yards’ condos start at about $3.8 million for a two-bedroom and currently top out at $32 million for a duplex penthouse with panoramic views. Prices per square foot are competing with those in long-established luxury neighborhoods such as Fifth Avenue, and many believe this could become one of the city’s most valuable centers. “This is the very beginning,” says Tobak. “Hudson Yards is an opportunity for buyers to get in on the first residential building before prices go up. The next condominiums will be more and more expensive as the area becomes more developed.”