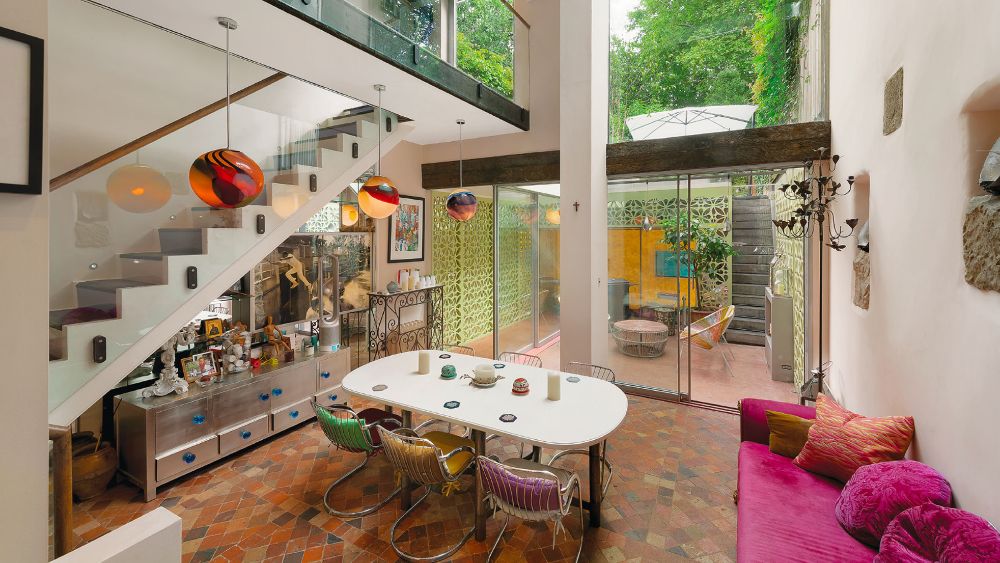 
When Bob Marley and his band The Wailers were recording their 1977 album Exodus, they set up shop on Oakley Street in Chelsea. Now, a property right next door to the late musician’s former pad is up for grabs. Don’t worry, it’ll only cost you a cool £10.75 million ($12.4 million).

The 4,300-square-foot residence was originally built in 1870 by the very same man who was responsible for constructing the entire block. In fact, the architect was so enamored with his work, he decided to keep the abode for himself. Now on its third owner—a British entrepreneur and his wife—the couple were able to breathe new life into the historic dwelling by completing an extensive year-long renovation. While still honoring the home’s 19th-century heritage, it now offers a few modern conveniences including a coveted heated swimming pool, plus some eclectic touches.

The aesthetic is hard to pin down but internally it feels bright, airy and quirky in its spirit. Attributing to its playfulness are 17th-century terracotta tiles, reclaimed wood paneling and beams made from old railway sleepers and a French chateau. One thing’s for sure, the owners certainly aren’t afraid of color. Among the residence’s most notable details are the double-height living area which wraps around a courtyard and overlooks the dining area. Elsewhere, on the ground floor is a separate sitting room with a large picture window allowing you to gaze out at the pool.

In total, there are six bedrooms spread across the home’s four levels and the grand principal suite spans the entire first floor—imagine that. Even more impressive is the garden, one of the biggest in all of Chelsea. The professionally landscaped grounds are indeed a work of art thanks to award-winning garden designer Jane Brockbank. Within the garden is a wall that dates back to a 16th-century manor house built for Henry VIII. The backyard also includes a summer house with its own kitchen, shower and sauna.

It’s clear that the property’s ties to the reggae legend isn’t the only thing working in its favor.

Click here to see all photos of this Chelsea house on Oakley Street.