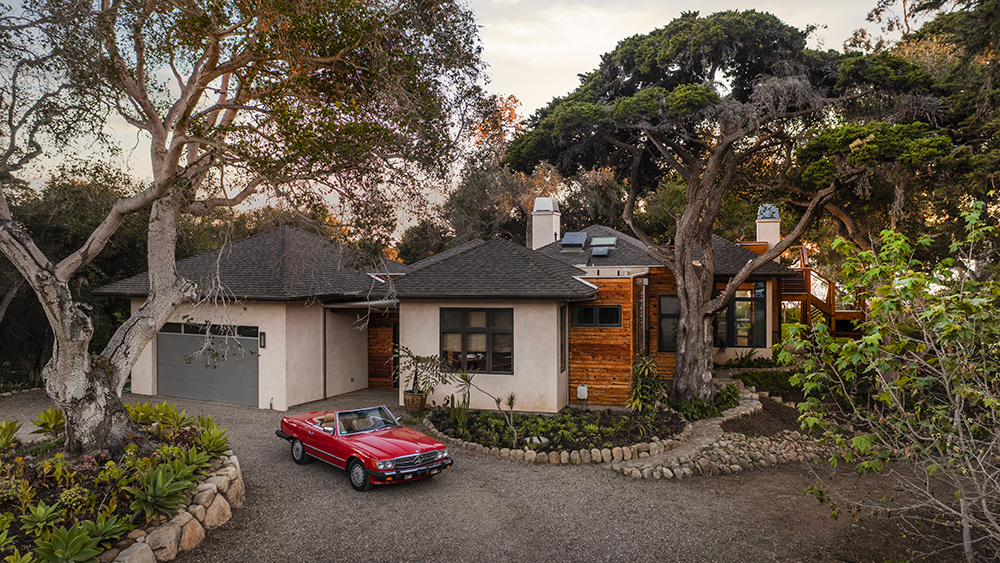 If you like horses, beach activities and Oscar-winning actors, this property may be for you.

The newly listed $109 million estate located in Santa Barbara Country’s Carpinteria will give you access to 4.2-acres of space, horse trails and your very own private beach. Dubbed Rancho Cariñoso, the estate sits on the famous surf break known as Loon Point. It’s also near Kevin Costner’s Padaro Lane estate, which he purchased in 2006.

The property includes a main residence that spans 2,500 square feet. The relatively modest abode includes three bedrooms, four bathrooms, a workshop and a detached garage. Views of the Southern California coastline abound and as a bonus, you can add a pool and additional structures on the land, or even build a nine-stall stable (which it’s zoned for), according to co-listing agent Eric Haskell of the Agency. New owners will be also able to keep a hangar of small boats, kayaks and more on the property’s beach portion.

Sean Matthews of Compass also holds the listing that is being sold by a descendant of Texas oil mogul Arthur Cameron and model-actress Kay Aldridge. The seller, Arthur Cameron III, told The Wall Street Journal that he inherited the property from his father and used it as a year-round beach retreat and riding spot for his horses. The 40-year-old investor and polo player is just one of the owners who’s kept the property in the family for more than four decades. He also owns a 377-acre ranch north of Santa Barbara and is selling the Carpinteria estate to move on to the “next adventure,” WSJ reports.

A view of the kitchen from the living room.  Gavin Cater

The home was built in 2014 and is surrounded by legacy estates (properties gifted to beneficiaries of a will) that rarely come on the market in Carpinteria, according to Haskell. Though the estate is surrounded by a never-ending amount of foliage, which is great for privacy, it’s still an oceanfront property—making it an in-demand listing. In fact, Haskell tells WSJ, “we’re at a peak buyer interest, especially high-end buyer interest. So, if you’re ever going to let go of a legacy property, the timing is right.”

Fans of Costner, your potential neighbor, may be aware that his 10.25-acre property next door was listed for $60 million in 2017. At the time of this writing, the home has yet to sell and is on the market for a discounted asking price of $49 million. Whether you’re invited over for drink or not, you’ll be able to enjoy the same local attractions as the actor, including trips to the Santa Barbara Polo & Racquet Club, access to a private airport and luxe shopping and dining in Montecito Village. All of this is just 80 miles north of Los Angeles.

“This world-class legacy property is unlike any other beachfront estate on the market today,” Matthews says in a statement. “It is truly an equestrian enthusiast’s dream.” For more information on the listing, contact Eric Haskell at the Agency or Sean Matthews of Compass.