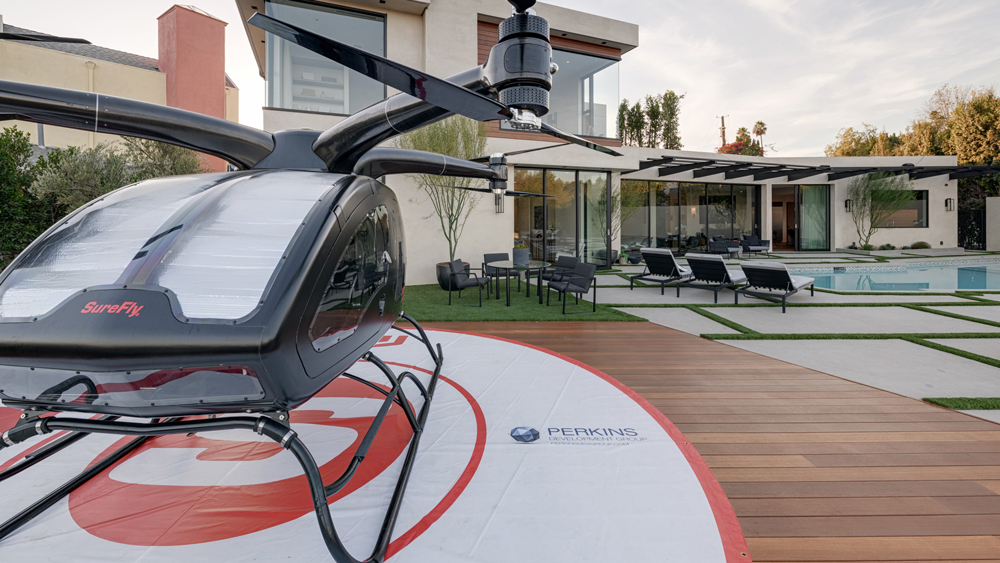 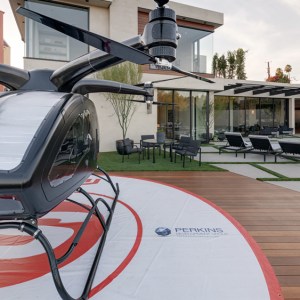 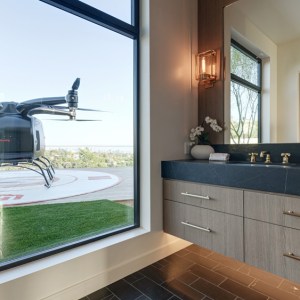 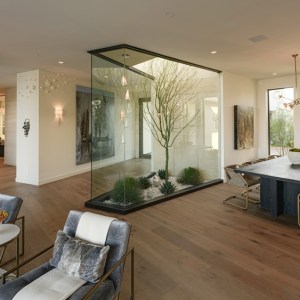 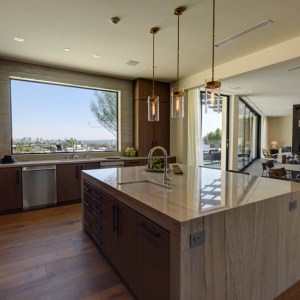 Going off the grid doesn’t have to mean moving to the middle of nowhere and subsisting on your own vegetable garden. Developed by Rick Perkins of Perkins Development Group and located in the Crestwood Hills community of Brentwood, Calif., this newly built home can exist completely off the grid thanks to solar panels backed up by Tesla batteries—yet it’s located just miles from big city attractions like the Getty Center, Santa Monica Pier, and critically acclaimed restaurant Vespertine.

Spread across 8,059 square feet, the residence will house six bedrooms (including two master suites with walk-in closets and steam showers on separate floors) and seven-and-a-half baths. Large glass windows look out to downtown Los Angeles, while wood and marble accents throughout give the home a sleek, modern aesthetic. The formal dining room overlooks a sky-lit glass solarium with a tree and native plants, while the open-concept kitchen is outfitted with a large marble island and stainless-steel appliances.

A 28-foot glass wall leads from the kitchen and living area to the pool deck, where there’s plenty of room to dine or watch the sunset near the sparkling pool. As an ardent proponent of passenger drones, Perkins integrated a helipad onto the pool deck. (Manufacturing company Workhorse debuted its personal drone octocopter SureFly at the home’s launch event. The Octo-quad layout has four arms and eight rotors as well as an advanced autopilot system, battery backup, and full aircraft emergency ballistic parachute.)

Designed for entertaining, the lower level has a gym with an infrared sauna and space for a move theater. And an underground lift can transform the two-car garage into a space for three vehicles. A whole-home automation system that controls the lights, audio, room temperature, and doors can be managed by an iPad.

The pocket listing will be by Billy Rose of the Agency. The asking price is just under $12 million.