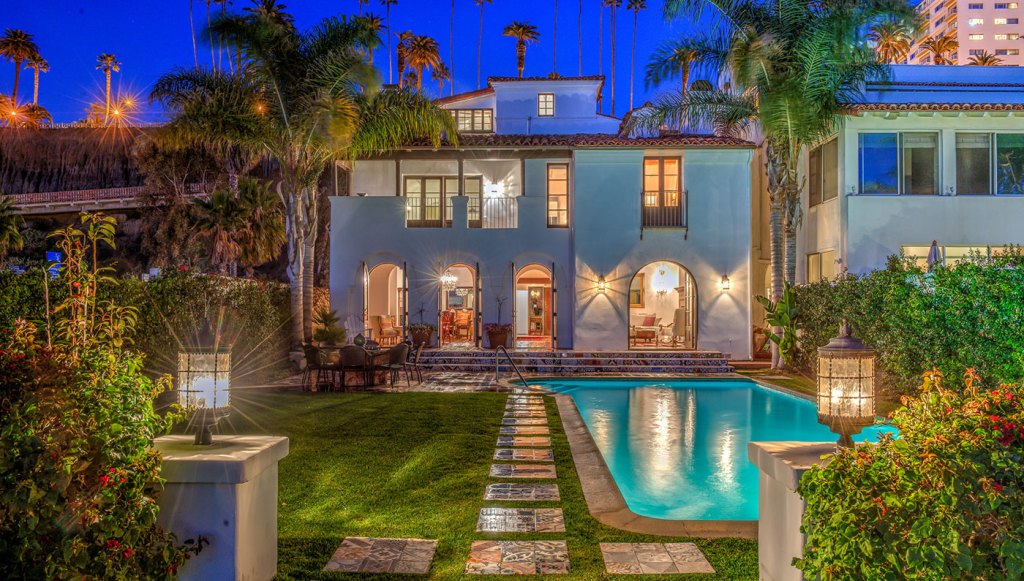 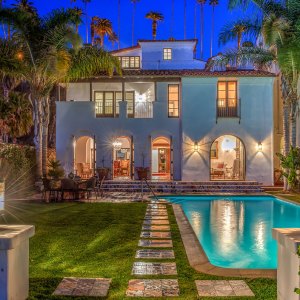 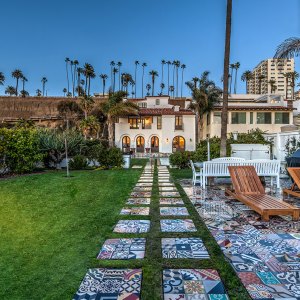 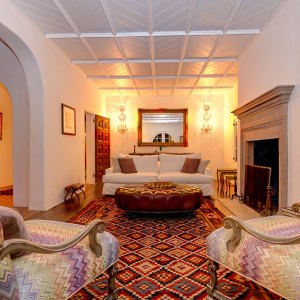 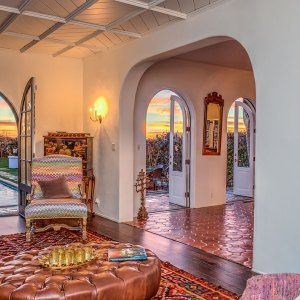 Situated near the water’s edge, the Spanish-style Norma Talmadge home in Santa Monica, California, shares a special link to Hollywood’s silent movie era. Norma Talmadge—a roaring twenties actress who became America’s top box office star by 1923—arranged for the home to be built in 1928. While living at the coastal retreat with her actor-producer husband, George Jessel, she hosted a flux of friends, including director D.W. Griffith.

The beachfront hacienda is now on the market for $16.5 million (and for lease for $39,000 per month), making it the perfect place for anyone wanting to throw glitzy parties of their own. Showcasing a red-tile roof, white exterior, and curved archways, the 6,130-square-foot home features seven bedrooms and six bathrooms. Sweeping archways and tiled floors are sprinkled liberally throughout the three-story home.

The dining room displays an old-fashioned chandelier and fireplace, while the living room features a fireplace of its own and double doors that lead to the yard. The second story includes two large master suites with fireplaces, hardwood floors, chandeliers, and dressing rooms. One of the most eye-catching amenities on the second floor is a deep copper soaking tub, which promises rejuvenation at the end of days spent exploring the surrounding Santa Monica shopping areas. The house is situated around a courtyard with a mosaic tile pattern and fountain. Outside, a large pool and fire pit overlook the coastline.

According to Hollywood lore, Talmadge started the Grauman’s Chinese Theatre tradition of immortalizing stars’ handprints, footprints, and signatures in cement when she accidentally stepped in wet concrete. Now, her time-honored home is ready for a new owner to leave their own indelible impression. (theagencyre.com)