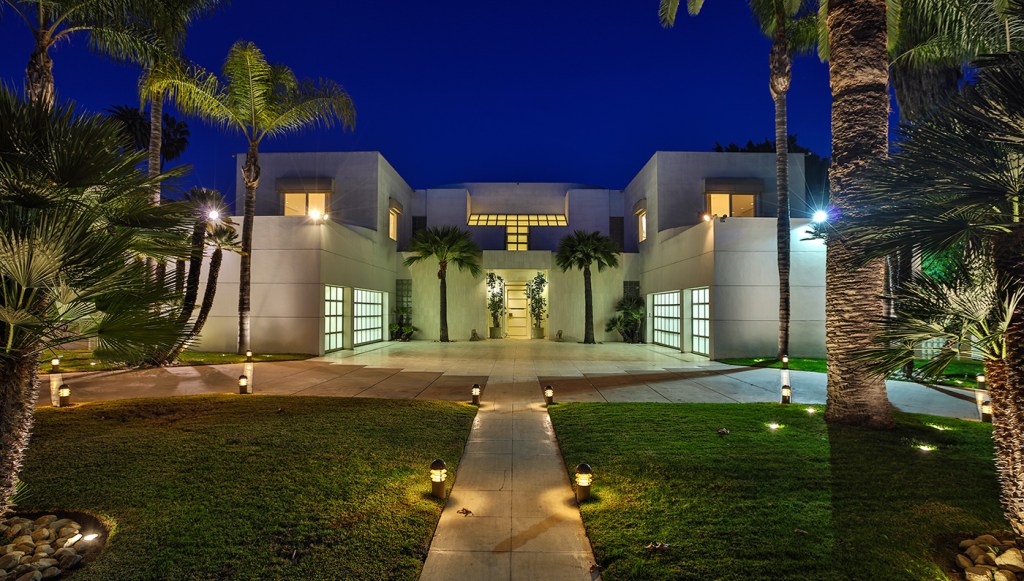 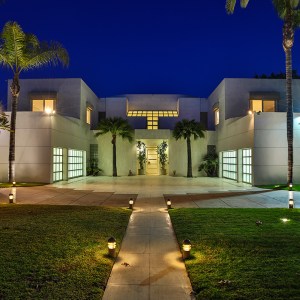 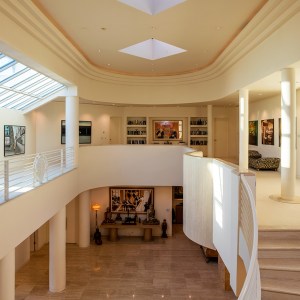 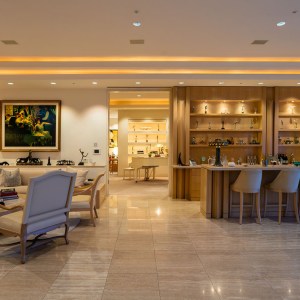 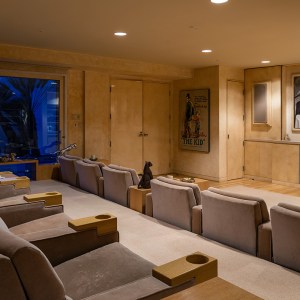 Known as the queen of Hollywood romance, author Jackie Collins wrote 32 steamy novels during her prolific career, several of which became movies. Colorfully depicting Hollywood scandals and trysts, each of her books made The New York Times bestseller list, and over 500 million copies were sold worldwide. After visiting countless Hollywood mansion parties throughout her career, Collins already knew what she wanted when she purchased the land to build her own estate in the 1980s.

Situated on a gated one-acre lot, the resulting 21,784-square-foot Jackie Collins estate (currently listed for $24.5 million) was inspired by David Hockney’s painting, A Bigger Splash. A glamorous entryway with a curving staircase leads to an eight-bedroom main house with 15 bathrooms and clean lines. A 100-foot-long art gallery connects the main house to a guest apartment, a gym and sauna, a screening room, and offices. Throughout both are multi-tiered soffits, marble accents, and floor-to-ceiling windows and skylights that flood light into the open-concept space.

The master suite boasts sweeping views of the Hollywood Hills as well as built-in bookshelves, a marble bathroom, and a circular glass shower that overlooks the courtyard below. An expansive chef’s kitchen, a six-car garage, and a second-story gym overlooking the courtyard, pool, and hot tub round out the list of amenities. (hiltonhyland.com)