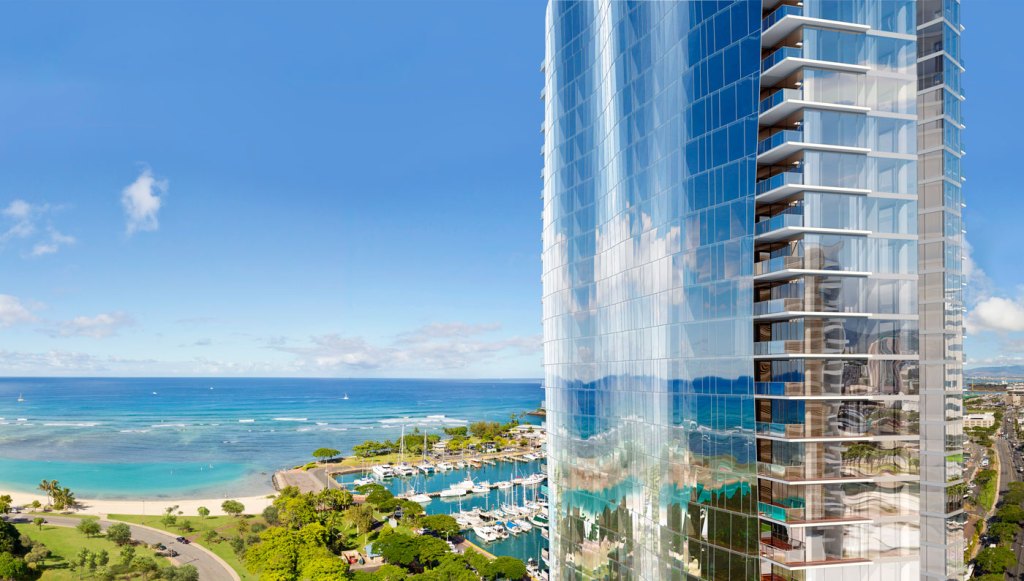 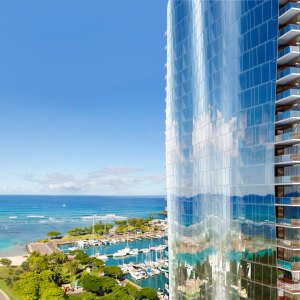 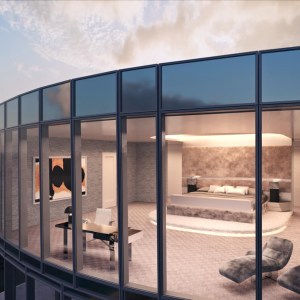 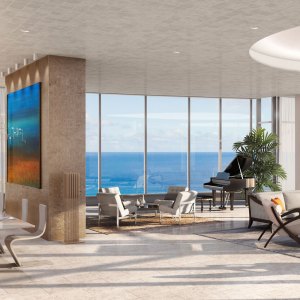 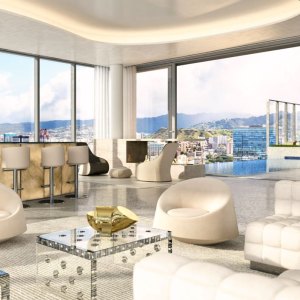 Nestled against the south shore beaches of Oahu, Hawaii, the forthcoming Waiea Tower—part of the 60-acre Ward Village community developed by The Howard Hughes Corporation—is scheduled to be completed in late 2016. Located mere minutes from Honolulu’s bustling city center and about a mile west of iconic Waikiki Beach and its renowned surf, the Waiea Tower will be one of the most luxurious residential project in Ward Village, and it will feature an assortment of on-site amenities including an infinity-edge pool, an indoor golf simulator, and a fitness center with a yoga room. While the tower features 175 residences, including 10 townhomes and a total of 14 penthouses, the crème de la crème is the $36-million Grand Penthouse, a five-bedroom abode located on the 36th floor.

The more than 10,000-square-foot glass penthouse offers soaring views of the Pacific, the Diamond Head volcano, and the Honolulu skyline. The sumptuous master bathroom is equipped with a deep soaking tub, his-and-hers sinks, and floor-to-ceiling windows that showcase the main attraction—the cobalt blue ocean below. The open-concept kitchen and living space lead outside to a rooftop pool and a one-bedroom guesthouse with a full kitchen, bar, and living room. And a separate four-car garage provides plenty of space to stow exotic cars. If sold at asking price, the penthouse would set an impressive record: No other penthouse in Hawaii has ever sold for more than $20 million.

A floor below, another Waiea Grand Penthouse is vying to break the $20-million mark. Listed at $35 million, the second penthouse features an additional bedroom (for a total of six). (Inquiries: Bill Pisetsky, Bill.Pisetsky@howardhughes.com, 808.426.7671, wardvillage.com)

For $43 Million, You Can Pick Up a Historic Bel-Air Mansion From a Media Heiress