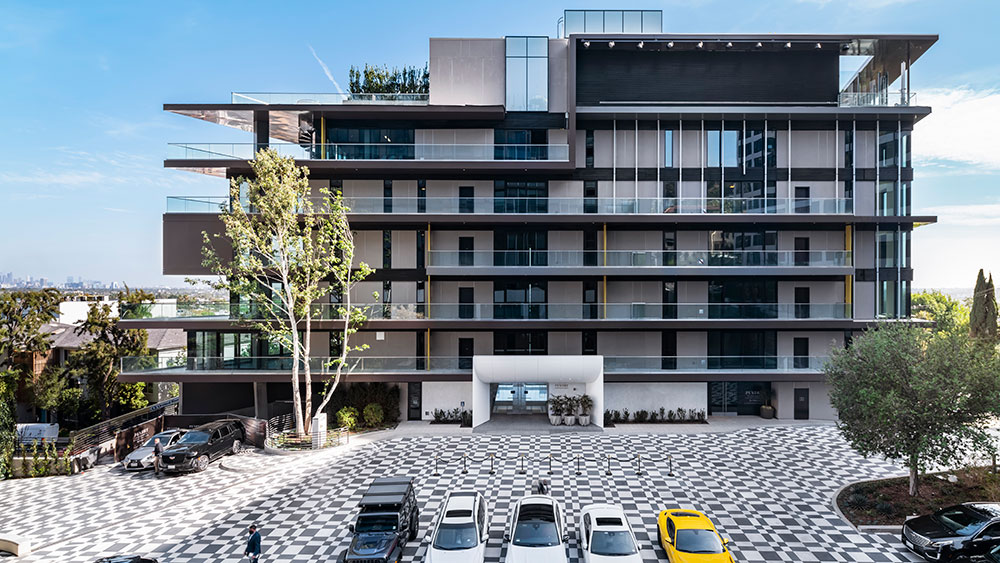 One of the things we discovered about urban humanity in 2020 was that distance from other people was the number one amenity that everyone wanted. No one really needs a meditation pod or a gift-wrap station, but not having to make small talk in the elevator with the people in 4B is, it seems, worth paying for. So it stands to reason that a new luxury condo building that launched in LA this month has managed to squeeze in a separate entrance and two private elevators for each of its 40 apartments.

The Pendry Residences West Hollywood, tucked behind the 149-room Pendry Hotel on Sunset Blvd, has just opened after two years of construction, during which time some residences were sold off-plan. The next phase of completed apartments is now on sale. The homes, which range from $3 million to $30 million, are large, polished and airy, with private decks opening onto a panoramic perspective of the Hollywood Hills and downtown LA. The terraced design of the building, on a sloping hillside location on Olive Drive, allows many apartments to enjoy uninterrupted cityscape views. 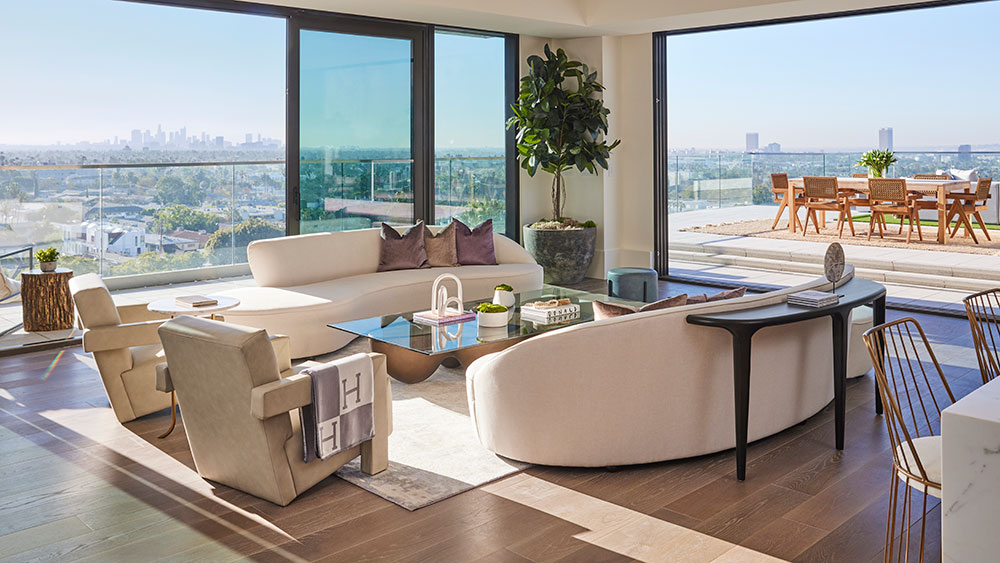 A living room at Pendry Residences West Hollywood opens on to a terrace.  Photo: Justin Coit

The homes, which range from a 2,000-square-foot two-bed to a three-bed stretching over more than 4,500 square feet, are accessed via discrete individual elevators. According to Ehrlich Yanai Rhee Chaney Architects, which designed the building, it’s “unlike a typical condominium” in terms of layout, having been “built without interior corridors, allowing each home to be accessed via two private elevators (one passenger and one service) that take the owner from the secure parking garage directly into their individual home.”

So residents, spared not only elevator-sharing but also corridor-walking and lobby interaction, can transfer seamlessly from the sealed compartment of their car to the bubble of their elevator and the privacy of their home, unsullied by human contact. Visitors gain admittance via “a series of elevator lobbies offering secure access to the individual homes.” 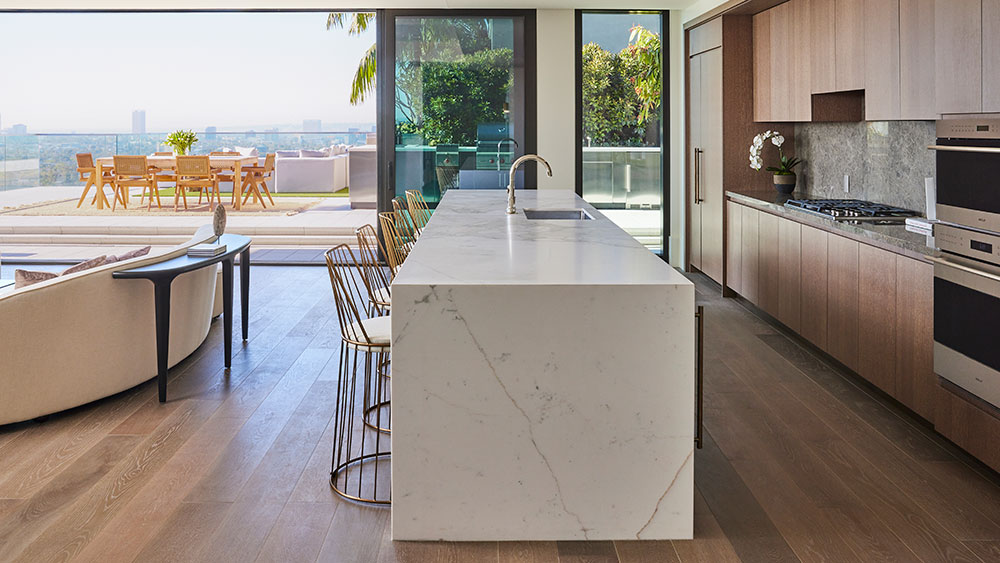 Once inside, residents of the fully furnished, turnkey apartments can enjoy kitchens custom-designed by Martin Brudnizki, with extra-large Calacata Borghini marble islands. Don’t feel like cooking? Dinner can be ordered in from the various Pendry restaurants. Bathrooms are boldly finished in Arabescato Cervaiole marble, and spacious walk-in closets are a marvel of compartmentalized cabinetry. But it’s really all about the terraces and the views, and the interplay of indoor and outdoor. Each apartment has a private deck, but seven higher-priced homes have terraces with fire pits, private pools, hot tubs and outdoor kitchens, some spanning more than 3,400 square feet.

“I always found West Hollywood to be a very romantic neighborhood,” Brudnizki says. “Looking up at the famous hills and bright blue sky, the surrounding streets scattered with beautiful greenery. Pendry Residences West Hollywood sits very naturally in this position, its different architectural layers responding to the vertical topography of the landscape. The interiors were chosen to meld with this Californian scenery as a soft and dusty palette in pinks, greens and blues features throughout.” 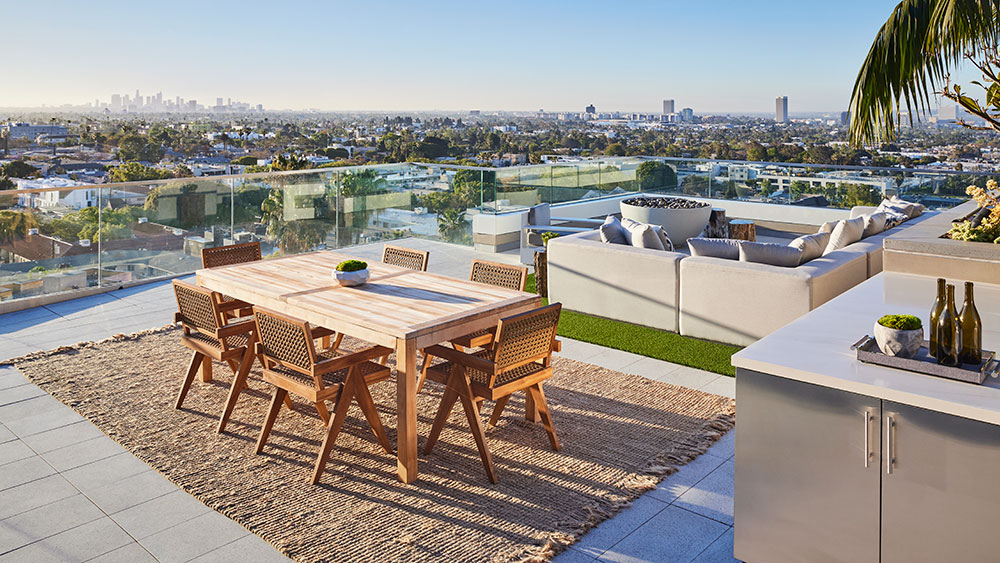 The terrace has a table and a firepit.  Photo: Justin Coit

Residents have access to all amenities—including room service—at the neighboring Pendry Hotel, including a rooftop pool, several restaurants overseen by Wolfgang Puck. The Britely, a private social club, will offer two private dining rooms, a gym, spa, bowling, screening room and performance venue. Shared amenities within the residence building itself, which is operated by Montage Hotels & Resorts, include a rooftop pool, fitness center, lounge and wine room. But be careful—you might meet your neighbors.

Check out more photo of the Pendry condos below: 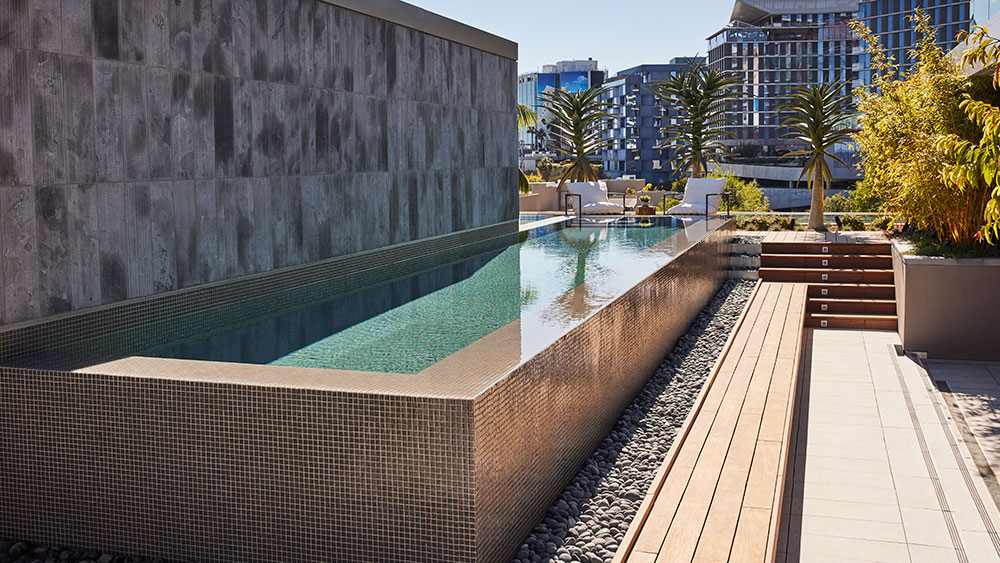 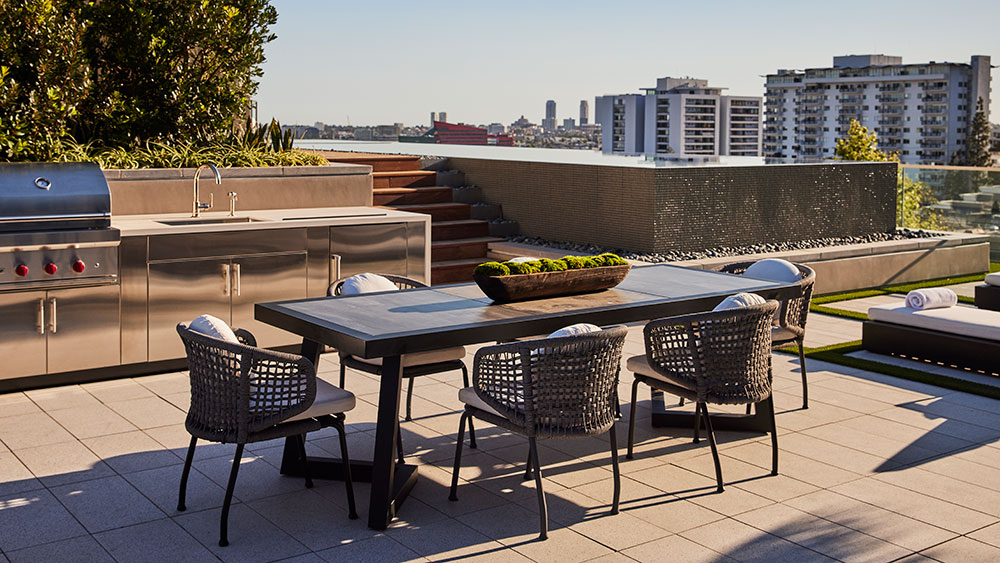 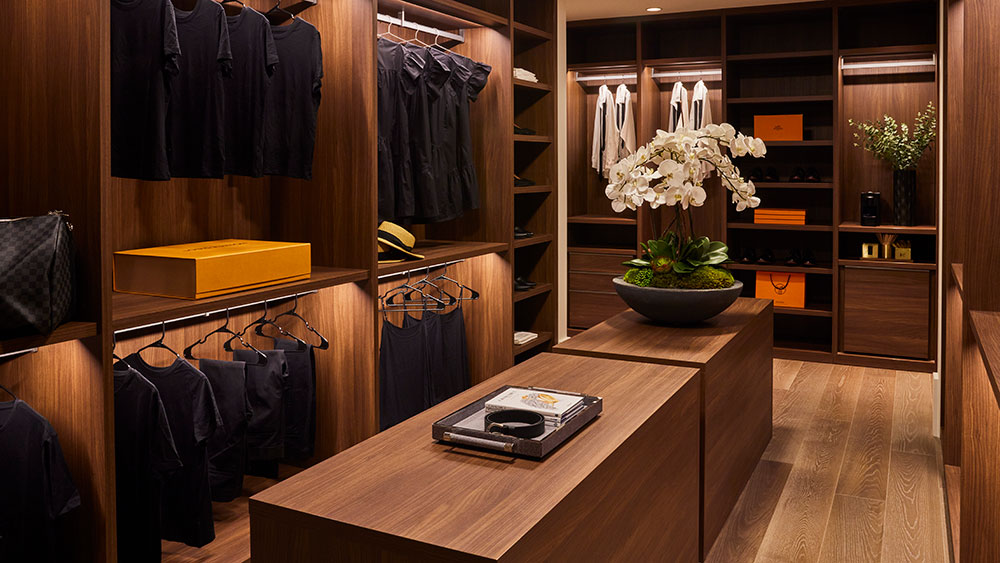 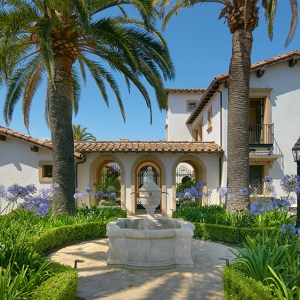 This Historic Frank Lloyd Wright Home in LA Is a Designated Cultural Monument. It Can Be Yours for $4.25 Million.