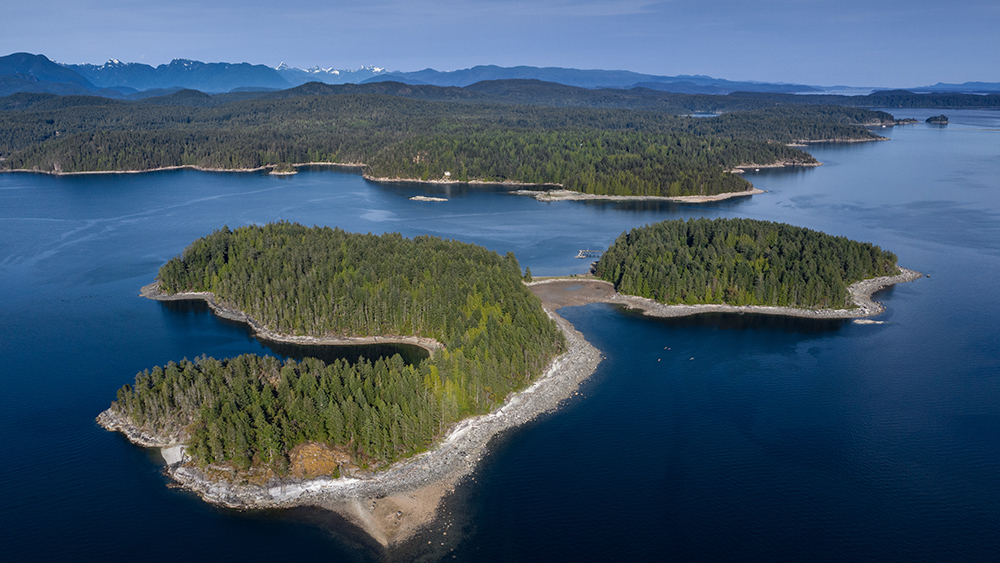 Who doesn’t love a good two-for-one? That’s the logic behind a new private island listing—priced as just one property for $18 million, it’s actually two separate isles connected by an isthmus with a road.

The 75-acre offering, dubbed the “Subtle Islands,” is just a 45-minute floatplane ride from Victoria, with the closest major city being Vancouver. In other words, it’s very private, so it’s an excellent social-distancing solution.

Facilities are split between the two islands. The North Island, which is the larger by a small margin, contains the main house—an 11,000-square-foot residence that feels both outdoorsy and contemporary. Cross the isthmus to the South Island and you’ll have access to an equestrian barn, which has two self-contained bedroom suites and can be converted into a guest house, should the next owner not be as keen on riding. Also on the South Island is a boathouse and airplane hangar.

There are plenty of things to do between the two. You can take a kayak or sailboat out on the water, fish off the dock, ride horses, tend to the property’s built-in vegetable garden or just walk along the beach.

The previous owners used the Subtle Islands as a family retreat for 25 years. It’s likely that, given the sheer space and square footage, the future buyer will use it for a similar purpose—especially now, when demand for remote, private property is at an all-time high.

“With what’s going on in the world now, we’re seeing an increase of people looking for properties like this,” listing agent Scott Piercy of Engel & Völkers tells Robb Report. “Isolation is the ‘in’ thing.”

One of the biggest perks about this private isle duo is that, unlike many other far-flung chunks of land, it’s already built out for you. All the infrastructure is there: electricity, running water and the like—which can be a real headache to build yourself when buying a new, undeveloped island.

Plus, the Subtle Islands are being offered turnkey, so purchase includes all equipment and vehicles. There’s plenty of room to develop new buildings here too, so you can pick up where the last owners left off and make a idyllic family getaway of your own.