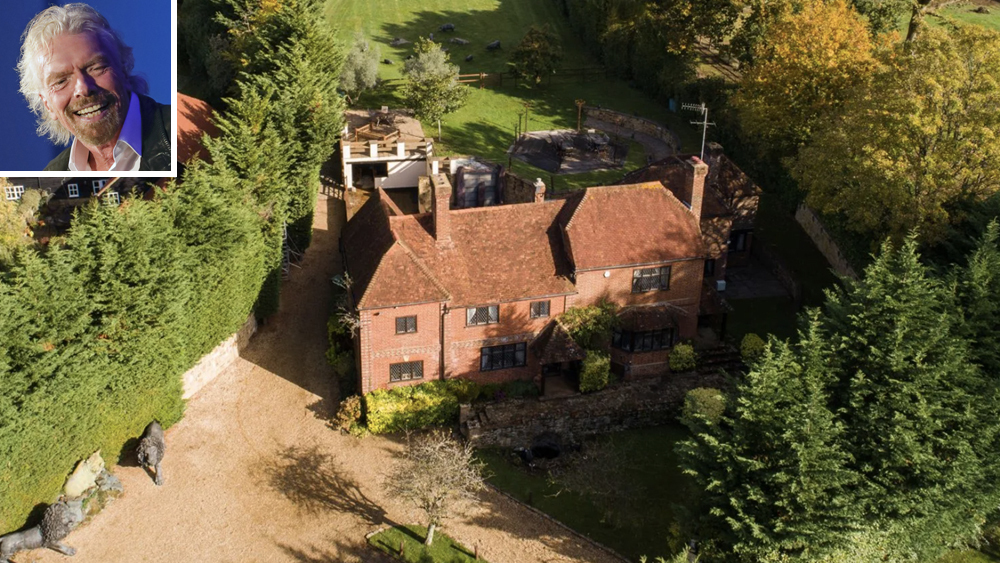 A very select few can afford to live in the same kind of digs as Richard Branson. It appears that is also true for the house where it all started for the business magnate and Virgin founder.

Tanyard Farm, the English home where the self-made billionaire grew up, was just listed for sale last week by United Kingdom Sotheby’s International Realty. And while it may not be a private island, it is a picturesque country home with a substantial price tag in its own right: £4 million, or just shy of $5.2 million at current exchange.

The price isn’t due only to its pedigree. The red-brick residence sits on 1.4 acres of lush land tucked away in the bucolic Surrey Village of Shamley Green. The distinguished break home was acquired in 1963 by Branson’s parents, Edward and Evette, from a viscountess, according to Mansion Global. While the 70-year-old didn’t spend all of his childhood years in the house, it was the site of some of his first money-making ideas, like selling Christmas trees and birds.

Nestled amid plenty of countryside greenery, the 3,273-square-foot, single-family home has four double-size bedrooms and three full bathrooms across its two floors, according to the listing. The interior features high, beamed ceilings, spiral staircase, a cozy fireplace, bespoke kitchen, conservatory, office, study and formal dining room that can seat up to 10. Outside, the sprawling garden features several patios and seating areas, and there’s plenty of room for expansion, though you’ll have to get local approval. There’s also a long driveway in front and an electric gate for privacy.

Not only was the residence is one-time home to one of the world’s richest men, it will also give you the chance to experience classic British country life: The property is located near the local cricket green, a village store, a café and two pubs.

While Tanyard Farm is far from the most expensive home that Branson has lived in over the decades, it may well be the most genuinely charming. If you’re interested in the idyllic, four-bedroom property, you can reach out to Jason Corbett at United Kingdom Sotheby’s International Realty for more information.